SEOUL, March 15 (Yonhap) -- President Moon Jae-in is scheduled to receive an AstraZeneca vaccine shot next week in preparation for participation in a Group of Seven (G-7) summit to be held in Britain, Cheong Wa Dae announced Monday, as health authorities here have decided to extend the use of the COVID-19 vaccine to the elderly.

In accordance with a related procedure drawn up by Korea Disease Control and Prevention Agency (KDCA), Moon and first lady Kim Jung-sook plan to take the vaccine in public on March 23, according to Cheong Wa Dae spokesman Kang Min-seok. 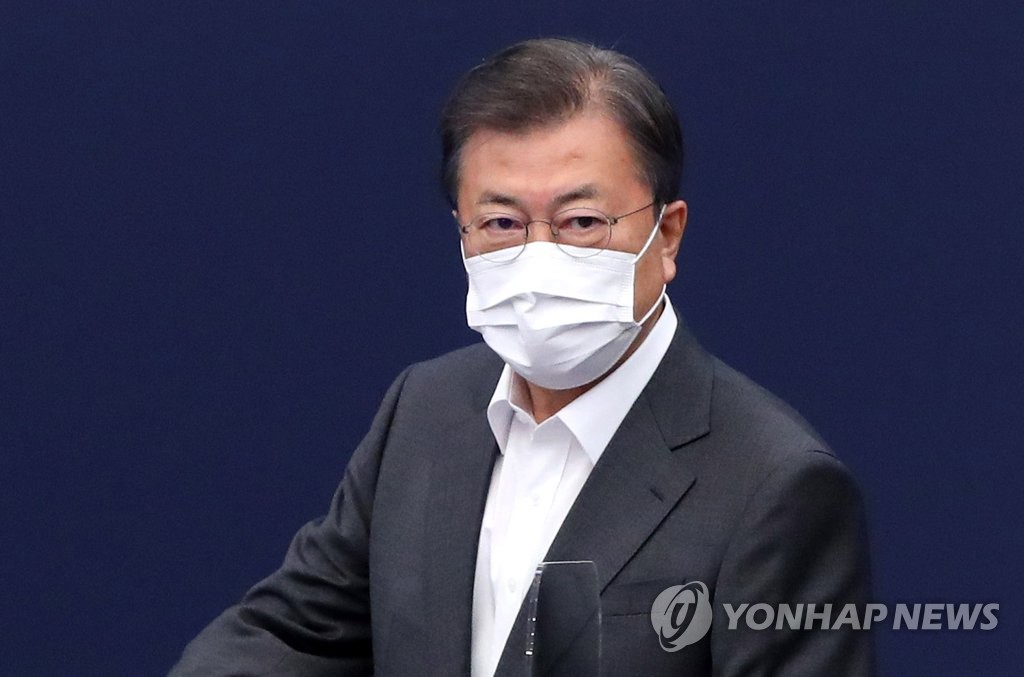 The KDCA, which is in charge of South Korea's state vaccination program, is giving priority to Moon, 68, and Kim, 67, as they require "essential" foreign travel for the diplomatic event. Britain has invited Moon to the multilateral session.

Some officials who will accompany Moon on the upcoming trip will also take the vaccine.

The AstraZeneca vaccine will be available for those aged 65 and older in South Korea starting on March 23, Kang said.

The president has decided to roll up his sleeves first partly in a bid to ease public concerns about the safety and efficacy of the vaccine, he added.