Jen Psaki also said the U.S. will continue its diplomatic efforts to denuclearize North Korea while working closely with U.S. allies in the region.

"I can confirm that we have reached out. We obviously have a number of channels as we always have had that we can reach out through," Psaki told a press briefing.

A senior U.S. administration official earlier told Yonhap News Agency that the Biden administration has attempted to reach out to North Korea through several channels, "starting in mid-February, including in New York."

Pyongyang has a diplomatic mission to the United Nations in New York. The other common channel is through Sweden, which has diplomatic ties with the North.

"But to date we have not received any response," the White House spokeswoman told the press briefing. 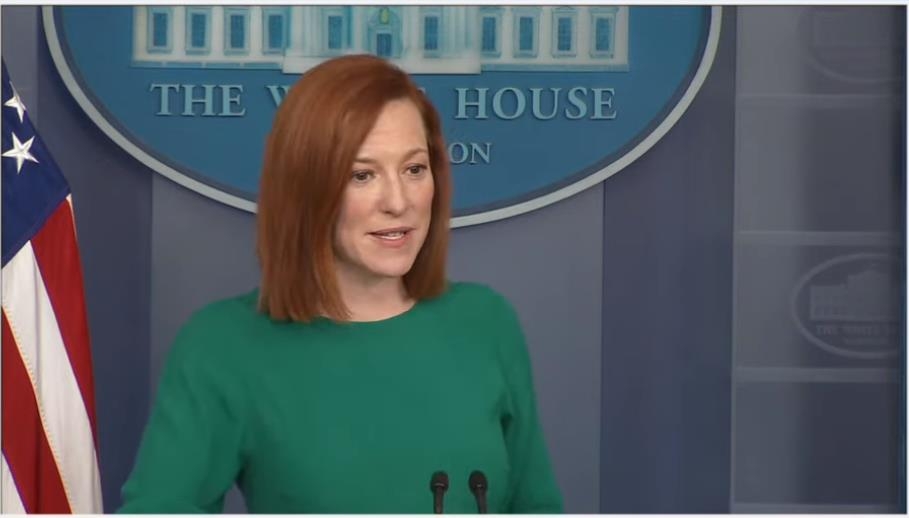 The White House spokeswoman pointed out that North Korea has been unresponsive to U.S. efforts to engage for more than a year.

"This follows over a year without active dialogue with North Korea despite multiple attempts by the U.S. to engage," said Psaki.

The North has stayed away from denuclearization talks since leader Kim Jong-un's second bilateral summit with Donald Trump in Hanoi ended without a deal in February 2019.

The last U.S.-North Korea dialogue was held in late 2019.

"Diplomacy continues to remain our first priority. I think you can all anticipate that there will be a continued expansion of engagement with partners and allies in the region, and this will of course be a topic of discussion," she said.

"We have and will continue to engage with our Japanese and South Korean allies to solicit input, explore fresh approaches. We've listened carefully to their ideas, including through trilateral consultations," she added.

Secretary of State Antony Blinken and Defense Secretary Lloyd Austin are currently on a trip to Japan and South Korea, which the State Department earlier said will offer an important chance for the U.S. allies to provide their input into a new U.S. policy toward North Korea.

The U.S. is undergoing a comprehensive review of its North Korea policy that it says will offer a new approach toward how to denuclearize the North.

"We've listened carefully to their ideas, including through trilateral consultations," said Psaki. "Our goal is to reduce the risk of escalation."