He was greeting visiting ministers from Costa Rica, Guatemala and Colombia, as well as Brazil's ambassador to Seoul, at Cheong Wa Dae.

The ministers are on a visit to Seoul for the two-day Korea-LAC Digital Cooperation Forum to open on Wednesday.

"I emphasize once again that South Korea has a firm will to actively support Central and South American nations, as an optimal and reliable partner, in the process of their transition to an eco-friendly digital economy," Moon said. 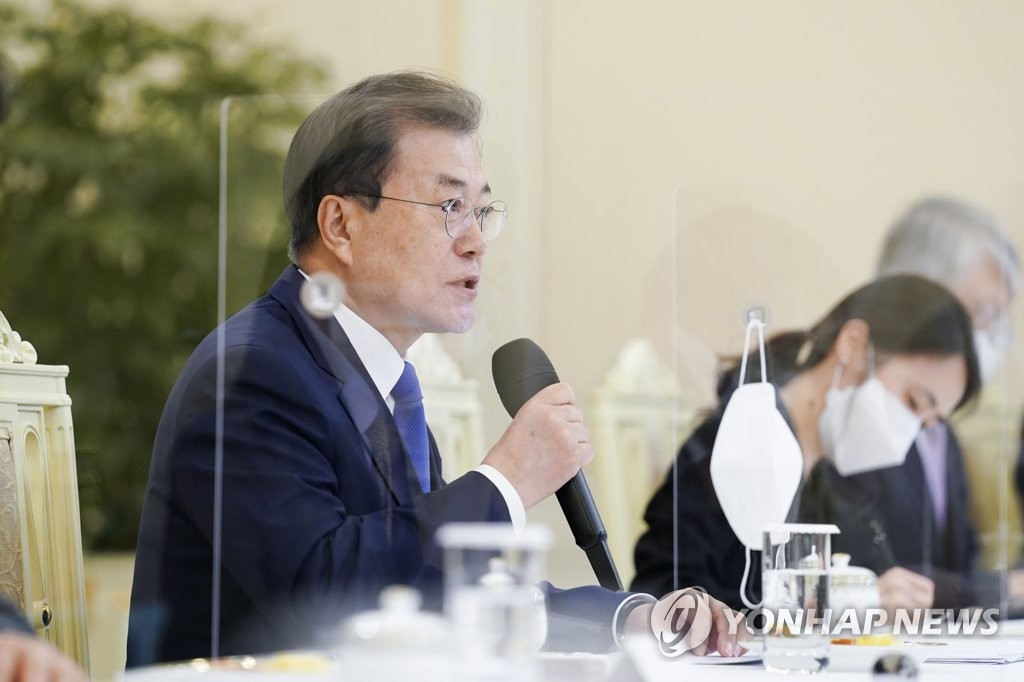 He pointed out that the South Korea-Central America free trade agreement (FTA) took effect in January. South Korea is also trying to join the Pacific Alliance trade bloc as an associate member state and reach an FTA with Mercosur, he added.

He expressed hope for South Korea and LAC nations to open the way for win-win cooperation in the environmental and digital innovation field, which is a key agenda item of this week's forum.

The Brazilian minister was invited to the Cheong Wa Dae meeting, but he was absent as a member of his entourage had yet to get a COVID-19 testing result. The Brazilian ambassador, Luis Henrique Sobreira Lopes, attended instead.

The meeting was a rare instance of face-to-face diplomatic activity by Moon in the midst of the pandemic. 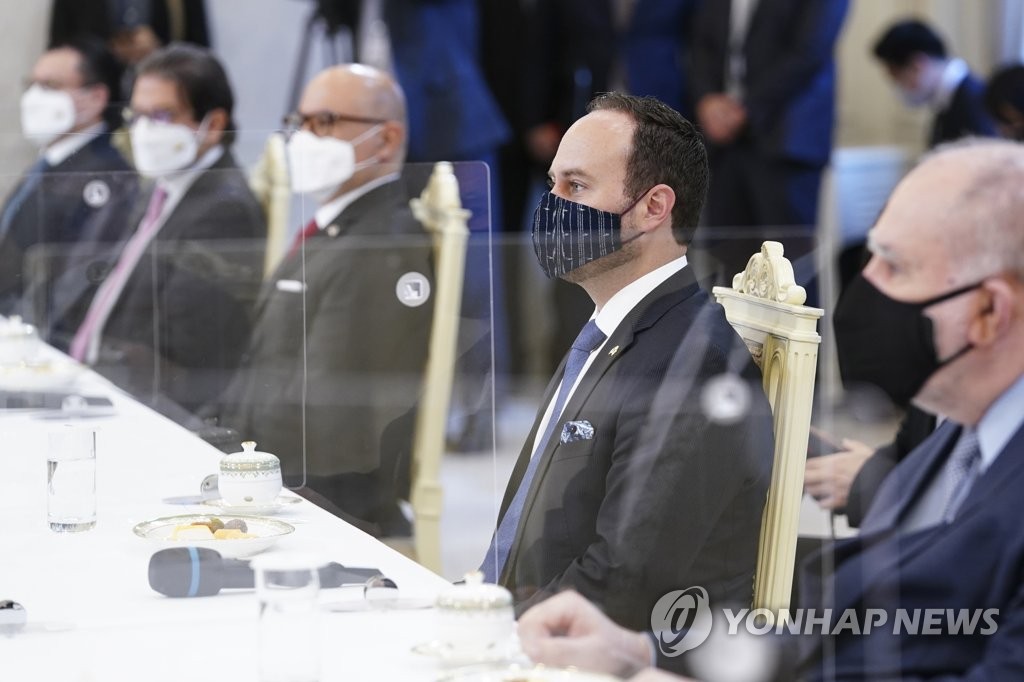