During a press conference with Defense Secretary Lloyd Austin and their Japanese counterparts, Toshimitsu Motegi and Nobuo Kishi, in Tokyo, Blinken also pointed out the U.S.' commitment to dealing with human rights abuses in the North.

His remarks came hours after Kim Yo-jong, the sister of North Korean leader Kim Jong-un, decried the ongoing South Korea-U.S. military exercise, warning Washington not to do things that would "keep it from getting a good night's sleep if it wants to sleep well for the next four years."

"We're looking at whether various additional pressure measures could be effective, whether there are diplomatic paths that make sense, all of that is under review," Blinken said at the press conference following the so-called two plus two meeting with the Japanese ministers.

"Going forward we have a shared determination to deal with the challenge posed by North Korea, particularly when it comes to its nuclear missile programs, as well of course as its abuse of human rights," he added. 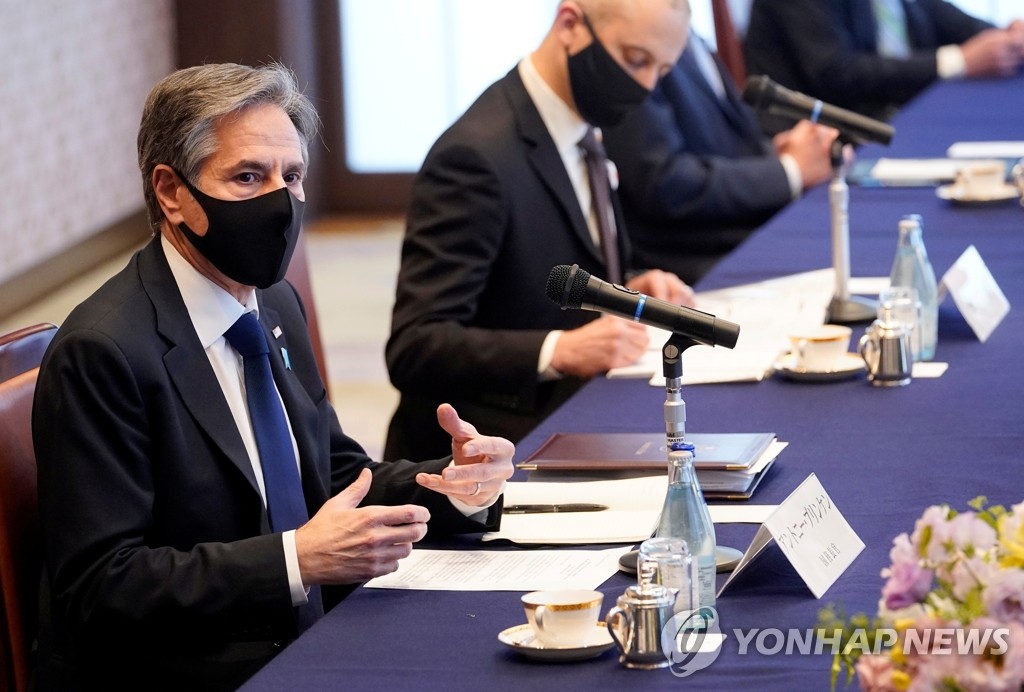 The top U.S. diplomat also mentioned Washington's efforts to engage in dialogue with the North through channels, including in New York, and that there has yet to be a response from the recalcitrant country.

In a joint statement of the two plus two meeting, the two sides reaffirmed their commitment to the "complete denuclearization of North Korea" and urged Pyongyang to abide by its obligations under U.N. Security Council resolutions.