WASHINGTON, March 16 (Yonhap) -- Serious discussions on the nuclearization of South Korea and Japan may put pressure on China to finally step in and help denuclearize North Korea, a Republican member of the U.S. House of Representatives said Tuesday.

Rep. Steve Chabot from Ohio argued the only way to denuclearize the North is to have China put more pressure on Pyongyang.

"The thing that scares the PRC, that keeps them awake at night, is a nuclear Japan or a nuclear South Korea," said the ranking member of the House Subcommittee on Asia, the Pacific, Central Asia and Nonproliferation.

"I'm not suggesting that we ought to assist them in nuclearizing. But what I think we should do is, we ought to talk seriously with those two nations about that," he added in a webinar, co-sponsored by the Washington Times Foundation and Universal Peace Federation's International Association of Parliamentarians for Peace. 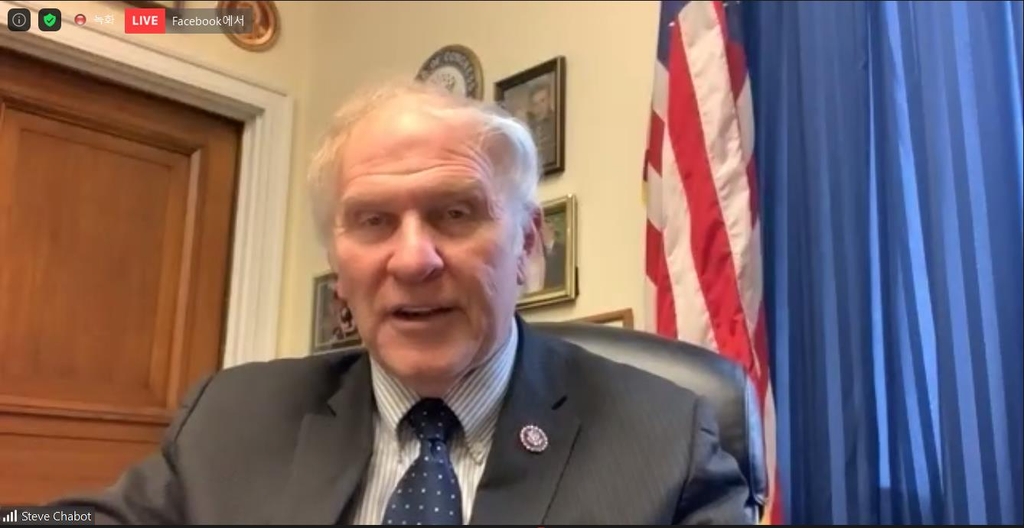 Chabot noted the North has signed a number of denuclearization agreements with the United States and other countries, but has violated every one of them.

"I think I could almost guarantee that as soon as it's signed that they're going to look for ways to violate it and they probably will, as long as China will let them get away with that," he told the webinar. "So the key to North Korea is China."

The congressman argued China has not done everything it can to denuclearize the North, let alone implement U.N. Security Council sanctions on North Korea.

"If you want to get serious, for example, with sanctions, we could consider sanctioning China's financial institutions that do business with North Korea. That would certainly get their attention," said Chabot.

He insisted discussions about arming South Korea and Japan with nuclear weapons will leave China with no choice but to help with their denuclearization efforts.

"I think discussions between the United States and those two countries, serious discussions about the viability of that and how you would move forward, that will get China's attention," he said.

Chabot also noted many would likely oppose the idea of nuclearizing U.S. allies that would violate the international nonproliferation regime, but insisted it may be the only way to move China to put more pressure on North Korea to denuclearize.

"But I think that's the only way you're probably going to get China to put the pressure on North Korea that would take to get them to back off their nuclear program," he said.