Blinken made the remarks at the start of his first face-to-face talks with Foreign Minister Chung Eui-yong in Seoul, stressing the U.S. will continue to work together with South Korea, Japan and other allies for the denuclearization of the North.

"The authoritarian regime in North Korea continues to commit systemic and widespread abuses against its own people," Blinken said. "We must stand for fundamental rights and freedoms and against those who oppress it." 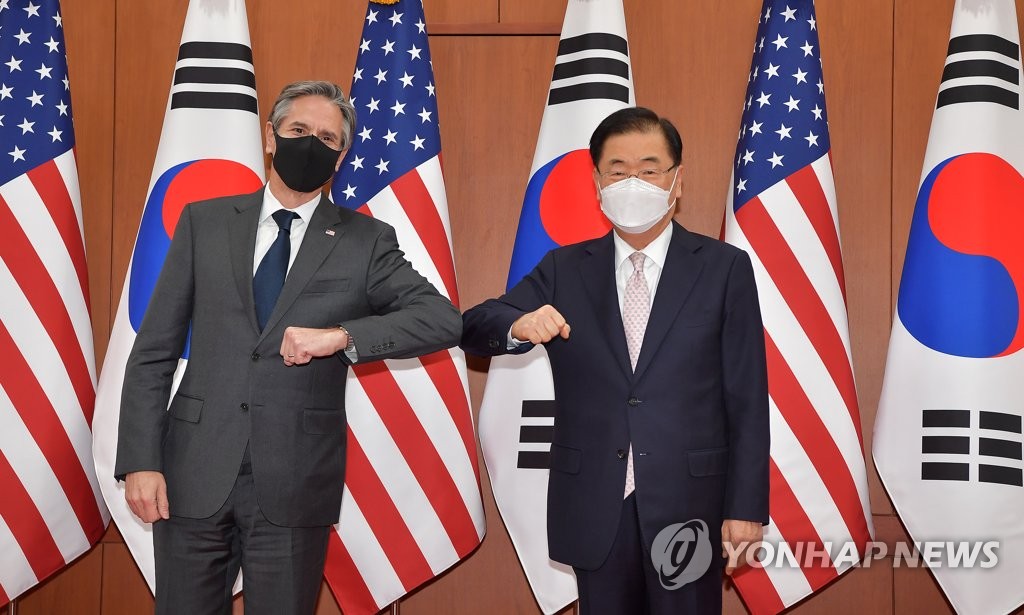 His mention of the North's human rights raised uncertainty over the future course of the Joe Biden administration's diplomacy toward Pyongyang, which has responded sensitively to the issue.

Blinken reaffirmed Washington's commitment to the alliance with Seoul, casting it as "unwavering," "ironclad" and "rooted in friendship and mutual trust and shared values."

"This alliance between us is a linchpin for peace security and prosperity not just for our two nations but for the Indo-Pacific region and indeed the world," he said.

"Secretary Austin and I are here to reaffirm U.S. commitment to the alliance and also to build on it. We want to achieve our shared vision for a free and open Indo-Pacific, and for human rights, democracy and rule of law," he added.

The first Cabinet-level overseas trip since the Jan. 20 launch of the Biden administration highlighted its resolve to "reinvigorate and modernize" democratic alliances against shared challenges, such as a recalcitrant North Korea and an assertive China. 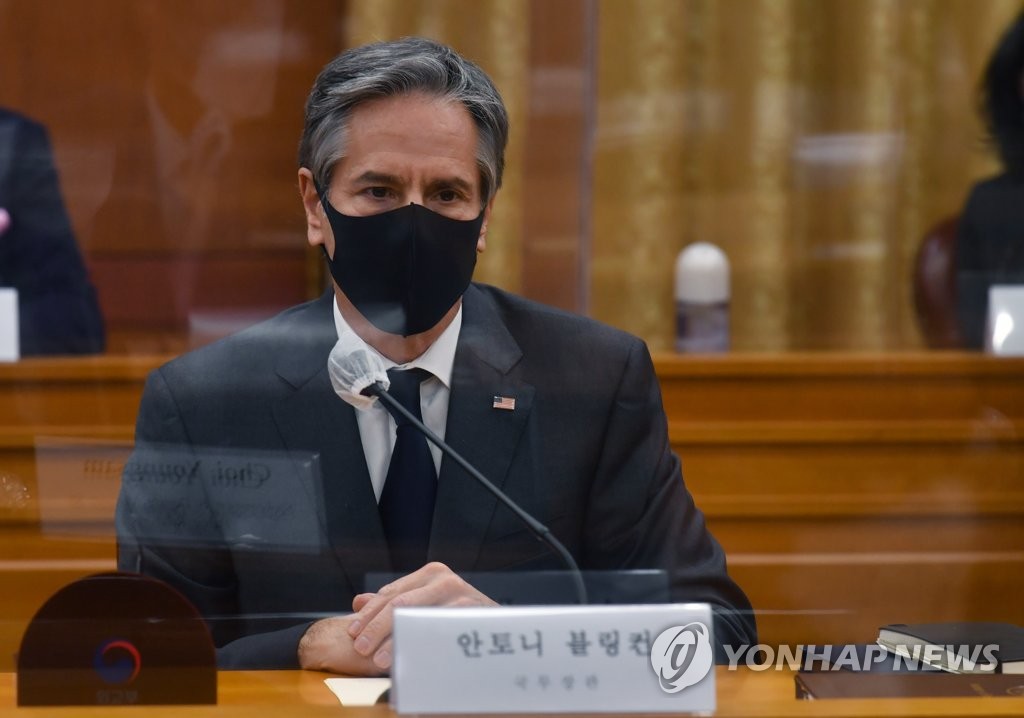 Blinken took a jab at Beijing, decrying its policy related to Hong Kong and other regions.

"China is using coercion and aggression to systematically erode the economy in Hong Kong, undercut democracy in Taiwan, abuse human rights in Tibet and asserting claims in the South China Sea that violate human rights law," he said.

The secretary also used the meeting to express his condolences over the deaths of several women of Korean descent in this week's shootings in the U.S. city of Atlanta.

"I want to offer our deepest condolences for our families and friends for those who died, and everyone in the Korean community who was deeply shaken," he said. "We will stand up for our fellow American and Korean Americans to be safe."

Chung said that South Korea's alliance with the U.S. is the "foundation" of its diplomacy and the "linchpin" of peace and prosperity in Northeast Asia and across the world. 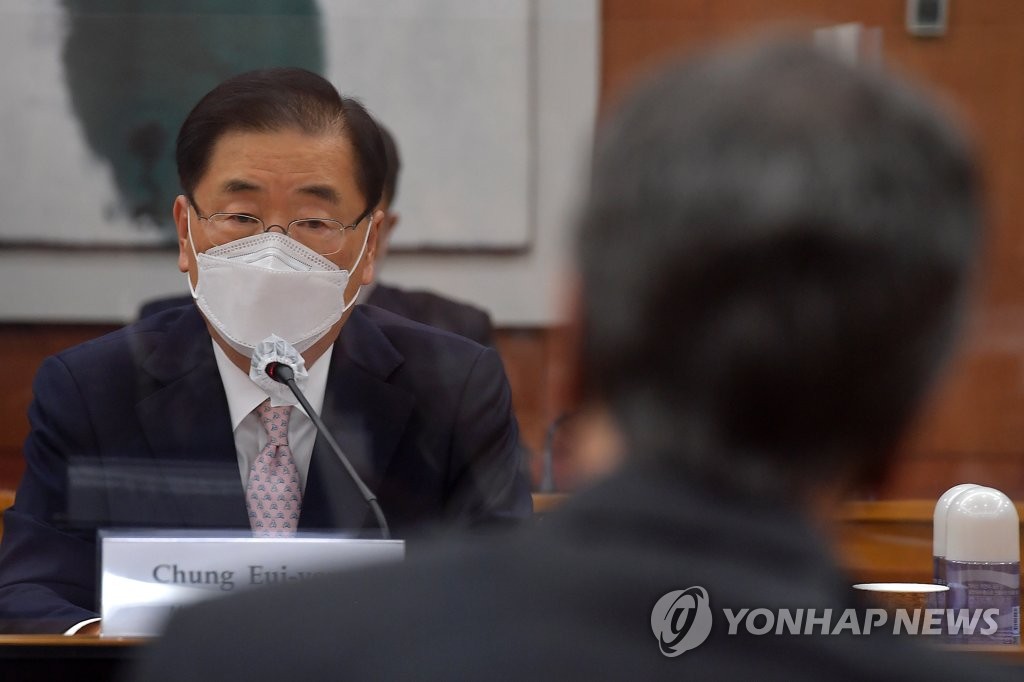 The minister also expressed hope that the partnership will develop in a "more sound, mutually beneficial and comprehensive" manner, and that Presidents Moon Jae-in and Joe Biden will engage in a summit in the near future to enhance bilateral ties.

In a press release, the foreign ministry said that Chung and Blinken shared the understanding that North Korea's nuclear and other issues are "significant matters that need to be urgently dealt with."

The two sides also shared the view that it is important for their countries to craft and enforce a "fully coordinated" strategy on the North, while agreeing to continue close cooperation in the process of Washington's review of policy on Pyongyang.

In addition, they agreed to continuously cooperate to ensure that the summit between Moon and Biden can take place at the earliest possible date, the ministry said.

The secretaries' visit, meant to underscore the U.S.' focus on rebuilding regional alliances, came just a day after Kim Yo-jong, the powerful sister of North Korean leader Kim Jong-un, struck a jarring note, decrying an ongoing allied military exercise and warning the U.S. not to "cause a stink" if it wants to sleep in peace for the next four years.

On Thursday, Chung and Blinken will join Defense Minister Suh Wook and Austin for the allies' first "two plus two meeting" since October 2016 -- a symbolic gathering to highlight the strength of the alliance.