The Korea Disease Control and Prevention Agency (KDCA) said in a press release that there is no evidence suggesting correlation between vaccines manufactured by British-Swedish pharmaceutical giant AstraZeneca and Oxford University and reports of blood clots in some recipients. 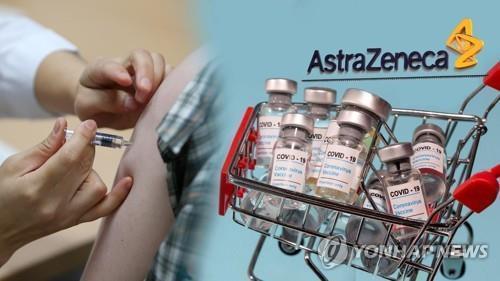 A total of some 20 European countries, including Germany, France and Italy, have suspended use of AstraZeneca's vaccine pending the outcome of investigations into blood cots in people who had received it.

International regulators, however, have said there is no proven evidence that the shots are related to the blood clots. Europe's medicines watchdog, the European Medicines Agency (EMA), is scheduled to hold a meeting Thursday (local time) to review the issue.

Earlier, South Korea decided to expand the use of AstraZeneca's COVID-19 vaccine to people aged 65 and older to ramp up the nationwide vaccination campaign as new overseas studies showed its effectiveness.

A total of 570,000 million people in the country have already been administered with the product.

On Wednesday, the country reported 469 more cases of the new coronavirus, bringing the total caseload to 96,849, the KDCA said