SEOUL, March 17 (Yonhap) -- Allegations of unfair or illicit real estate speculation by public officials are sending shock waves throughout South Korea, with a potential political storm brewing a year ahead of the presidential election.

Many expect it to dominate state affairs in the final year of the Moon Jae-in administration. The explosive issue could affect not only the April 7 mayoral by-elections in Seoul and Busan but also the presidential poll next March, depending on the results of far-reaching investigations.

At least 20 employees at Korea Land and Housing Corp. (LH), the government's housing supply arm, are suspected of having purchased huge swathes of undeveloped land around Seoul over a few years with undisclosed information on plans to construct major residential towns there.

The scandal has rocked the political circles as it emerged at a time when public discontent over the nation's soaring housing and rent prices runs high. Moon's approval ratings, already affected by his left-leaning administration's failure to curb the hikes, fell significantly once again.

The ruling Democratic Party (DP) is also in hot water with the all-important bellwether by-elections less than a month away. Some media outlets have raised the possibility of Moon becoming a lame duck earlier than expected.

The president offered a public apology over the incident Tuesday, two weeks after it was laid bare by civic groups. 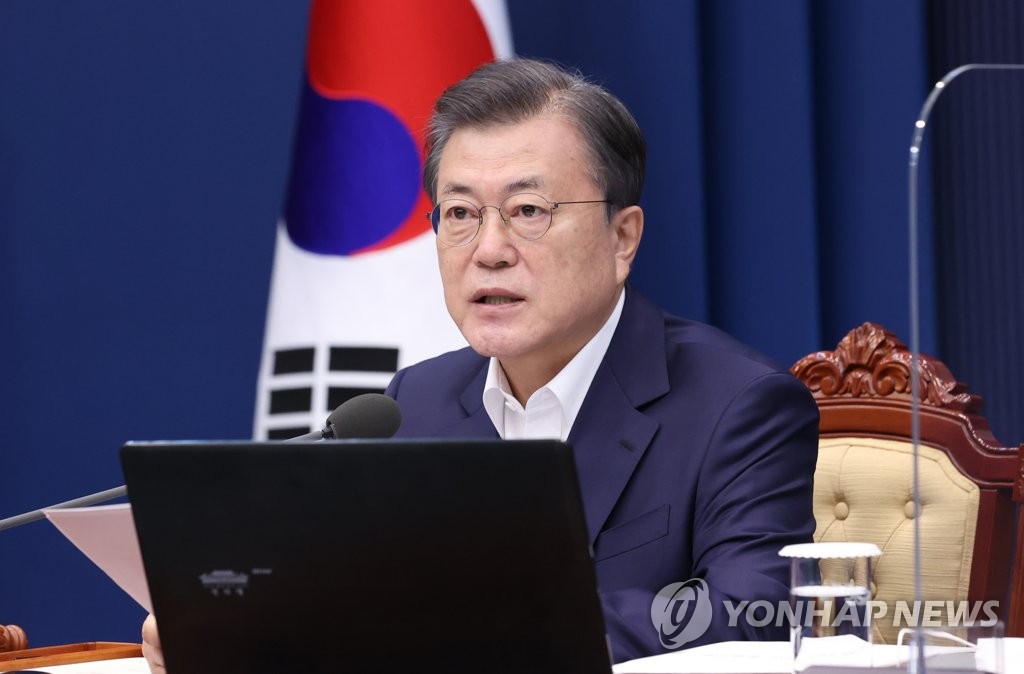 Having admitted that the LH case may just be "the tip of the iceberg," Moon made clear that he will confront the problem head-on.
He vowed to focus on stamping out real estate irregularities during the remainder of his tenure to end in May 2022. He even repeatedly stressed the need for eradicating a "deep-rooted evil," associated with real estate, on the basis of the "candlelight vigil spirit."

"If we clean up the deep-rooted evil, which is the most important root of our society's unfairness, on this occasion, it would serve as a turning point for our country to move toward a fairer and more transparent society," he said during a Cabinet meeting Tuesday.

The statement heralds an extensive probe directed at the entire officialdom. Politicians and other vested powers will not be immune from the campaign, given that speculative property transactions constitute a chronic malpractice in the nation.

The DP and the main opposition People Power Party have agreed to look into the records of recent land transactions by all the 300 sitting lawmakers. They decided to introduce an independent counsel to investigate the LH scandal in order to make up for the ongoing probe led by police. 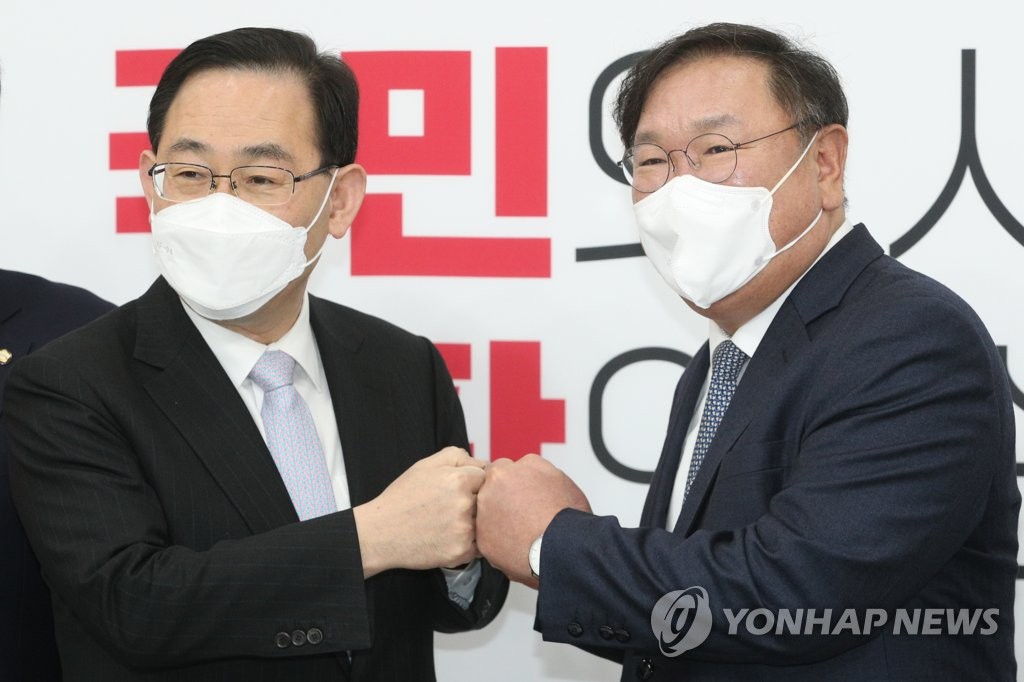 Some observers recall a 1993 fight against corruption spearheaded by then President Kim Young-sam and its aftermath.

Shortly after his inauguration, Kim declared his assets, including those owned by his family. He then introduced a policy of forcing other senior public figures to disclose their assets. It led to the resignation of then National Assembly Speaker Park Jyun-kyu and some other ruling party lawmakers. Several ministers and high-ranking government officials were dismissed.

It remains uncertain whether Moon's real estate reform drive will bring about a similar consequence. It is up to the outcome of the probe by police and the special prosecutor team, which is expected to be launched as early as in May.

The LH scandal may serve as a catalyst for resolving the property speculation problem that has long dogged South Korea and also an opportunity for social reform, just as what occurred during the Kim Young-sam administration, according to Yoo Ihn-tae, a former secretary general of the National Assembly.

In the case of revelations that officials at Cheong Wa Dae and the government are involved in property speculation, it would deal a fatal blow to Moon's presidency.

In contrast, if Moon gains public confidence with an accomplishment in efforts to root out property-related irregularities among public officials, it would provide a boost to his leadership.

"It is true that the political community has been responding insensitively so far to the problem of illegal asset gains through real estate," a ruling bloc official said on the customary condition of anonymity. "Following this incident, the moral and integrity standards will get more rigid in the government and political circles."