SEOUL, March 17 (Yonhap) -- First, he was brought in as an ambiguously titled "adviser," tasked with helping foreign pitchers for just a couple of months in spring training. Now, Brandon Knight has formally joined the coaching staff for the SSG Landers, the newly named club in the Korea Baseball Organization (KBO) after Shinsegae Group purchased the SK Wyverns.

For Knight, who has been in the KBO in different capacities for more than a decade, it's yet another opportunity to do the thing he enjoys the most -- working with pitchers at all levels.

In a recent phone conversation with Yonhap News Agency, Knight said he may have a chance to work both with the Landers and their minor league affiliate. "It'll be fun. It'll give me an opportunity to coach and teach," said Knight, whose initial contract was to expire on March 31. The Landers announced Tuesday that Knight will stay on the staff for the rest of this season.

"That's what I feel like I am best at, anyway. It's exciting," Knight added.

Knight knows a thing or two about pitching and coaching in this league. He was a starting pitcher for two different clubs from 2009 to 2014, and then served as pitching coach for the Kiwoom Heroes over the past four seasons. On Knight's watch, the Heroes ranked third in team ERA in both 2019 and 2020.

In between his pitching and coaching careers, Knight also worked as a scout for the previous incarnation of the Landers, the SK Wyverns.

Knight said he was offered the same advisory job by the Wyverns in 2014, soon after he was released by the Heroes as a pitcher. He was 38 years old then, but he wasn't yet ready to take on a coaching position because "I felt like I could still pitch."

Knight ended up taking the scout position first, and then seven years later, he is back with the franchise -- albeit under a different ownership and name -- and prepared to go all-in on the job. Knight has been working mostly with the Landers' two new foreign pitchers, Artie Lewicki and Wilmer Font. His main responsibility during the regular season will be to keep working with them. Knight gushed about those two right-handers, saying they have come as advertised. Knight in particular praised Lewicki's command and Font's overpowering stuff.

"If these foreign players continue to do what they've been doing this whole camp during the season, I think this could be a very, very interesting team this year," Knight said.

Knight thanked the incumbent Landers' coaching staff for welcoming him with open arms and for giving him the leeway to do whatever he needed to help Lewicki and Font.

Egos could have clashed on that staff, where four members have been full-time pitching coaches in the KBO elsewhere: Knight, manager Kim Won-hyong, pitching coach Cho Woong-chun and bullpen coach Lee Dae-jin. Instead, Knight said there has been open communication among all coaches.

And once the regular season starts, Knight hopes he'll be able to "throw in my two cents about what I think is successful in this league." 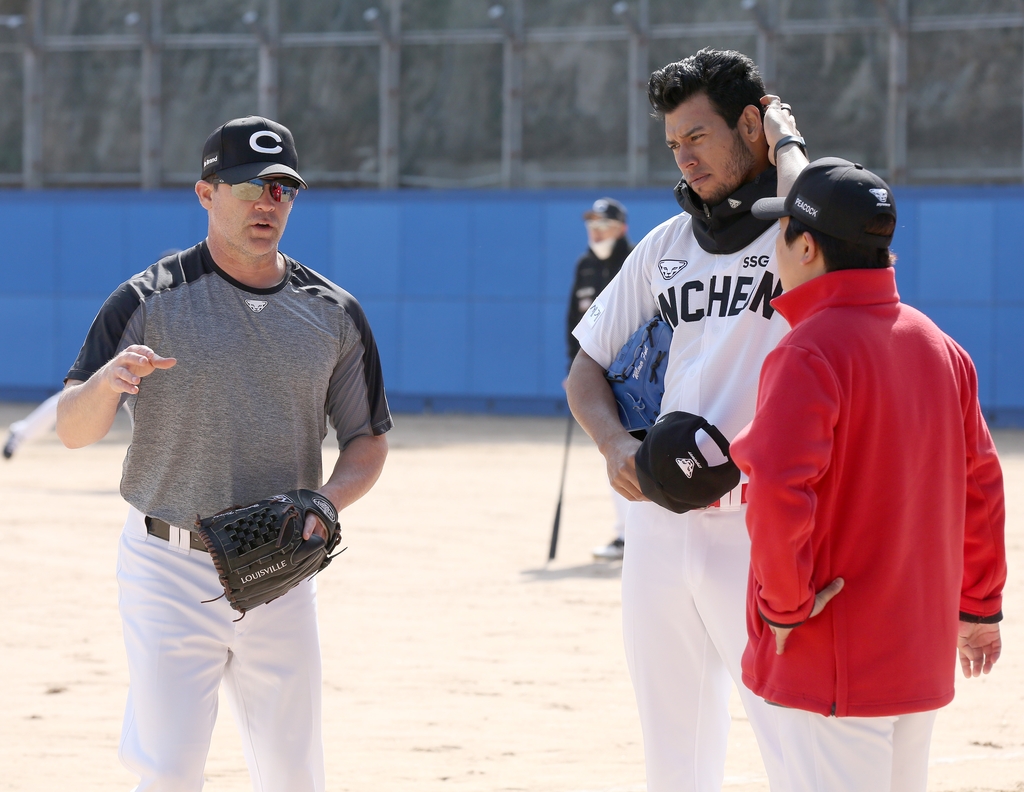 "I have a few things I constantly tell pitchers: fastball command down in the zone, pitching inside and pitching to contact," Knight said. "If you do those three things in this league and if you can do it consistently, you're going to be successful."

Whereas launch angle and lifting the ball in the air to try to hit more dingers are all the rage in Major League Baseball, the uppercut swing isn't nearly as prevalent in the KBO, Knight noted.

"A lot of foreign pitchers that are successful are guys who throw two-seam fastballs," Knight said, referring to the pitch with late-breaking action. "It's because most of the hitters in the KBO still continue to have what I would consider more of an old-school swing. With that, and also the fact that the strike zone is not as high in the KBO, throwing something that you can work down in the zone and that moves just enough, that's something I want to be able to teach and help out minor league guys."

Knight said he'd like to help Lewicki add a two-seamer to his repertoire, so that he'd have something that can induce a groundball and set up a double play opportunity, which in turn would keep his pitch count low and help him go deeper into a game. According to Baseball Savant, Lewicki threw a four-seam fastball, a curveball, a slider and a changeup in 2020 with the Arizona Diamondbacks. 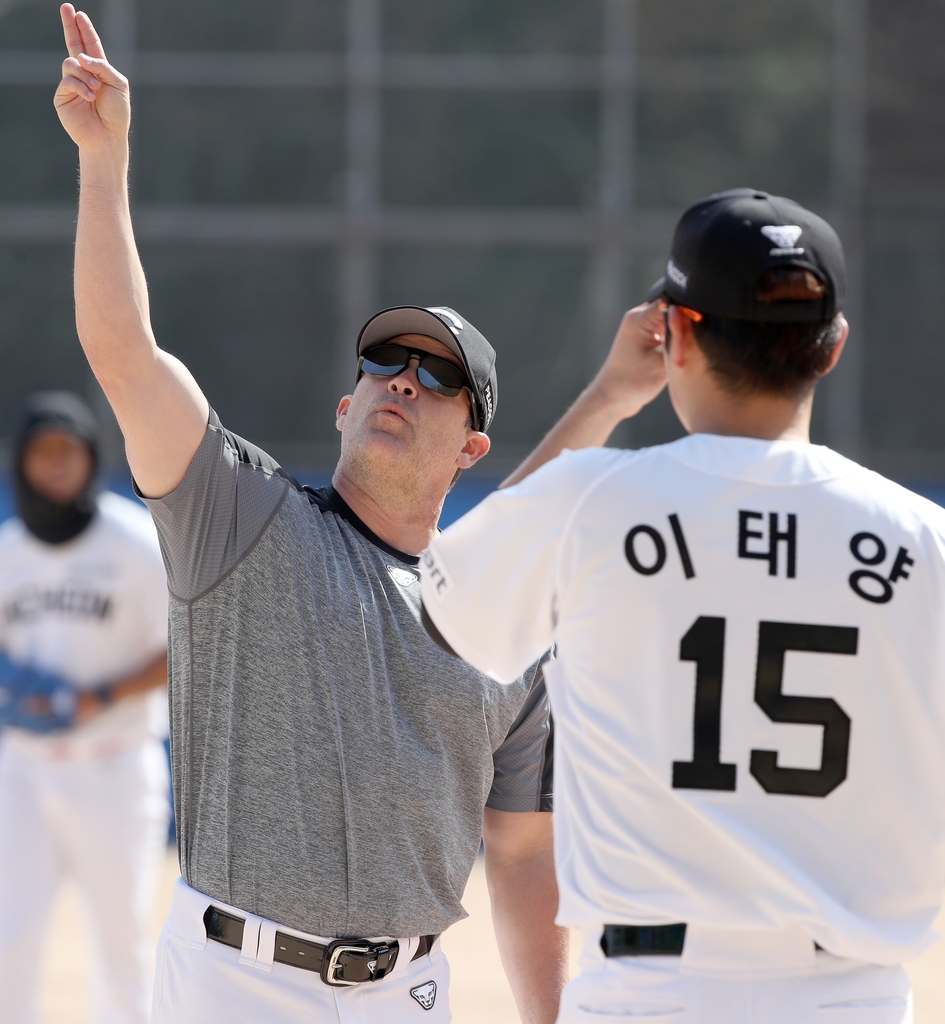 Knight said he's also excited about what the Landers can do offensively. They made the biggest offseason splash by acquiring Choo Shin-soo, a former Texas Rangers All-Star outfielder with 16 major league seasons to his name.

"He comes in immediately demanding respect, in a good way," Knight said. "He's been around the game for so long and he's been so successful. From a work ethic standpoint, he will lead by example. I think he might enjoy taking on the role of being the veteran leader.

"He immediately makes this team better, not just from on-field playing standpoint. He conducts himself like a professional," Knight continued. "I just think every single guy on the roster, whether it be a pitcher or a hitter, can learn a lot from him about how to play the game and how to prepare yourself." 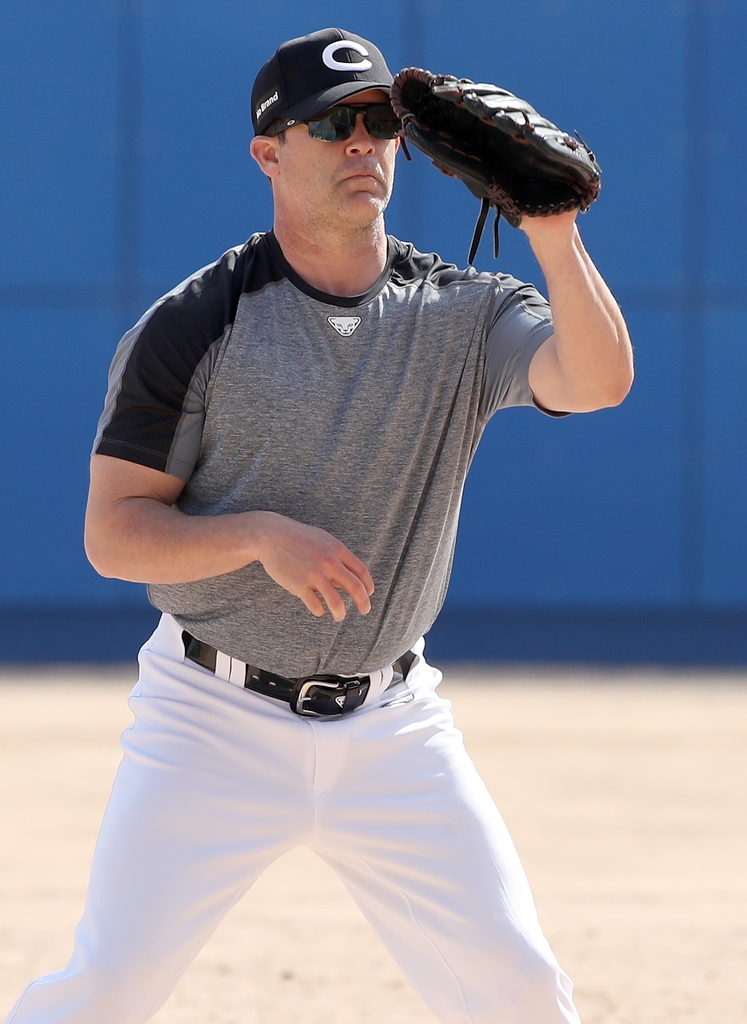