The world's smartphone vendor introduced the Galaxy A72 and the LTE and 5G models of the Galaxy A52 at its Galaxy Awesome Unpacked online event. It was the first time that Samsung held a large-scale introduction event for Galaxy A devices.

"Samsung strives to give consumers what they want and need most," said Roh Tae-moon, the head of Samsung's mobile communications business. "The Galaxy A52, A52 5G and A72 encapsulate the Galaxy brand philosophy with cutting-edge innovations, services and features at an accessible price." 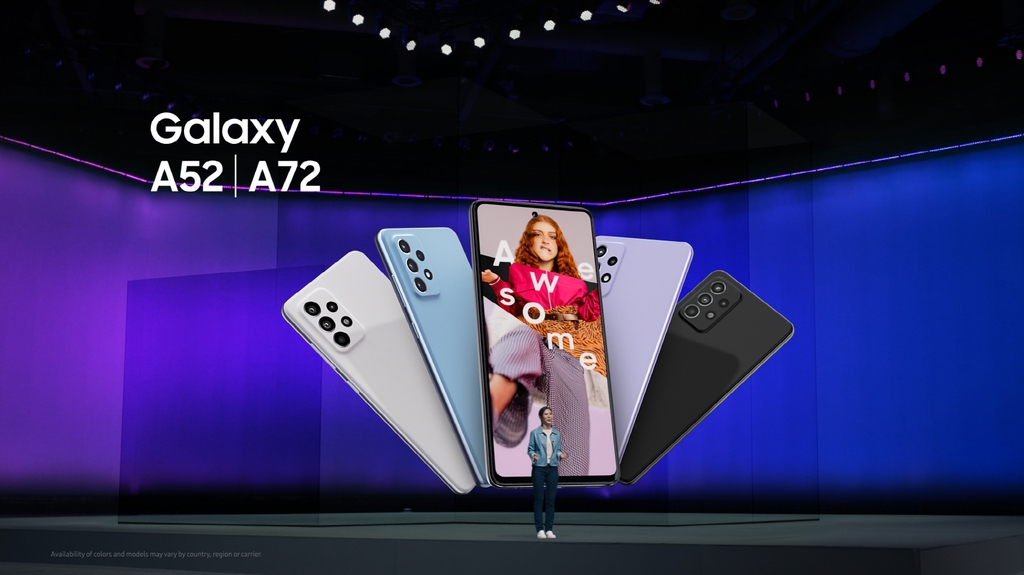 The company said it has yet to confirm the release date of the new Galaxy A devices in South Korea, but industry observers speculate that they will be rolled out in the second quarter with prices at between 500,000 won (US$440) and 600,000 won.

Samsung already launched the A32 and the A42 on its home turf last week.

The A72 and the A52 are aimed at delivering "more fun and versatile" photos and videos to users, according to Samsung, as they support the optical image stabilization (OIS) feature that was previously only used in flagship models.

The A52 and its 5G variant have a quad-rear camera setup consisting of a 64-megapixel (MP) main shooter, 12MP ultrawide lens, 5MP depth sensor and 5MP macro camera. Both feature a 32MP camera on the front.

The A72, which only comes in an LTE model, has the same camera settings except for an 8MP telephoto lens with 3x optical zoom instead of a depth camera. It also sports a 32MP selfie camera. 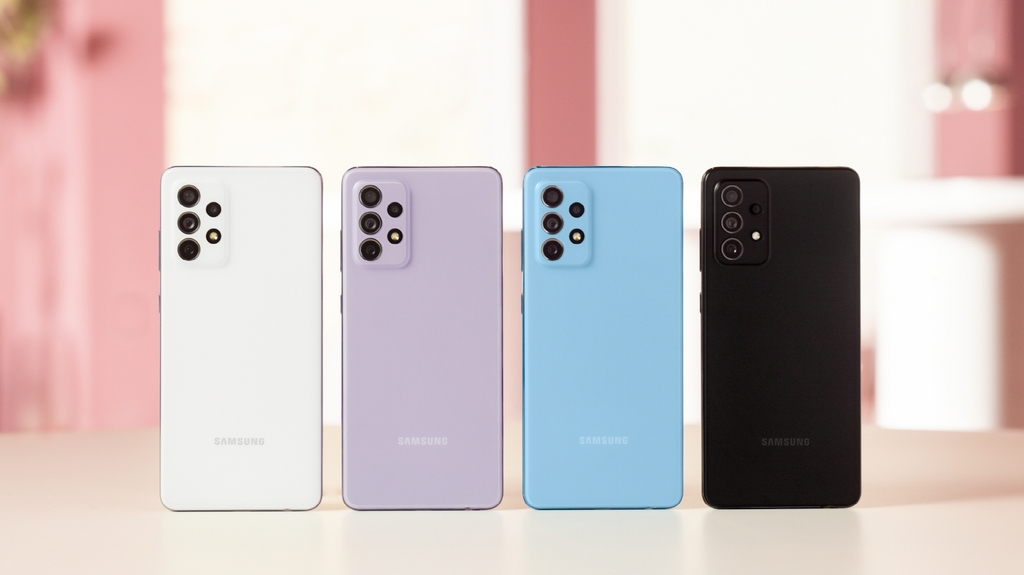 Both A72 and A52 come with Samsung's Super AMOLED display, with the former featuring a 6.7-inch screen and the latter using a 6.5-inch panel. They support a 90Hz refresh rate, except the A52 5G model that offers a 120Hz refresh rate.

The latest A series smartphones offer internal storage space options of 128GB and 256GB, and external memory up to 1TB via microSD card.

The new A series smartphones will also support various services offered through the Galaxy ecosystem, such as Samsung's Internet of Things (IoT) platform, SmartThings, and the Galaxy SmartTag Bluetooth locator, with which users can find non-connected devices.

Samsung's release of upgraded Galaxy A devices comes at a time when the company is struggling to fend off challenges from Chinese brands that are highly competitive in mid-to-low tier smartphones.

A recent report from industry tracker Strategy Analytics showed Samsung will remain as the top smartphone vendor this year, but its market share was expected to be unchanged at 20 percent, while Chinese players like Xiaomi, Vivo and Oppo were projected to post sharp growth. 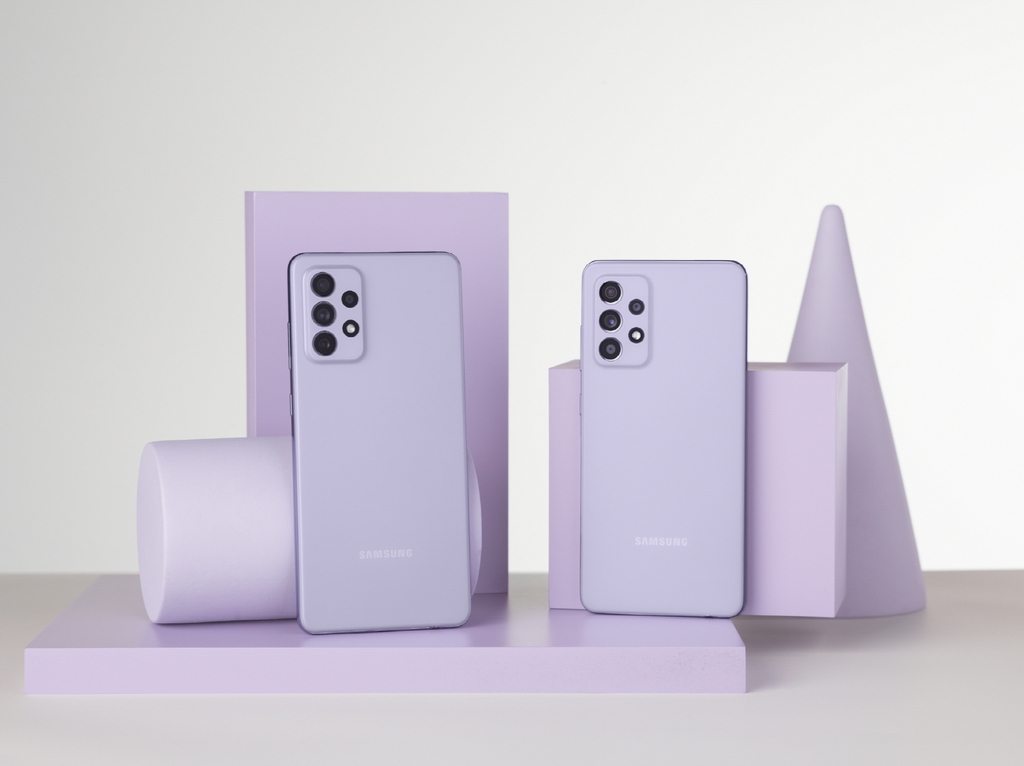