Park, a former four-term DP lawmaker, won in a two-way primary competition with Kim Jin-ai of the minor Open Democratic Party, according to Rep. Kim Jong-min, the head of DP's joint campaign committee for the April 7 mayoral by-elections in Seoul and Busan.

The victory of Park, a former journalist-turned-politician, was determined in a two-day poll conducted on registered members of both parties and citizens between Tuesday and Wednesday.

In the course of the competition, Park held two debates with Kim, also a former DP lawmaker with a background in urban development. 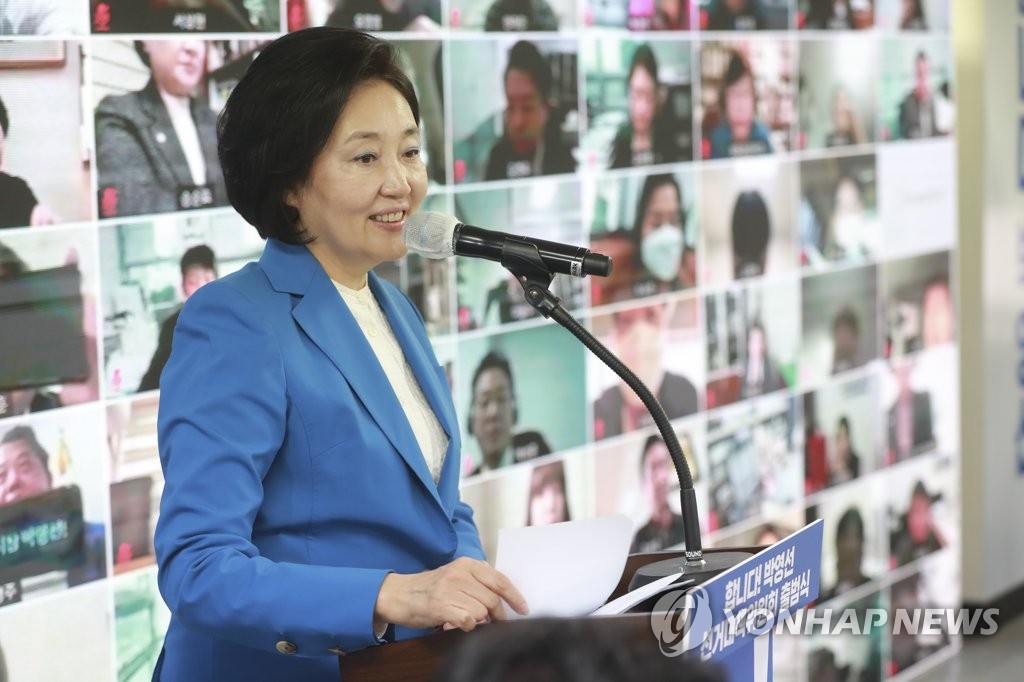 The two parties agreed to field a single liberal candidate by conducting a survey among registered members of respective parties and citizens. Park beat DP's Rep. Woo Sang-ho in the DP's internal primary earlier this month.

The mayoral by-election for Seoul, home to nearly 10 million of the country's total 52 million population, is deemed a critical barometer of public opinion ahead of the 2022 presidential election.

The winner of the upcoming Seoul mayor election will serve out the remaining 14 months of the late former Mayor Park Won-soon's four-year term.

Last July, Park was accused by his former secretary of having sexually harassed her for several years. Two days after the woman filed a complaint with the police, the former human rights lawyer-turned-mayor was found dead in an apparent suicide on the hills of a Seoul mountain.

The main opposition People Power Party (PPP) and the minor People's Party (PP) are also in final negotiations to merge their campaigns either around Oh Se-hoon of the PPP or the PP's Ahn Cheol-soo.

The mayoralty of Busan, South Korea's second-largest city in the southeast, is also up for grabs in April following the resignation of mayor Oh Keo-don, also from a sexual harassment scandal. 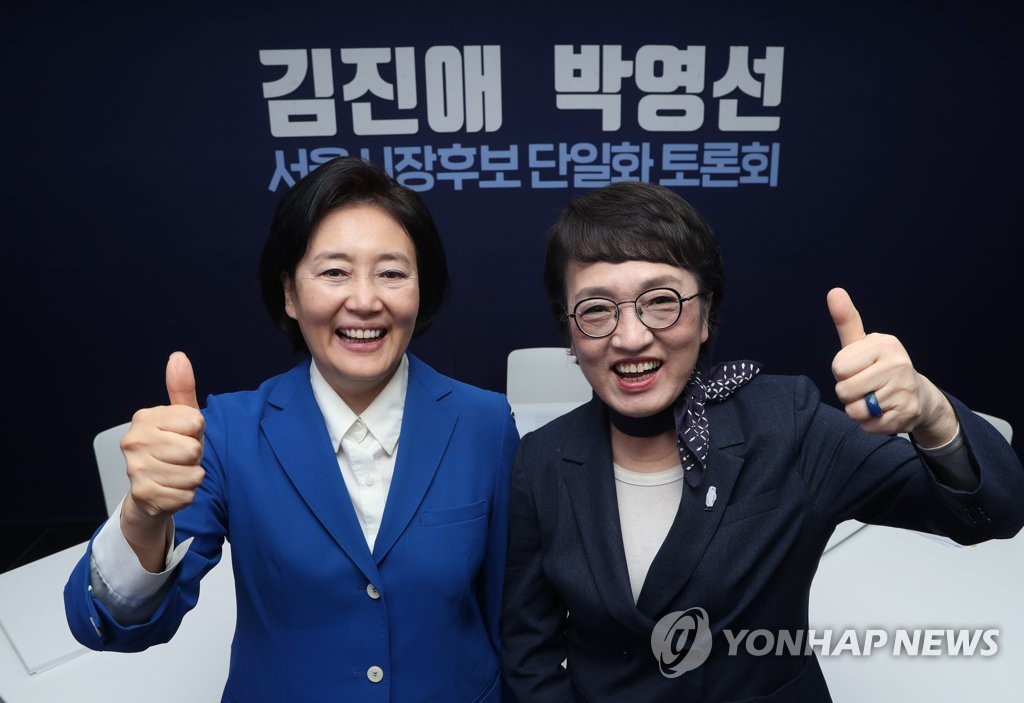