SEOUL, March 18 (Yonhap) -- North Korea said Thursday that it will continue to ignore any contact from the United States unless Washington withdraws its hostile policies toward Pyongyang.

North Korean First Vice Foreign Minister Choe Son-hui also confirmed in a statement that the U.S. reached out to Pyongyang even the day before its combined exercises with South Korea from a "third country."

The statement came as the top U.S. diplomat and the defense chief are in Seoul for talks with their South Korean counterparts to coordinate a joint approach toward North Korea and discuss other alliance issues.

"We have already made our point clear that no North Korea-U.S. contact or talks will be held unless the U.S. withdraws hostile policies to us and that we will continue to ignore its attempts to reach out to us," Choe said in the statement carried by the official Korean Central News Agency.

"In order to hold any talks, we must set a mood where the two sides can sit down face-to-face under equitable conditions," she added.

Choe said that the U.S. has made several attempts to reach out to the North through various channels since mid-February. Earlier, the White House said it has tried to contact North Korea for talks, but the North has remained unresponsive.

She slammed the U.S. recent attempts to reach out to the North as excuses for Washington to "buy time," and warned that it will not grant any more opportunities for talks, such as the Singapore summit in June 2018 and the Hanoi summit the following year.

She then criticized President Joe Biden's administration for bringing up the possibility of additional sanctions and "pressure measures" against the North.

"We have made ourselves clear that we will deal with the U.S. on the principle of answering force with toughness and good faith in kind," she added.

The statement, dated March 17, was issued as U.S. Secretary of State Antony Blinken and Defense Secretary Lloyd Austin are in Seoul for talks with their South Korean counterparts to discuss a coordinated strategy on North Korea and joint efforts to reinforce the alliance.

In his one-on-one talks with South Korean Foreign Minister Chung Eui-yong on Wednesday, Blinken accused North Korea of "systemic and widespread abuses" against its own people and vowed to work closely with allies for the denuclearization of the North.

South Korea and the U.S. on Thursday are set to wrap up their nine-day springtime combined military exercise staged in a scaled-back manner due to the coronavirus pandemic.

Earlier this week, Kim Yo-jong, the powerful sister of North Korean leader Kim Jong-un, lambasted South Korea for going ahead with the military exercise, threatening to scrap a 2018 tension-reducing military pact. She also warned the U.S. not to "cause a stink" if it wants to sleep in peace for the next four years.

The North has long demanded an end to joint military drills between the allies, denouncing them as a rehearsal for invasion. 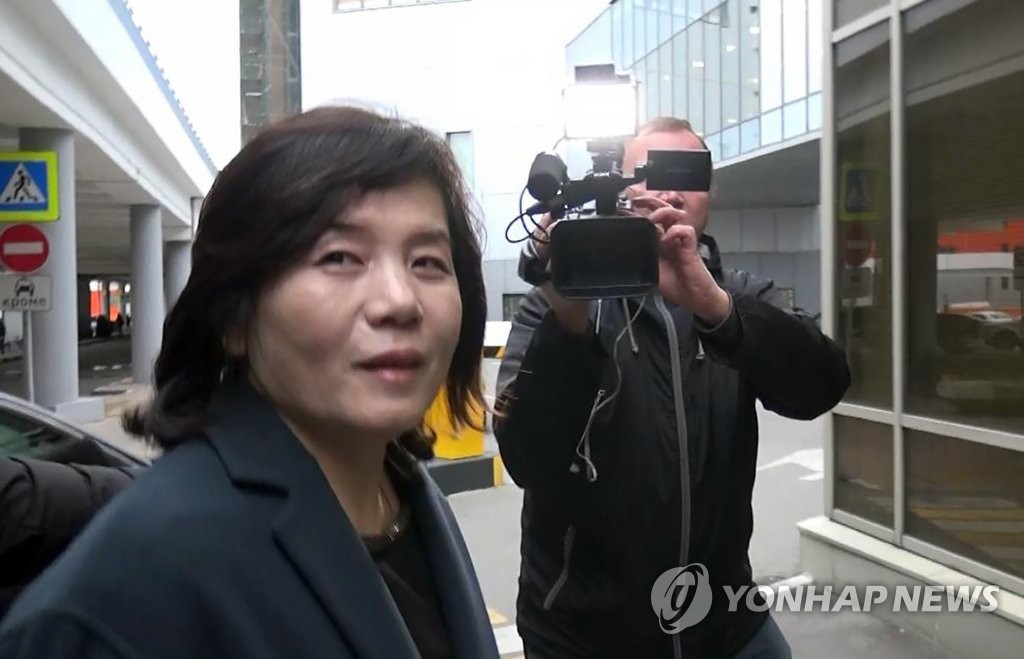