The price hike raised the company's market capitalization to 12.93 trillion won, up from 4.9 trillion won, making it the 28th highest-valued company on the main bourse.

SK Bioscience, which produces the AstraZeneca vaccine at its plant in South Korea, emerged as the most anticipated pick on this year's IPO list. 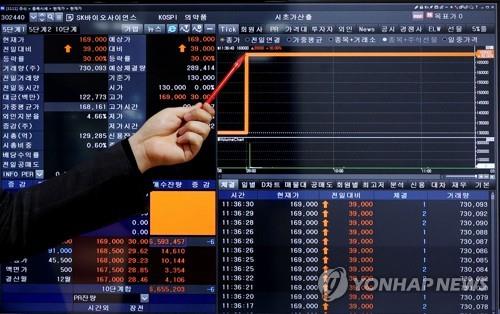