Under a preliminary deal with KSOE, the subholding company of Hyundai Heavy Industries Holdings Co. (HHIH), Doosan Fuel Cell will design and produce fuel cells, while KSOE will develop technologies to apply the fuel cells to ships, the company said in an emailed statement. 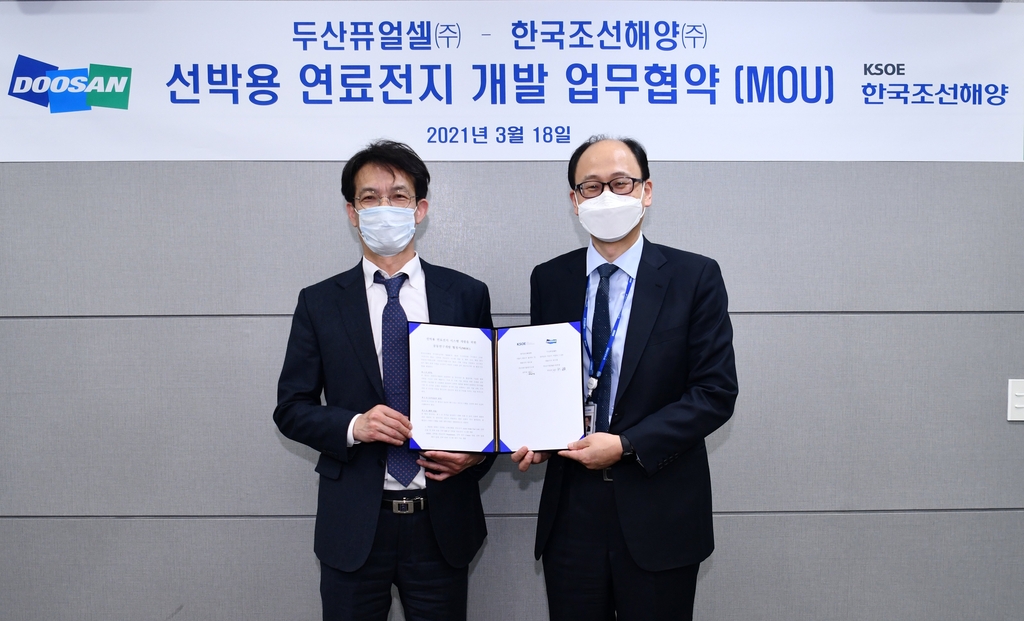 SOFCs are known as a key technology to reduce emissions of ships.

The International Maritime Organization (IMO) aims to reduce the emission levels of ships by 30 percent by 2025 and by 70 percent by 2050 compared with 2008.

Last October, Doosan Fuel Cell announced its 72.4 billion-won (US$64.4 million) investment plan to build an SOFC plant with the aim of starting commercial production of the fuel cells by 2024.

To that end, the company signed a deal with British SOFC maker Ceres Power to develop SOFCs.

Doosan Fuel Cell revised up its sales target to 1.5 trillion won in 2023 from 1 trillion won. 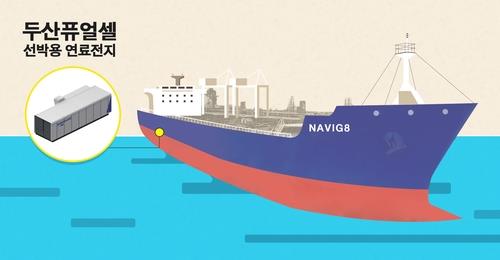 Under the deal, Doosan Fuel Cell will develop the SOFCs for 50,000 ships of Navig8, while the Singaporean shipping company will provide technologies to mount SOFCs on ships.