(ATTN: UPDATES with latest development in paras 6-7)
By Yi Wonju

SEOUL, March 19 (Yonhap) -- North Korea said Friday it will cut off diplomatic relations with Malaysia for extraditing one of its nationals to the United States to face money laundering charges and pinned Washington as the "backstage manipulator."

Mun Chol-myong, a North Korean businessmen living in Malaysia, was accused of supplying prohibited luxury items from Singapore to Pyongyang and laundering funds through shell companies in violation of U.N. sanctions. Last week, Malaysia's top court ruled that he can be extradited to Washington, rejecting his appeal challenging the extradition request from the U.S.

"On March 17, the Malaysian authority committed an unpardonable crime, in the end, of forcibly delivering the innocent citizen of the DPRK to the United States by having charged him with 'criminal,'" the North's foreign ministry said in a statement carried by the official Korean Central News Agency.

"With regard to the grave situation that has prevailed, the Ministry of Foreign Affairs of the DPRK hereby announces total severance of the diplomatic relations with Malaysia which committed super-large hostile act against the DPRK in subservience to the U.S. pressure," it added.

Malaysia's foreign ministry denounced North Korea's decision as "unfriendly and unconstructive, disrespecting the spirit of mutual respect and good neighbourly relations among members of the international community" in a statement issued late Friday.

In direct response to the closure, Malaysia ordered all diplomatic staff and their families at the North Korean Embassy in Kuala Lumpur to "leave Malaysia within 48 hours from today."

North Korea claimed that the businessman was engaged in "legitimate external trade activities" and warned that the Malaysian authority will bear full responsibility for any consequences that result between the two countries.

It also warned that the U.S. will "pay a due price" as the "backstage manipulator and main culprit of this incident."

In the statement, Pyongyang called its relations with Washington "the most hostile one on this planet," saying the two countries have been technically at war for over 70 years.

"Not content with putting our innocent citizen in the dock by blindly currying favor with the U.S. -- the principal enemy of our state -- the Malaysian authority delivered our citizen to the U.S. in the end, thus destroying the entire foundation of the bilateral relations based on the respect for sovereignty," it said.

The North then claimed that the principal officials of the Malaysian legal authorities were invited to a "drinking party" arranged by the U.S. ambassador in Malaysia shortly after the incident and was promised that they would receive huge gratuities and said there was even a "bargaining for free delivery of armaments."

"This world-startling incident is an out-and-out product of anti-DPRK conspiracy created from the heinous policy of hostility by the United States aimed at isolating and suffocating our country and the pro-U.S. subservience by the Malaysian authority," it said.

North Korea and Malaysia had maintained close relations since the establishment of bilateral diplomatic relations in 1973, but ties were strained when North Korean leader Kim Jong-un's half-brother, Kim Jong-nam, was poisoned to death at a Kuala Lumpur airport in 2017 in an assassination blamed on Pyongyang.

In 2019, North Korea's No. 2 leader Choe Ryong-hae met with Malaysian Prime Minister Mahathir Mohamad and discussed ways to normalize relations in Azerbaijan but little progress was made amid the global outbreak of the coronavirus. 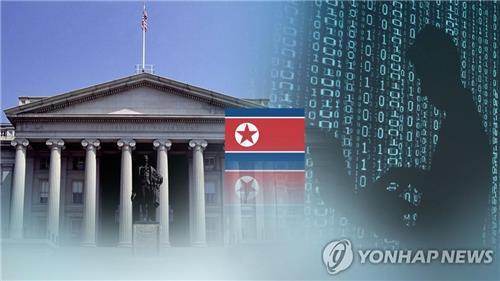