SEOUL, March 19 (Yonhap) -- Having pitched in 56 major league games for the San Francisco Giants over the past three years, Andrew Suarez arrived in South Korea for the 2021 season under high expectations.

The 28-year-old left-hander joins his former Giants teammate Casey Kelly in the LG Twins rotation. Together, they'll be tasked with ending the Twins' Korean Series title drought at 26 years.

Suarez, though, isn't one to get caught up in preseason hype. 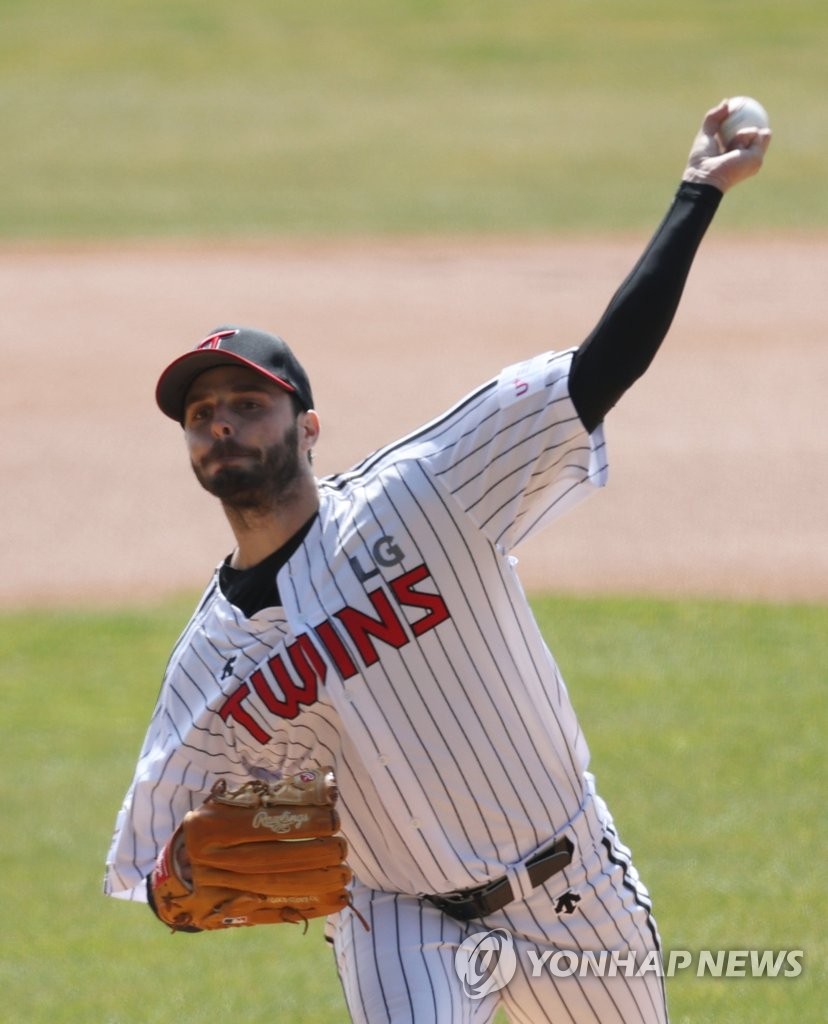 "I try not to look into that. I just try to do my thing when I am on the mound," Suarez told reporters Wednesday, after throwing four shutout innings in a spring training practice game against the Doosan Bears at Jamsil Baseball Stadium in Seoul. He struck out three and walked none.

The Twins see Suarez as a rare left-handed power pitcher in the Korea Baseball Organization (KBO). He touched 151 kph (93.8 mph) with his fastball against the Bears. While that velocity wouldn't turn heads in the majors, it would instantly make Suarez one of the hardest throwers in the KBO.

Last year, Raul Alcantara of the Bears led all starters by averaging 151.6 kph with his fastball. No one else topped that magical 150 mark, and Alcantara will be pitching in Japan this year.

When told of his impressive velocity, at least by KBO standards, Suarez said: "I still don't think of myself as a power pitcher. I try to make command priority instead of velocity."

Suarez pieced together six shutout innings across two practice game starts. Next up for Suarez will be the official preseason, which starts Saturday. 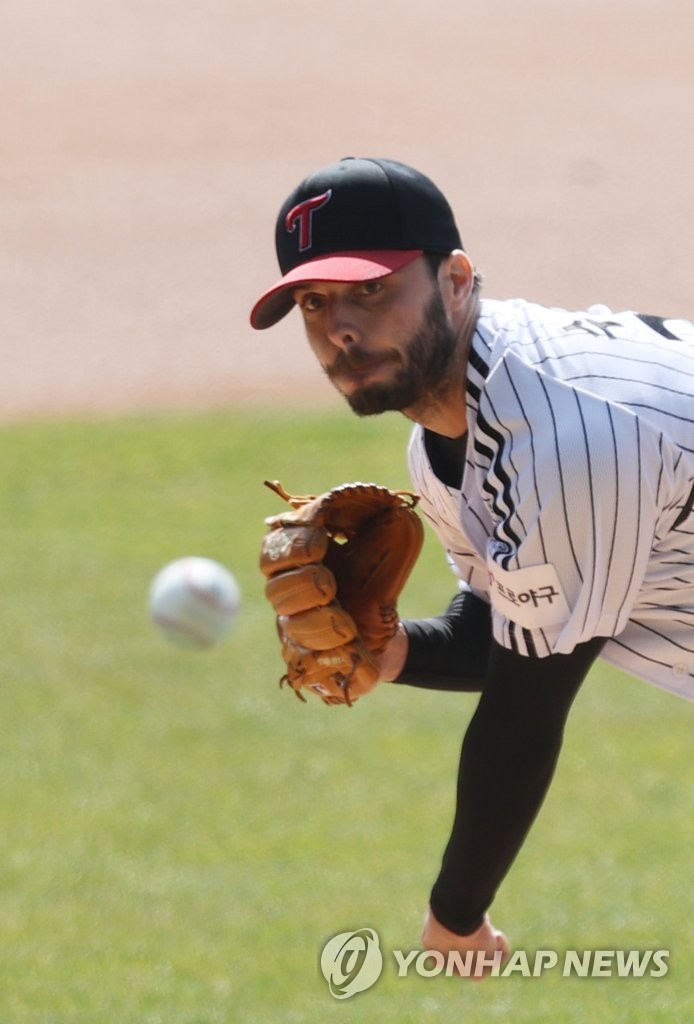 "(It's about) getting my innings in and my pitch count up, trying to build up for the season, so when it starts, I am ready to go as long as the team needs me," Suarez said of his approach during spring training. "Today, my arm felt great."

Wednesday's start was Suarez's first appearance at Jamsil, which the Twins share with their Bears as their home stadium. Suarez said he was aware of the rivalry between the co-tenants.

"I am sure I'll see them more often during the season," Suarez said. "I took it a little more seriously today."

As well as Suarez has done, Kelly, entering his third season with the Twins, will likely get the nod for Opening Day on April 3. And Suarez knows he hasn't paid his dues in the KBO yet.

"It doesn't matter where I pitch. I think, throughout the season, we're all going to get an equal number of opportunities," Suarez said. "Casey deserves to be our Opening Day starter. He's pitched really well. This is his third year."