SEOUL, March 19 (Yonhap) -- The South Korean economy is on a recovery track on robust exports and investment, but domestic demand remains sluggish amid the pandemic, the finance ministry said Friday.

But the government did not say in its monthly economic assessment report that economic uncertainty persists.

"The Korean economy is seeing an improvement in exports and investment and the country's job losses eased, but domestic demand has slackened amid a resurgence in COVID-19 cases," the Ministry of Economy and Finance said in the economic report, called the Green Book.

The ministry said domestic demand remains sluggish, but the pace of its slumps has eased since February.

"In the short term, there seems to be a low possibility that economic indicators will point to further declines," Kim Young-hoon, a senior ministry official, said at a press briefing.

The country's exports rose 9.5 percent on-year in February on robust delivery of chips and autos, extending their gains for the fourth consecutive month.

South Korea's job market remains in limbo amid the pandemic, but job losses eased in February from the previous month.

The number of employed people reached 26.3 million in February, 473,000 fewer than a year earlier, marking the 12th straight month of job losses. But February's job reduction was lower than the 982,000 reported in January, the biggest in 22 years.

Private consumption remains subdued as people refrained from visiting shops amid a flare-up in coronavirus cases and tougher virus curbs.

The face-to-face service sectors, such as hospitality and smaller retailers, have borne the brunt of the pandemic.

The ministry said the rollout of COVID-19 vaccines has raised hopes for global economic recovery, but volatility in global financial markets has increased on concerns about growing inflation risks. 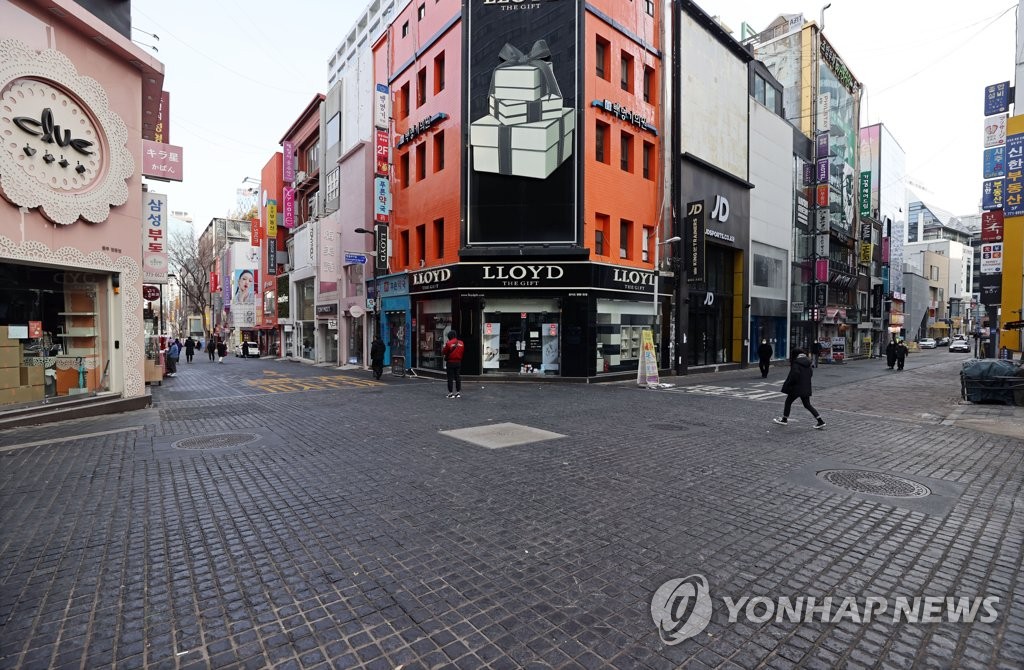