While accepting the outcome, Park criticized the decision as tantamount to "protecting their own family."

He said it is "questionable" if the meeting of prosecutors held to review the case properly reflected the intention and purpose of his invocation of investigation command.

The minister said he wanted the prosecutors to review full details of the case and have intense discussions before reaching a conclusion.

The country's high-ranking prosecutors met on Friday at the order of the minister to conduct a review of allegations that prosecutors forced some prison inmates to make false testimonies against Han in 2011 and decided to clear them of perjury charges.

Park's first exercise of his command authority, the fourth by a justice minister, came as questions had been raised over the dismissal earlier this month by the Supreme Prosecutors Office (SPO) of the charges against two witnesses and investigators allegedly implicated in the allegations, with the statute of limitations on the case set to expire on Monday.

Park also called for a probe to see if there was any "unreasonable decision-making" by investigators in dismissing the charges. 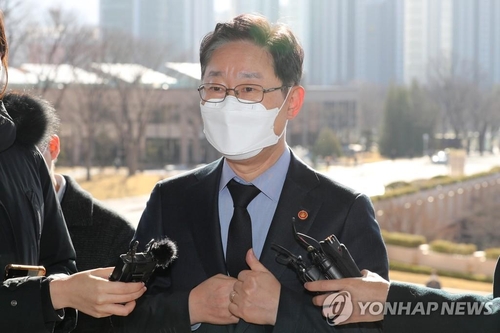 Later on Monday, Park told reporters that the probe is aimed at eventually reforming the prosecution, saying it "will not end up in an anticlimax."

Park also defended the exercise of his command authority, adding that the move was meant to review "procedural legitimacy" in the allegations that prosecutors forced some prison inmates to make false testimonies against Han.

Last year, allegations surfaced that prosecutors had forced the late businessman's fellow inmates to give false testimony against Han during her trial in 2011 to win her conviction.

As the country's first female prime minister, she has long claimed innocence, arguing that she never accepted the money and that the charges against her were fabricated as part of political revenge by a conservative government against the former liberal administration of late President Roh Moo-hyun. 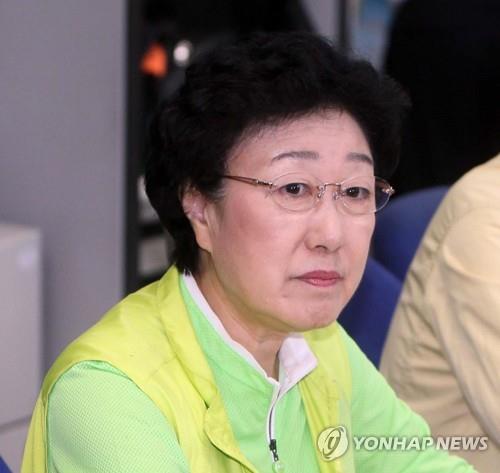 The justice minister denounced the leakage to media of the closed-door discussions and questioned the fairness of the meeting in which one of the attendees was a subject of the alleged perjury case.

He continued, "It is very regrettable" to see questions raised again over the procedural legitimacy of the discussions, the purpose of which was to correct the procedural errors of previous investigations.

The ministry will "strongly push ahead with measures to improve the system to address the problems" pertaining to the prosecution's investigation practices, he said.

Park's predecessor Choo Mi-ae had rough relations with former Prosecutor General Yoon Seok-youl over prosecution reform and sensitive investigations. Yoon resigned earlier this month in protest against what was considered to be a move to weaken the prosecution.