Sure, the Canadian first baseman still hit 32 home runs and knocked in 91 runs in 139 games for his Korea Baseball Organization (KBO) team, then called the SK Wyverns prior to a recent ownership change. And yet, even with Romak doing his usual damage at the plate, the Wyverns struggled to a ninth-place finish in the 10-team league, with a 51-92-1 (wins-losses-ties) record. It was their worst mark in Romak's four seasons in South Korea. 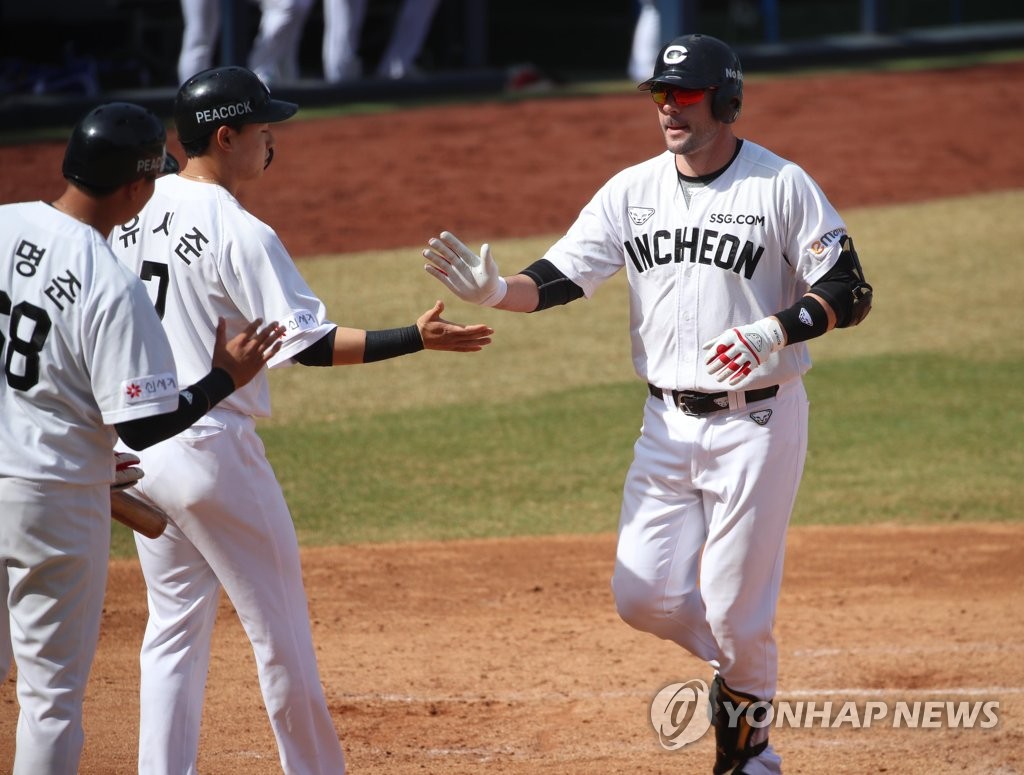 The team suffered a 10-game losing skid in the season's first month, and manager Youm Kyoung-youb fell ill in the middle of a game in June, leading to extensive absence and eventual resignation at the season's end. Injuries came from up and down the roster. All of that happened during the global COVID-19 pandemic, which forced the KBO to squeeze the usual 144-game schedule into a tighter window and operate most of the season without fans in the seats.

And these are just things that happened on the field. Romak also played the entire season without his family by his side, which took its mental toll on the stoic player.

"Last year, it was incredible at times just how everything went not in our favor," Romak told Yonhap News Agency in a phone interview Tuesday. "It just seemed like it was an endless stream of injuries and bad luck."

Not all was lost though, as Romak emerged from the difficult year with lessons learned.

"I think that baseball is such an amazing game because it is a great teacher. It throws so much adversity at you," he said. "I learned we, as people, can handle more than we think we're capable of handling. We can bend without breaking." 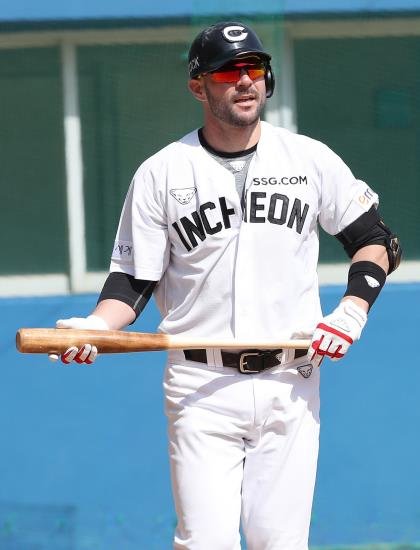 Spending the season away from his family in Canada was especially difficult for Romak, who saw his second son, Pierce, only briefly in March right after his birth and didn't see him again until early November after the season. Some of his teammates reached out during the season, sensing that Romak wasn't quite himself, and Romak ended up getting help for his mental health.

Through it all, Romak tried to help keep his ball club from sinking even deeper.

"On the field, you have to try to be as professional as you can, and separate what's going on off the field and try to leave that at home," he said. "Ultimately, I have a job to do. We never get an asterisk for every year that we play that says, 'You had to deal with this and that.' Your stat line is what it is, no matter what you're dealing with. You have to own that as a professional ball player. Sometimes, it's tough. But that's part of what makes it fun."

Romak said he has always played with that sense of responsibility. All KBO clubs currently employ one foreign hitter each, and those 10 players are expected to put up big power numbers or at least contribute on defense. Typically, these players are kept on a short leash. In the past, even players with big league pedigrees have been let go in the middle of a season in this "what have you done for me lately?" world.

But Romak wouldn't have it any other way.

"I love it. I embrace it," Romak said of the burden placed on his broad shoulders. "I understand really clearly what the expectations are for me. I just use all the resources I possibly can to improve my game as much as possible." 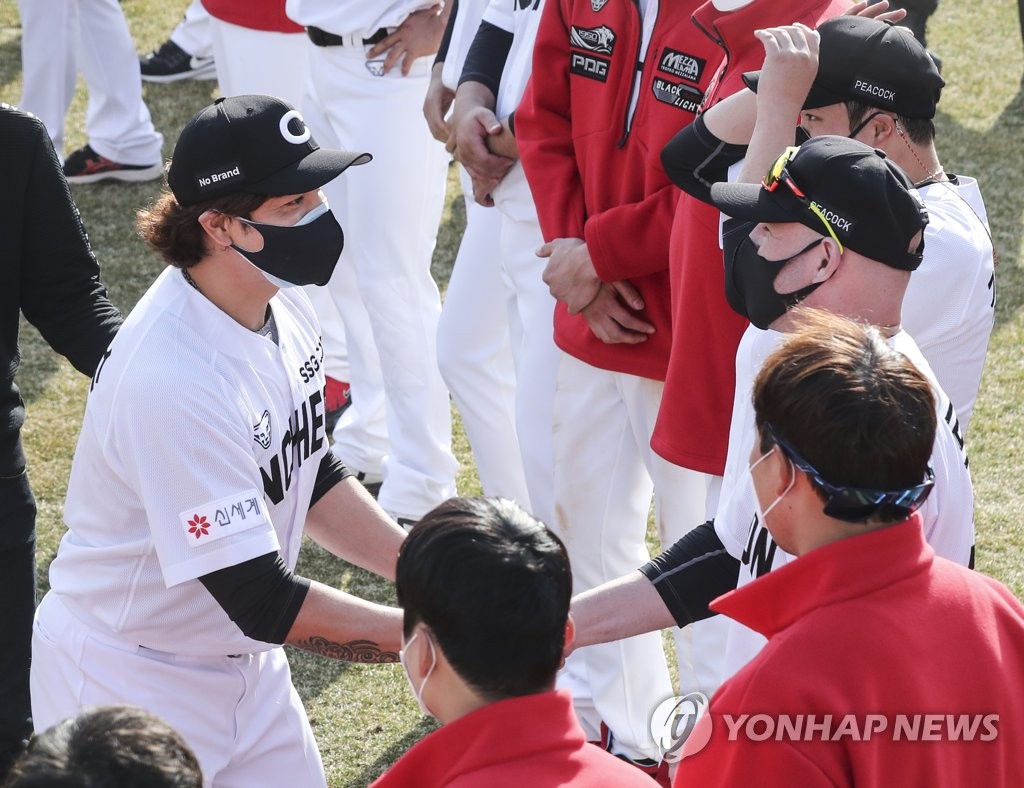 Romak is so determined to help the club that he has played hurt at times. He takes great pride in his ability to stay on the field -- since his first full season in 2018, Romak has only missed 15 games -- and tries to take care of himself by drinking plenty of water, eating well and getting good rest.

"Part of the responsibility as a foreign guy here is you need to play. That doesn't always mean you're out there anywhere close to 100 percent," Romak said. "I think I've had more injections than I'll need the rest of my life, hopefully. You do what you need to do. It's something I embrace, knowing I am the best option for our team in that spot right now, whether I am 100 percent or not."

In the KBO, teams face each other 16 times over a 144-game season, and familiarity can not only breed contempt, it can expose hitters' weaknesses if they don't adjust. And pitchers will go after a proven bopper like Romak, who has averaged nearly 34 homers a season since joining the club in May 2017, with particular vigor.

"With so few teams and a big target on your back, you have to evolve as a player," Romak said. "And I think that has forced me to become a better player. That's why I am so thankful that I've had time here because I've certainly evolved as a hitter out of necessity. I love the role that I am in, and I love the expectations that come with it." 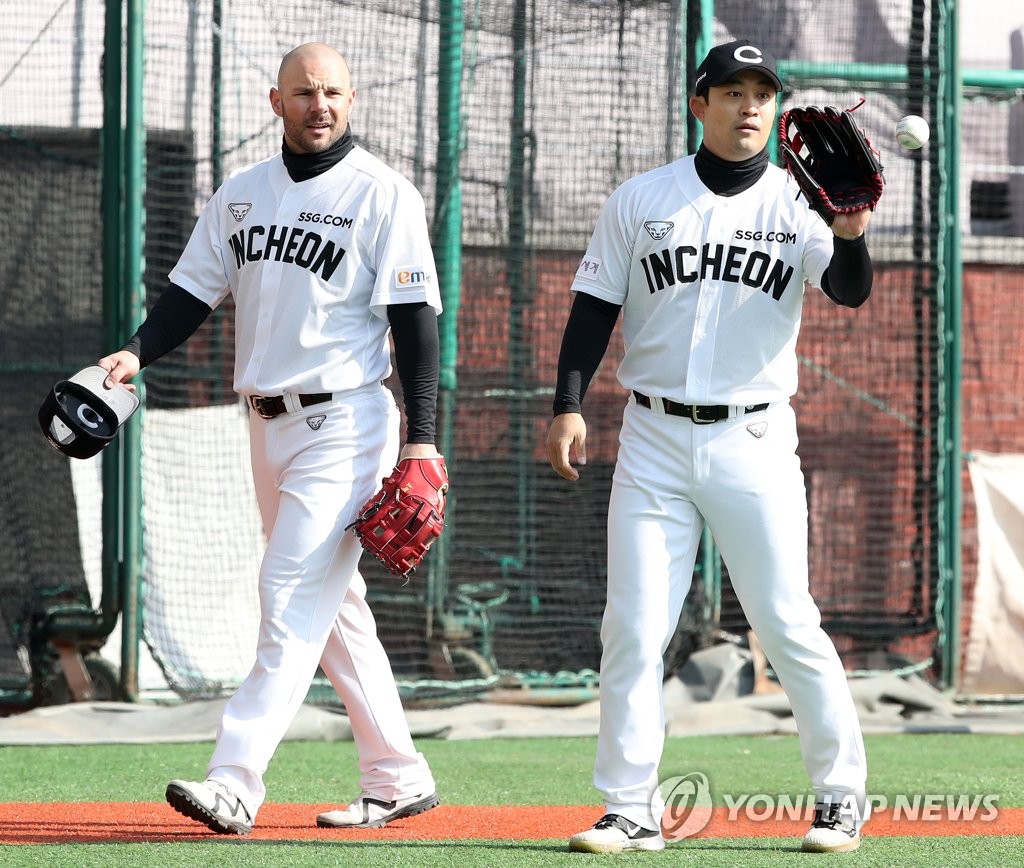 And expectations may be high for the entire Landers team. Well before the abrupt ownership change, the ball club had hired their former pitching coach Kim Won-hyong as the new manager. And soon after Shinsegae's takeover, the club made a huge splash in free agency by signing former MLB All-Star Choo Shin-soo.

Choo and Choi offer power from the left side of the plate and bring more balance to a lineup that features Romak and Choi Jeong as right-handed mashers. Since the start of 2017, Choi and Romak are first and second in the league in homers with 143 and 135, respectively.

"Given the moves the front office made to bring in Joo-hwan and Shin-soo, that's them telling us, 'You're supposed to win.' I take that really seriously," Romak said. "I am really interested in winning. I think that our legacy as players is tied to winning. I think those that play on winning teams get remembered for winning championships and for bringing success to a franchise."

Choo, who mostly bat leadoff in MLB, will hit in the No. 2 spot for the Landers. Romak will likely keep batting cleanup, and he will certainly enjoy having Choo, a veritable on-base machine, in front of him. Choo had a career .377 on-base percentage across 16 years in the majors, 10th among all active players through 2020.

Romak said he and Choo have already talked about putting pressure on opposing starters early in games by being more selective at the plate and getting their pitch counts up.

"We have guys that have a skill set that allows us to get on base and also hit with power," Romak added.

With a new skipper and new ownership in place, and his family about to join him, Romak can't wait to have a fresh start this season.

"The new staff has been a breath of fresh air," Romak said. "There's really good energy and a lot of positivity. There's a lot of reasons for optimism." 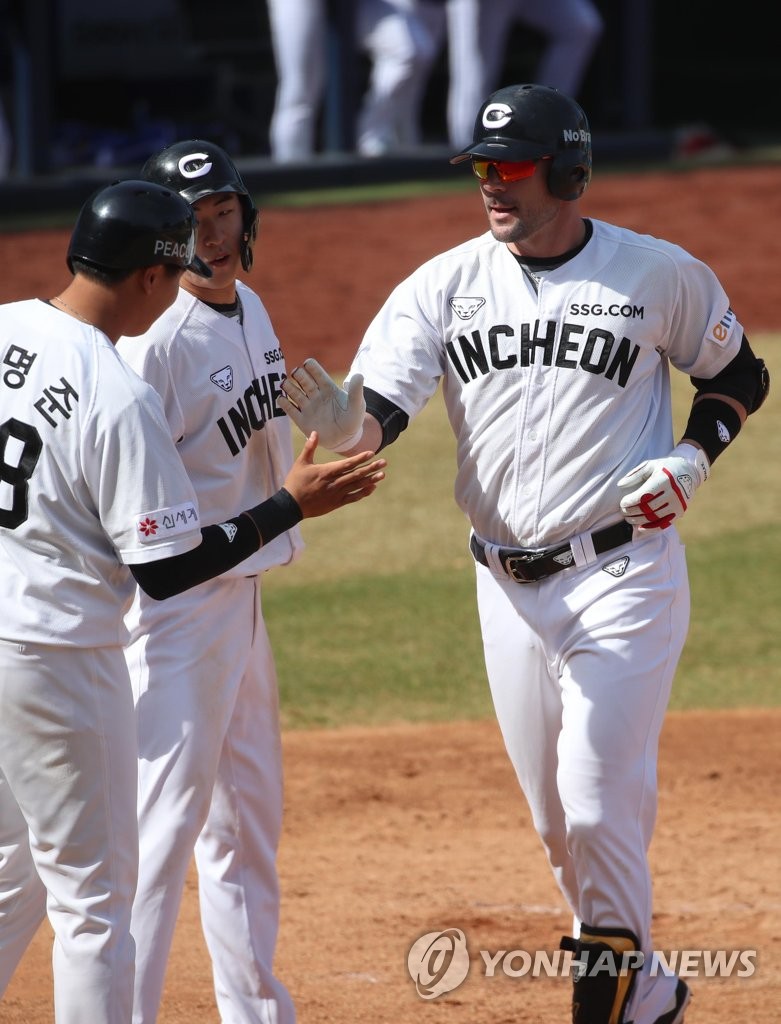