"The last faces I'll see on this trip to the Republic of Korea are those of the service members here at Osan AB," Austin tweeted. The U.S. Forces Korea's Osan Air Base is located some 70 kilometers south of Seoul. 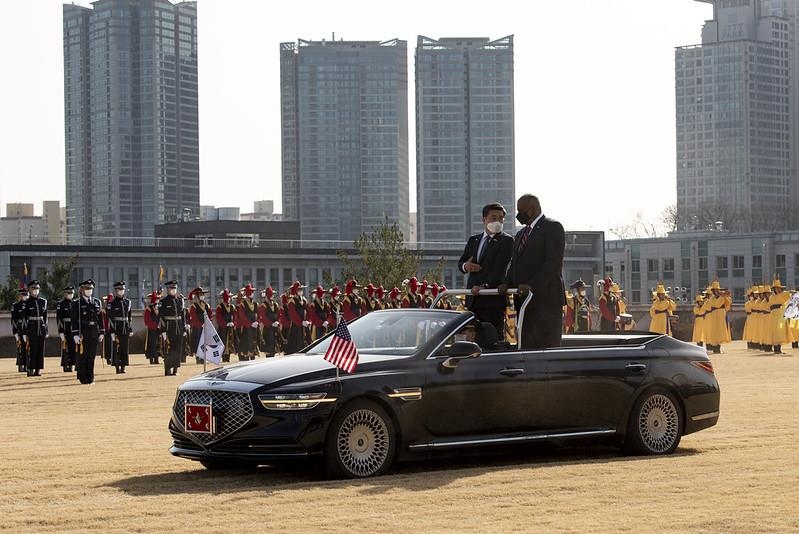 On Wednesday, Austin had one-on-one ministerial talks with South Korean Defense Minister Suh Wook, during which he stressed the bilateral alliance and a staunch joint posture to counter "unprecedented threats" posed by North Korea and China.

Seoul's defense ministry said that the two sides discussed the security situation on the Korean Peninsula, the transition of the wartime operational control and the three-way security cooperation involving Japan.

On Thursday, the top defense officials held the "two plus two" security meetings with South Korea's Foreign Minister Chung Eui-yong and U.S. Secretary of State Antony Blinken, and pledged to resolve the North's nuclear and ballistic missile issues as their top priority.

After paying a courtesy call on President Moon Jae-in, Suh and Austin visited a state cemetery in Seoul to pay tribute to fallen heroes. He left for India, according to the officials.

Pentagon spokesman John Kirby also said on his Twitter account, "Leaving the Republic of Korea knowing that the U.S.-ROK Alliance is stronger than ever and we will continue to go together towards a peaceful and secure Korean Peninsula." 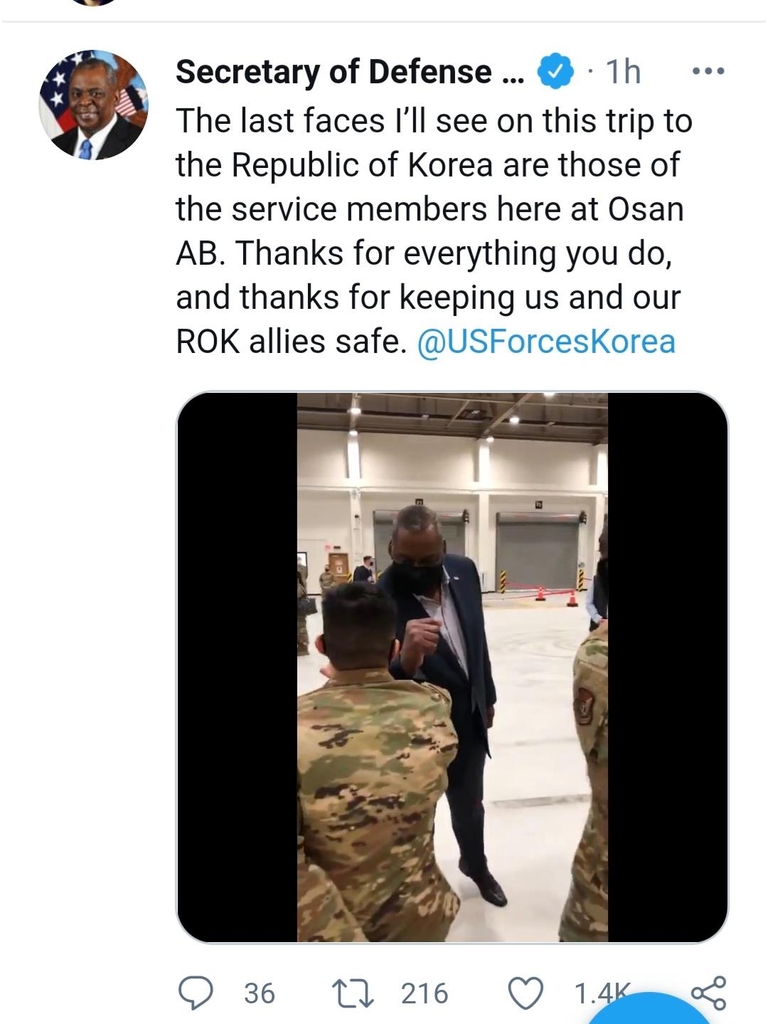