SEOUL, March 19 (Yonhap) -- South Korea will launch its next-generation midsized observation satellite this week, the latest in the country's efforts to boost its space industry and develop its own space technologies, the country's ICT ministry said Friday.

The 540-kilogram satellite loaded on Russia's Soyuz 2.1a will take off from the Baikonur Cosmodrome in Kazakhstan on Saturday morning (local time) and contact the Svalbard Satellite Station in Norway after reaching its target orbit, according to the Ministry of Science and ICT.

Equipped with an imaging sensor system developed by South Korean researchers, the satellite will conduct its four-year observation mission at 497.8 kilometers above the Earth's surface. 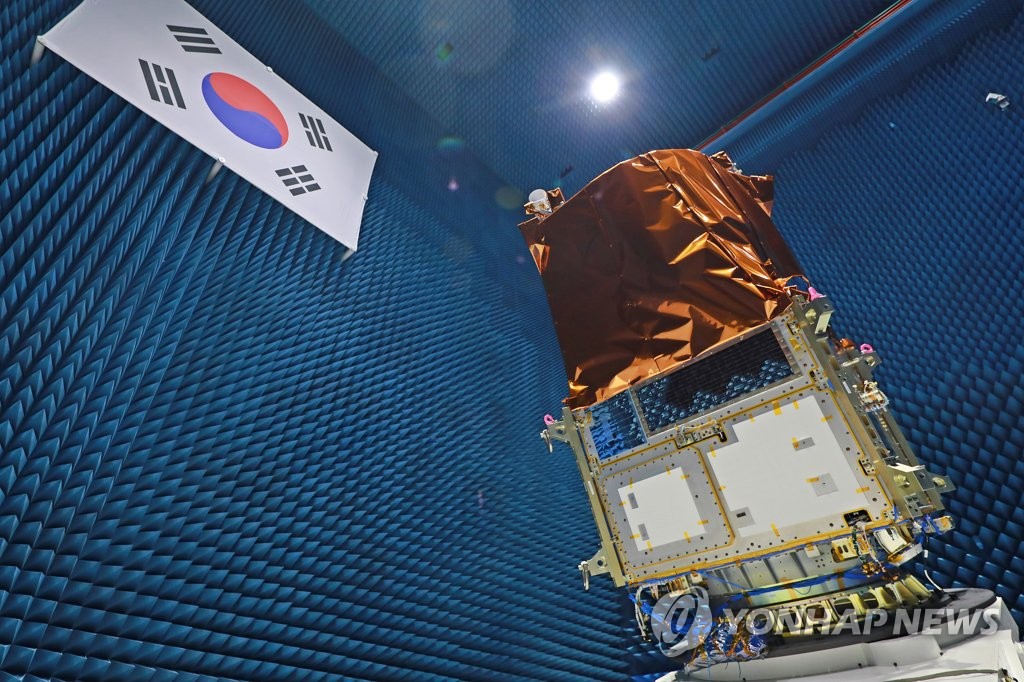 The government has invested a total of 158 billion won (US$139 million) in the satellite project since 2015, with development led by the Korea Aerospace Research Institute (KARI).

The science ministry said most of the core components of the satellite's optical payload were developed by South Korean research institutes and companies, including the Korea Research Institute of Standards and Science and defense IT firm Hanwha Systems Co.

South Korea aims to launch a midsized satellite with its own rocket, using homegrown technology, in the second half of 2023.

The country is scheduled to launch its first locally developed rocket Nuri with a mock payload in October, for which the country has earmarked nearly 2 trillion won since 2010.

The Nuri will succeed South Korea's Naro rocket, whose first-stage engine was built by Russia. The Naro rocket was launched in 2013.

To keep up its development momentum, South Korea is planning another midsized satellite launch next year, with Korea Aerospace Industries Ltd. leading its design to production.

As of the end of last year, South Korea had 17 operational satellites, compared with the United States with 1,897, China with 412 and Russia with 176, according to the Union of Concerned Scientists, a U.S.-based nonprofit organization. 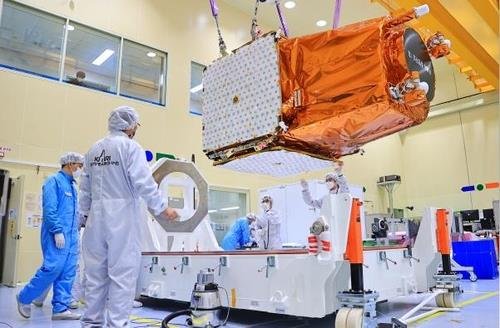