SEOUL, March 21 (Yonhap) -- With his young family recovering from a serious car accident that occurred in the United States last fall while he was playing baseball in South Korea, Kia Tigers' pitcher Aaron Brooks had trouble picking himself up.

The right-hander was in the midst of an outstanding first year in the Korea Baseball Organization (KBO) in late September, when his wife, Whitney, and two young children, Westin and Monroe, were injured in the accident. Brooks returned home immediately to take care of his family, and in the ensuing days, as prayers and get-well wishes poured in from fans and from across the KBO, baseball remained far down the list of priorities for the pitcher.

Only once his family got better was Brooks able to put himself together again. 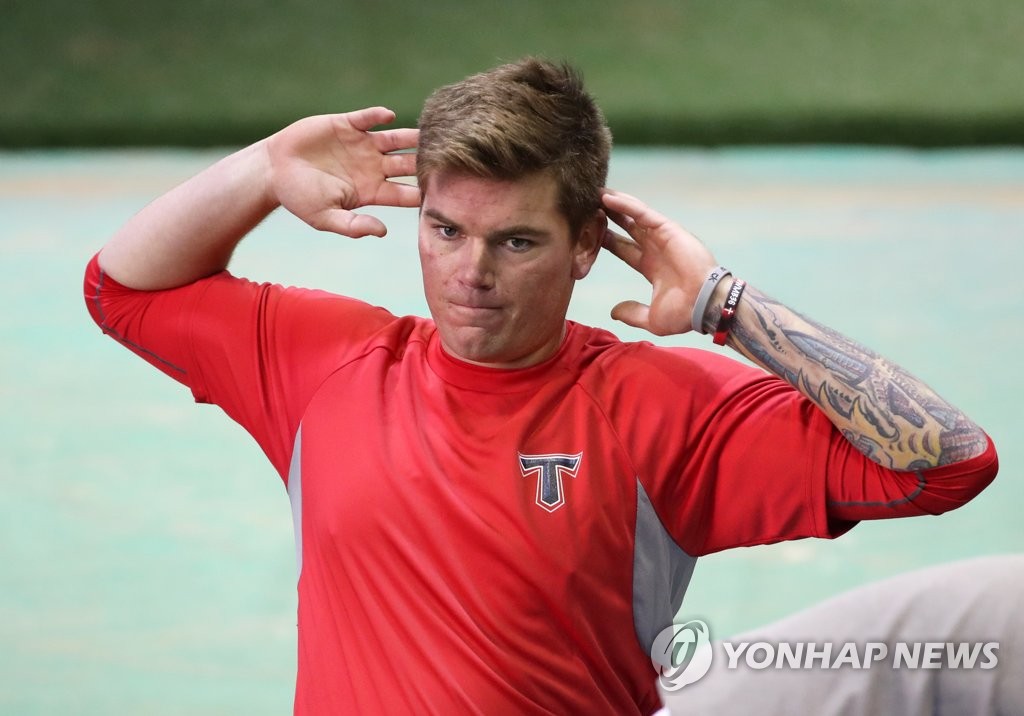 "Early on, while I was still at home, it was kind of hard for me to get back in the gym and get motivated to get going again because all I really cared about was the family," Brooks told Yonhap News Agency in a phone interview last Wednesday. "But at the end of the day, once I knew that they were OK for the most part, I knew that I still had a job to do. And as long as my body will continue to let me play, I want to keep playing. So I knew that I had to get back in shape and throw again."

Whitney, Monroe and Westin are now healthy enough to have joined Aaron for at least the early portion of the 2021 season, which begins on April 3. Westin suffered the most serious injury of the three, and Brooks said he has received enough treatment and care while in the U.S. that he won't need additional checkups or special care while in Korea. 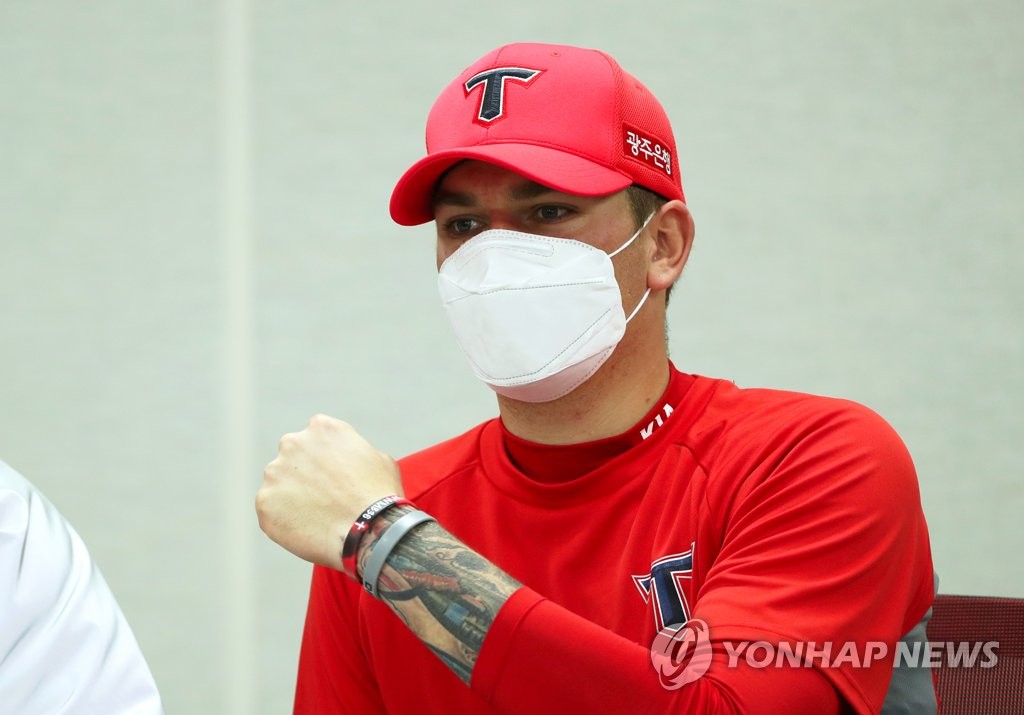 Even though Brooks missed the final month or so of the season, he still ranked third among all pitchers in wins above replacement (WAR) with 6.31.

The Tigers wasted little time bringing back Brooks, as they signed him to a new deal on Nov. 19, even before the end of the postseason. Brooks said the decision to leave the U.S. for Korea for a second season became easier once it became clearer that his family would be able to make the trip with him.

He also wanted to get back to his fans for their show of support through some of the most difficult moments of his life.

"Once we kind of got everything settled down and got everything figured out, I think it was a lot easier for us to just say, I think I owe it to not only myself to come back and perform here again, but the fans," Brooks said. "Everyone in Korea was so supportive of us and had our backs. That's really what kept us going through it all, all the support that we had." 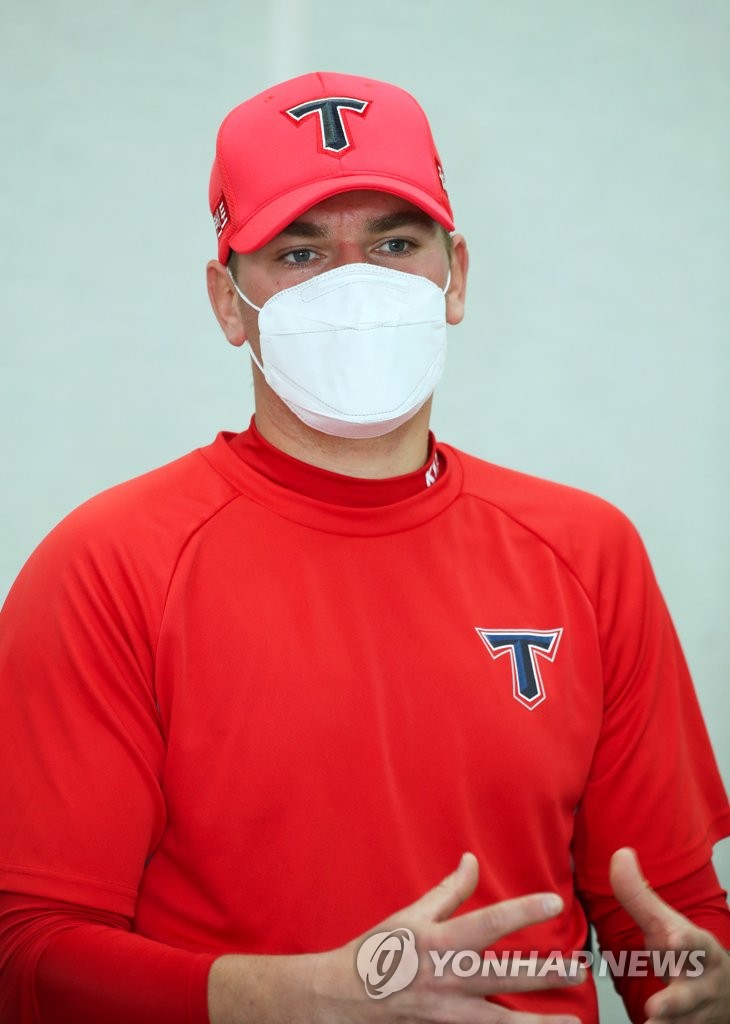 Brooks said he will stick to the same approach by "just pounding the strike zone."

"I'm not a huge strikeout guy, and I rely on my location and my movement to be able to get guys out," said Brooks, who struck out 130 in 151 1/3 innings last year. "Doing that will give me more innings and (help me) get deeper in the game. I just want to throw as much as I can to help us get to the playoffs."

The Tigers will need Brooks to repeat last year's performance, or do even better, because they will be without their long-time ace Yang Hyeon-jong this year. The bespectacled left-hander signed a minor league deal with the Texas Rangers last month and is trying to crack the big league roster in spring training in Arizona.

The Tigers didn't just lose a fine pitcher; Yang had been a well-respected clubhouse leader, someone that young pitchers went to for advice. And now, those same young pitchers are approaching Brooks, 30, for tips and words of wisdom. He carries a certain cachet as a former Major League Baseball (MLB) pitcher.

"I know they all looked up to Yang and to me as well, from what I've seen. So I feel like I did almost have to hop into that role of trying to be a leader," Brooks said. "I'm usually a leader by example. I'm not too talkative. But I try to just take care of business and let the younger guys know the right way to do things and maybe the wrong ways to do things. And I try to be super open."

Brooks has formed strong rapport with the 20-year-old right-hander Kim Hyeon-su, who has referred to the American ace as his mentor. Brooks said Kim has been "picking my brain every day and trying to learn new things." 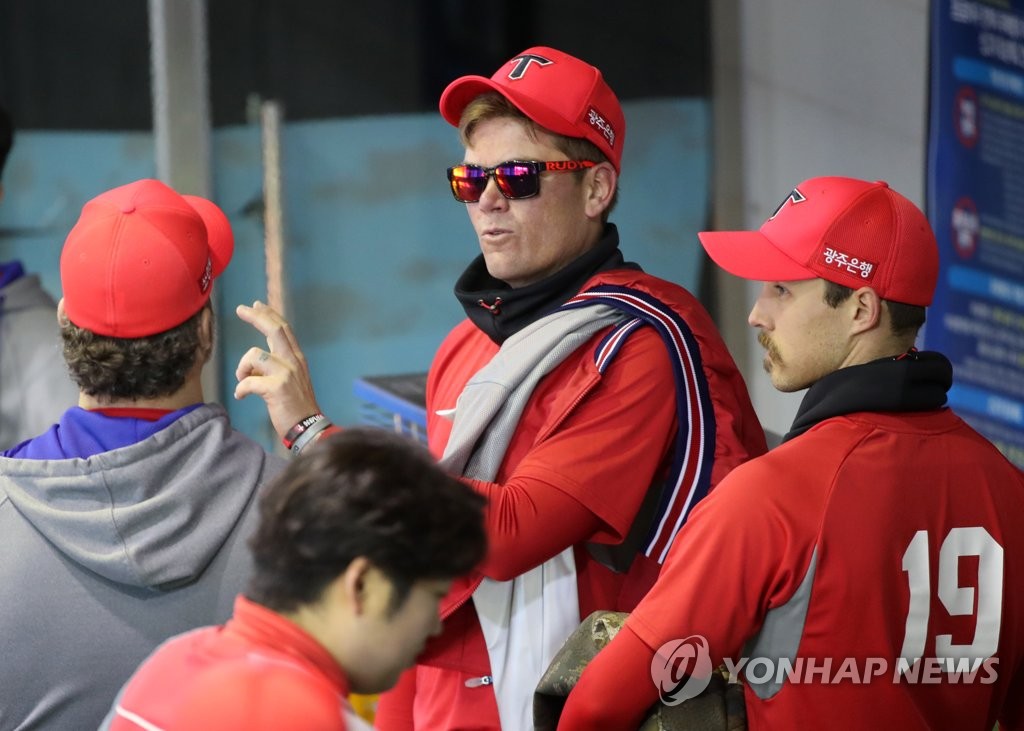 "He respects me a lot just because I've been in the big leagues, and I think that's something that a lot of these guys take to heart," Brooks said. "They know that I know what it takes to get to the highest level in the world, and I think they take that super, super personally and take everything I say."

Brooks said he has tried to keep track of Yang's spring training and had this bit of advice for his former teammate.

"The ball is a lot harder so they go a lot farther (in MLB), so I would say to just keep the ball down, and throw strikes," Brooks said. "From what I've seen, no matter where I'm pitching, if you fall behind hitters, it's a lot easier for them to hit. So as long as he can pound the zone and get ahead, he's got great stuff and he knows how to pitch. As long as he's down in the zone, I think he'll do well."

And Brooks would be wise to keep that in mind himself when he faces a certain former major league hitter in the KBO this year. 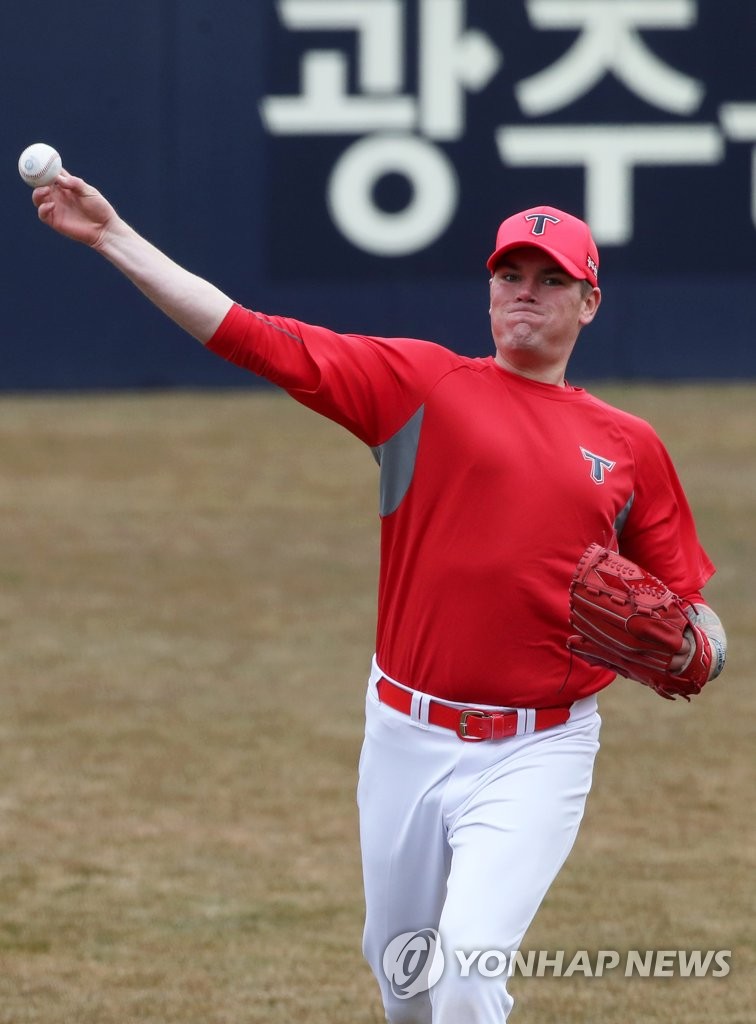 Choo Shin-soo signed with the SSG Landers last month, after 16 years in the big leagues with four clubs. The 38-year-old veteran, one of the most successful Asian hitters in MLB history, was 2-for-5 with a strikeout against Brooks in their big league duels.

"He's obviously a great hitter. He's been in the big leagues for a long time. He knows how to make things work for him, and he knows how to hit," Brooks said. "I think it'd be fun. At the end of the day, the pitchers are the ones throwing the ball, and if we're afraid to face anybody or we're scared to throw a ball in a certain location, I think we've already got ourselves beat. I love the challenge, and I'm looking forward to facing him out there." 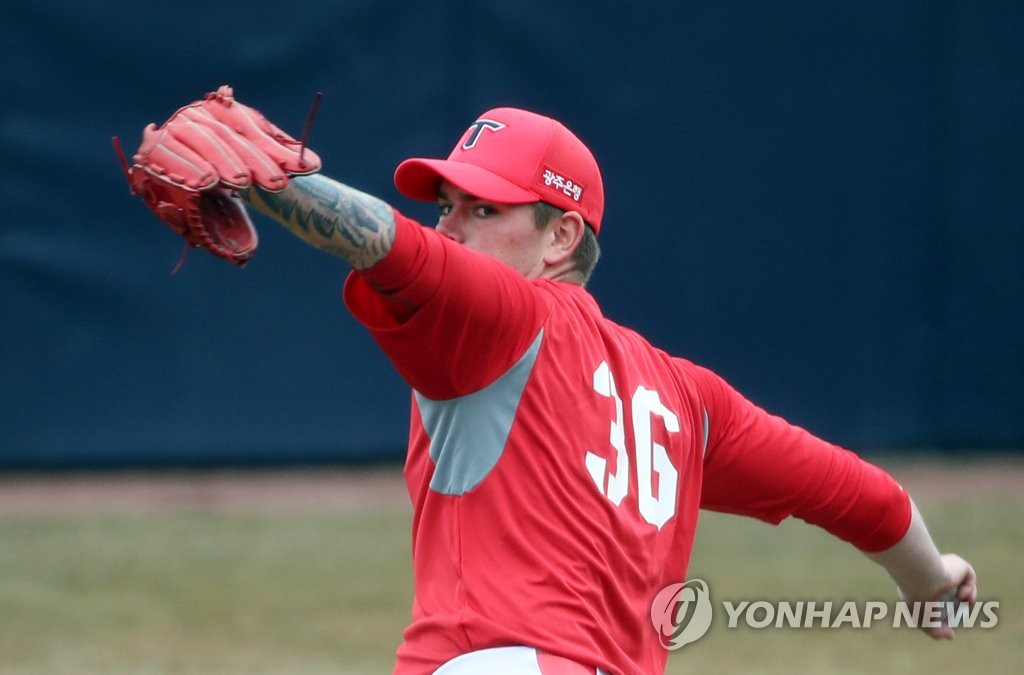