The new service, available from Monday, will provide data of seven types of air pollutants, including nitrogen dioxide, ozone and aerosol optical depth, whose coverage ranges from India to Japan.

It will also provide additional data, such as sulfur dioxide levels, during natural disasters, like volcanic eruptions.

Such realtime service had been publicly unavailable as the country previously relied on foreign environmental satellites, which collected data in the region at a relatively infrequent rate.

The country's Chollian-2B satellite, launched in February last year, can make eight observations a day and will conduct a 10-year mission.

The science ministry unveiled Chollian-2B's observational data for the first time last November of fine dust from China moving to the Korean Peninsula on Oct. 20, highlighting that China is partly to blame for poor air quality in the region.

The ministry said it expects the data from the Chollian-2B to help analyze atmospheric pollutants across Asia and contribute to the country's environment-related policy making.

The service can be accessed on the Internet site (https://nesc.nier.go.kr) 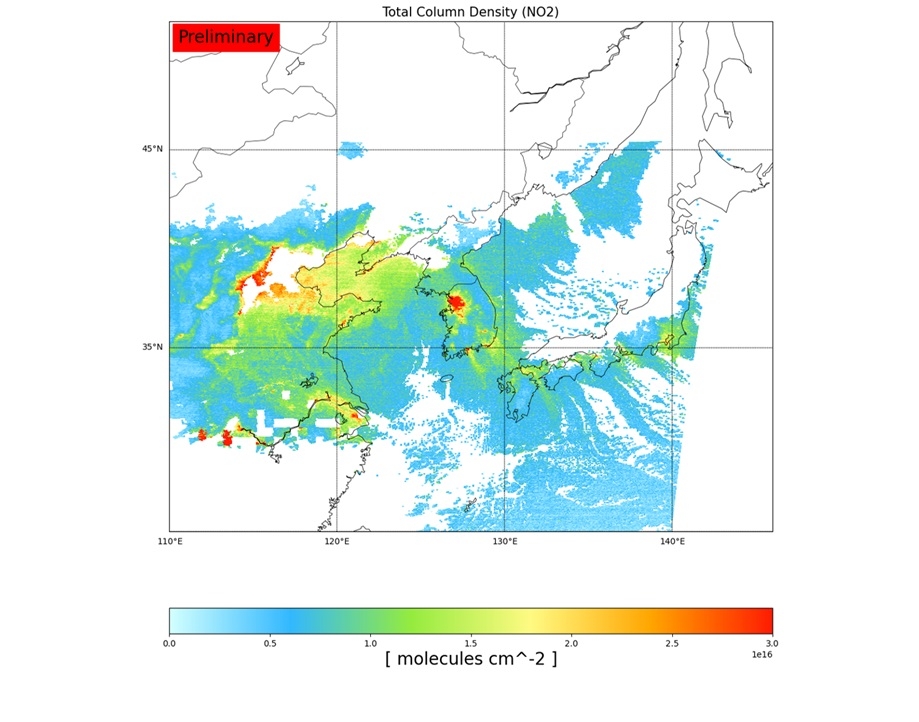