WASHINGTON, March 19 (Yonhap) -- The United States and China had a candid conversation on a range of issues, including North Korea, during a ministerial meeting in Alaska, U.S. Secretary of State Antony Blinken said Friday.

The top U.S. diplomat also said the interests of his country and China intersected when it came to issues such as North Korea.

"We certainly know and knew going in that there are a number of areas where we are fundamentally at odds," Blinken told reporters.

"But we were also able to have a very candid conversation over these many hours on an expansive agenda. On Iran, on North Korea, on Afghanistan, on climate, our interests intersect," he added. 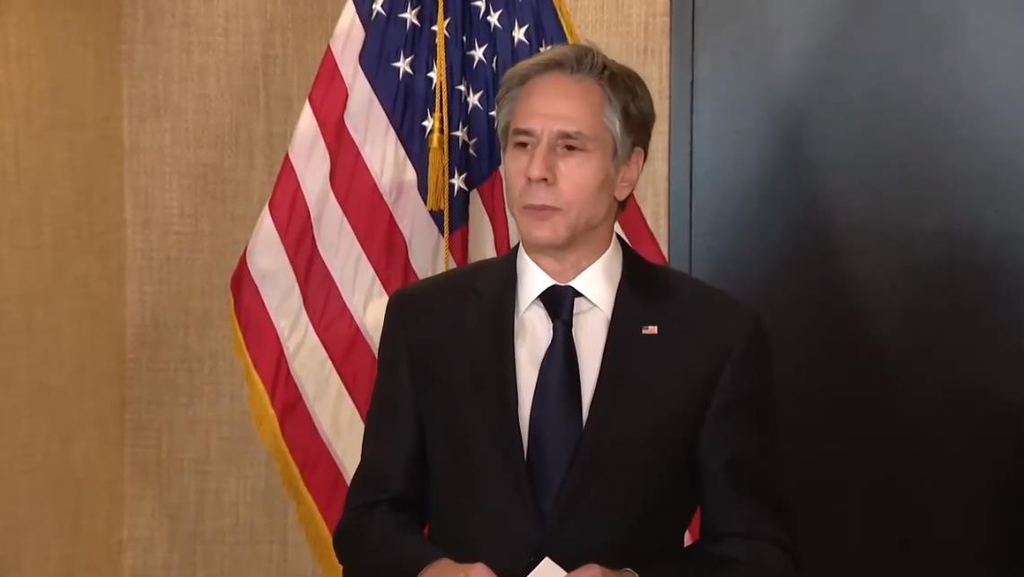 Blinken and Yang were also joined by U.S. National Security Adviser Jake Sullivan and his Chinese counterpart, Wang Yi, for the two-day meeting in Anchorage.

The U.S.-China dialogue followed Blinken's visits to Japan and South Korea, where he highlighted the U.S. commitment to its alliances with the Asian nations, as well as their joint efforts to maintain a "free and open Indo-Pacific."

Blinken earlier said he would certainly deliver the concerns of U.S. allies over China's aggressive behavior in the region to the Chinese side.

"On economics, on trade, on technology, we told our (Chinese) counterparts that we are reviewing these issues with close consultation with Congress, with our allies and partners, and we will move forward on them in a way that fully protects and advances the interests of our workers and our businesses," he said after his meeting with the Chinese officials.

Blinken has said U.S.-China relations will be ""competitive when it should be, collaborative when it can be and adversarial when it must be."