Choo, the biggest offseason signing by the SSG Landers, went 0-for-3 from the No. 2 spot against the NC Dinos at Changwon NC Park in Changwon, 400 kilometers southeast of Seoul. The preseason in the Korea Baseball Organization (KBO) was scheduled to begin across the nation on Saturday, but all five games were rained out, delaying Choo's first appearance by 24 hours. The preseason will run through March 30, and games canceled by inclement weather will not be made up. 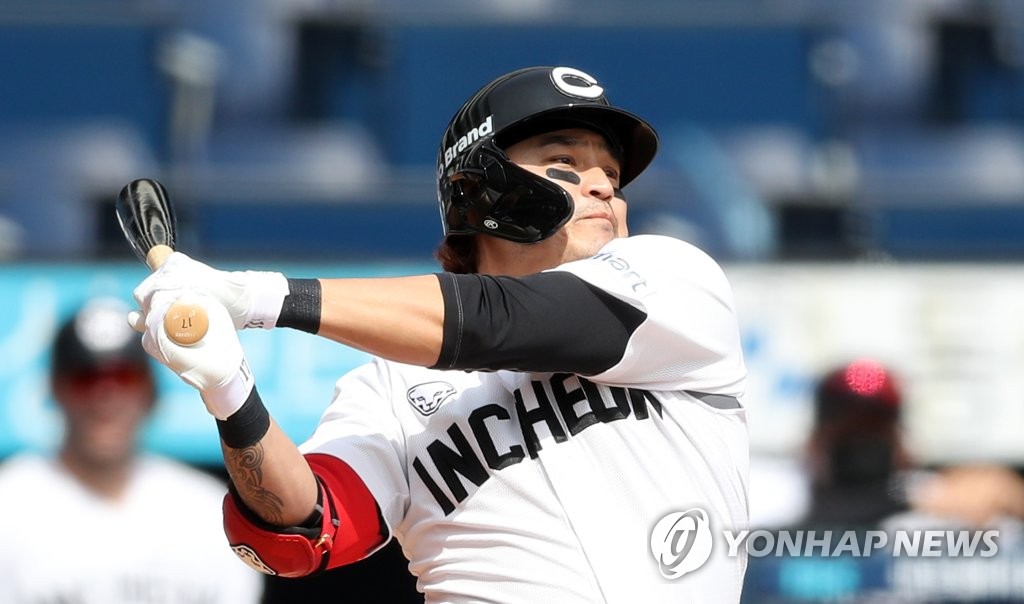 In the top of the first inning, Choo looked at a 1-2 fastball on the far corner from right-hander Wes Parsons. Choo struck out again in the third, this time fanning on a high fastball from Parsons.

On his third plate appearance in the fifth inning, he took a huge cut, but it was a fly out to left field. He was replaced with a pinch hitter in the eighth.

Choo joined the Landers -- called the SK Wyverns before a recent sale to the retailer Shinsegae Group -- on a one-year contract worth 2.7 billion won (US$2.4 million) in February. After landing in Korea and completing his 14-day quarantine, mandated for all international arrivals in to the country, Choo reported to the Landers' camp on March 11.

He had been limited to practices while the Landers played unofficial scrimmages on the road. Though Choo had wanted to get into game action earlier, Landers manager Kim Won-hyong held him out of the lineup, citing risks of injury for the 38-year-old veteran who hadn't been practicing much since the Texas Rangers' season ended last September. 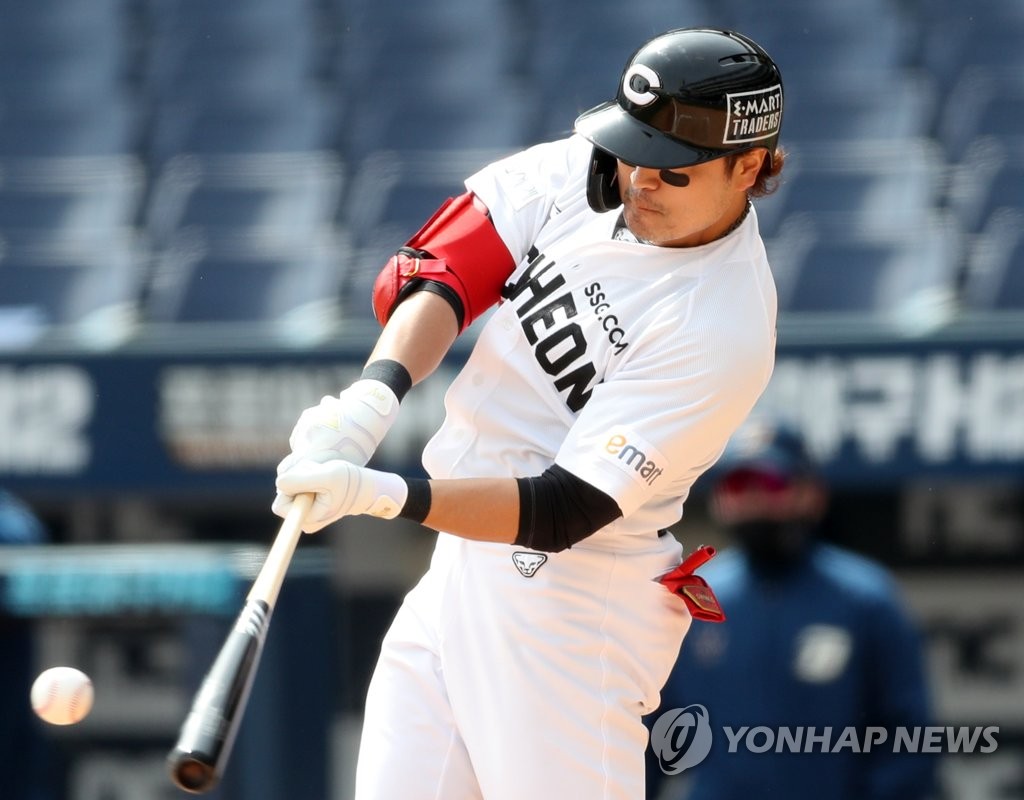 Choo, who played 16 years in the bigs, is one of the most accomplished Asian-born hitters in major league history. He is the all-time leader among all Asian players with 218 home runs and 782 RBIs. Choo had seven 20-homer seasons and made it into the 20-20 club, with at least 20 homers and 20 steals in the same season, three times.

Choo earned his first All-Star selection in 2018 while with the Rangers, a season in which he set a franchise record with a 52-game on-base streak. Choo had a career on-base percentage of .377, 10th among all active players at the end of last season.

Kim has said Choo will mostly bat second and play left field. Choo had been the Rangers' primary leadoff man and played either of the corner outfield spots.