According to news reports by Malaysian media, a bus carrying 33 people, including North Korean diplomats, officials and their families, departed for the airport from the North Korean Embassy in Kuala Lumpur at about 11 a.m. (Malaysian time).

The North Korean flag, which was flown on the premises the previous day, was removed overnight from the building, before the bus entered the compound around 9 a.m. 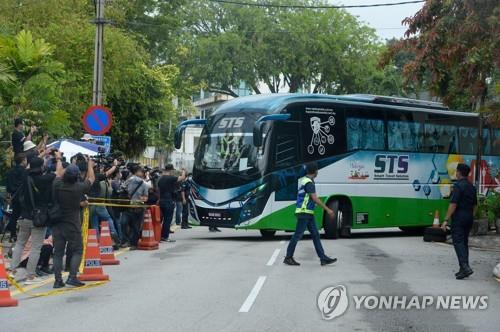 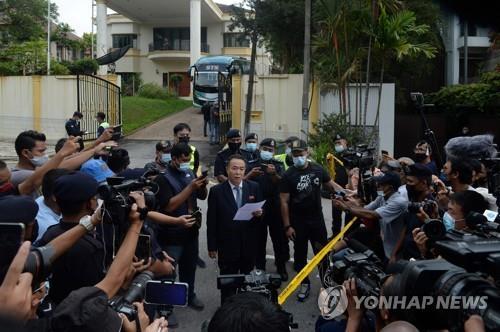 In immediate response, the Malaysian government denounced North Korea's move and ordered all diplomatic staff at the North Korean mission in Kuala Lumpur to leave the country within 48 hours. It also said it would close its embassy in Pyongyang. 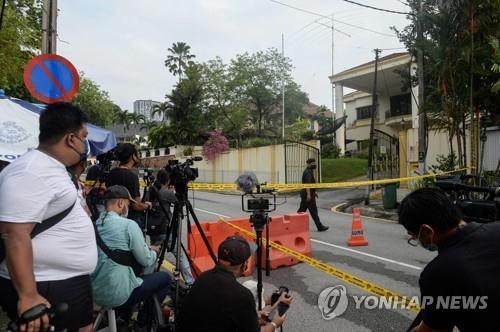