SEOUL, March 22 (Yonhap) -- South Korea's next-generation midsized observation satellite successfully entered its target orbit and made its first contact with a base station on Monday, the science ministry said, marking the country's latest step to boost its space industry.

The 540-kilogram satellite made contact with the Svalbard Satellite Station in Norway around 100 minutes after its launch on Russia's Soyuz-2.1a rocket from the Baikonur Cosmodrome in Kazakhstan at around 11:07 a.m. (local time), according to the Ministry of Science and ICT.

Researchers at the Korea Aerospace Research Institute (KARI) confirmed that the satellite's system was operational and that it reached its initial target orbit of between 484 kilometers and 508 kilometers above Earth, the ministry said.

The observation satellite was originally scheduled to take off last Saturday, but an error in the Russian rocket's electrical ground support equipment pushed back the launch to Monday. 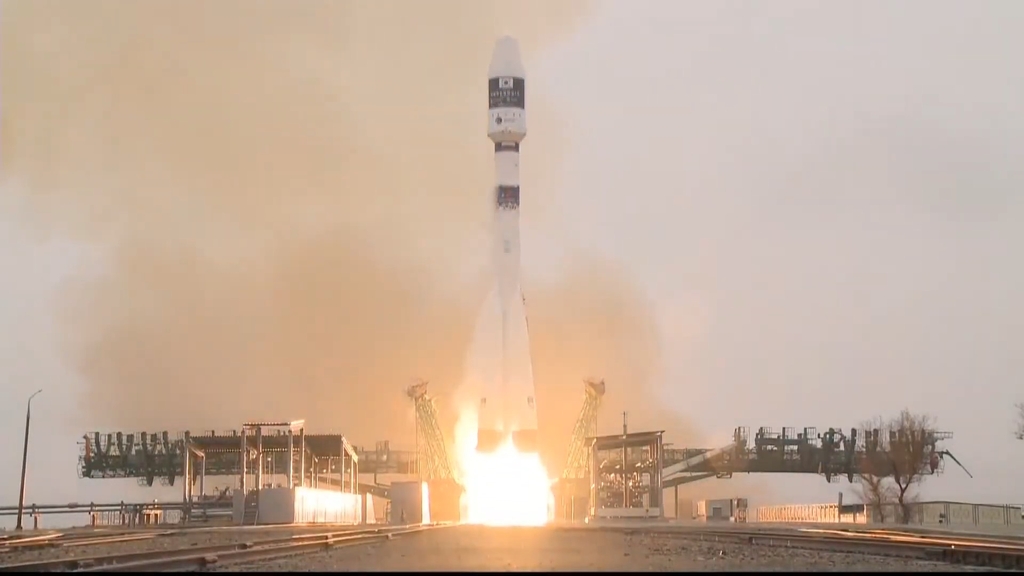 Equipped with an imaging sensor system developed by South Korean researchers, the satellite will conduct a four-year observation mission at 497.8 kilometers above the Earth's surface.

The launch comes after years of investment in the space industry by the relative latecomer to the global space development race.

The science ministry said most of the core components of the satellite's optical payload were developed by South Korean research institutes and companies, including defense IT firm Hanwha Systems Co.

The country is also planning to launch its first locally developed rocket Nuri with a mock payload in October, for which the country has earmarked nearly 2 trillion won since 2010.