Lee made the remarks in a meeting with Lee Jong-kul, head of the Korean Council for Reconciliation and Cooperation, a pro-unification civic group, after North Korea recently threatened to disband a party organ handling cross-border affairs in anger over joint military drills between South Korea and the United States.

"The government in principle shares the view that humanitarian cooperation (with the North) in the private sector should resume and will review ways toward that direction," Lee said at the start of the meeting.

"There are still a few things to take into account. One is the coronavirus situation in the North and in a related matter how the North acts on its border controls with China and others ... We will have sufficient internal discussions and provide answers to the matter of resuming humanitarian cooperation in the private sector at an early date," he added.

Lee also emphasized that the humanitarian assistance issue should be addressed independent of political and military situations.

His remarks came days after Kim Yo-jong, the powerful sister of North Korean leader Kim Jong-un, slammed South Korea for going ahead with its springtime joint military drills with the U.S.

She threatened to scrap a tension-easing military deal and also disband the Committee for the Peaceful Reunification of the Country handling cross-border affairs and dialogue.

North Korea has claimed to be coronavirus-free but has maintained tight border controls since early last year to ward off an outbreak of the highly contagious disease on its soil.

Pyongyang has repeatedly rejected offers for help from South Korea to ease its food paucity amid chilled inter-Korean relations. Leader Kim earlier urged his officials not to receive outside help on worries about the spread of the coronavirus into his country. 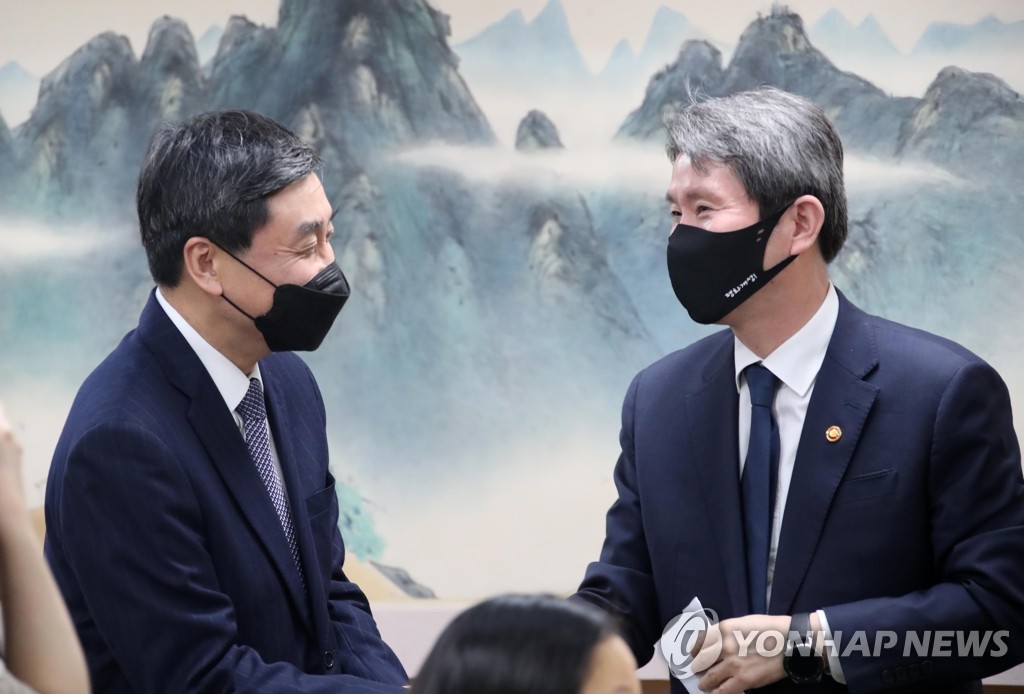