SEOUL, March 22 (Yonhap) -- Director Lee Joon-ik has carved out a unique position in Korean cinema, which is dominated by blockbuster action films like elsewhere in the world, for his quest to discover stories from Korean history. 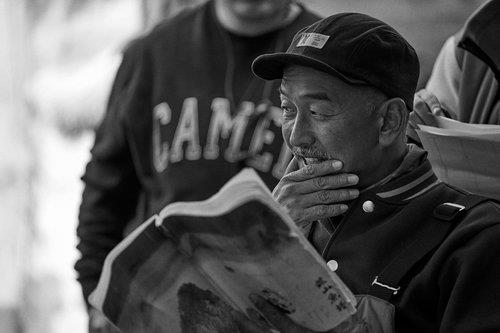 "The Book of Fish" is the latest in his efforts to shed light on lesser known historical figures struggling in the course of great historical events like blood-splattered political plots in the medieval era and the Japanese colonization of Korea in the early 20th century.

"As for a historical drama, you may think of special events or famous people in the past," director Lee said in an online interview with Yonhap News Agency and other media on Friday. "But my movie deals with a personal story of a figure who's been unheard of. It starts from a different perspective."

The new film is about Jeong Yak-jeon, the brother of Jeong Yak-yong, one of the greatest thinkers in the 1392-1910 Joseon Dynasty.

And the director discovered another overlooked figure, Chang-dae (Byun Yo-han), whose name was mentioned in the preface of "The Book of Fish," a piscine encyclopedia written by Jeong Yak-jeon in the early 19th century, featuring the names, shapes and usage of 155 species of marine life.

"There were great people in the past eras and we do remember them," he said. "But we easily forget that the great people have close friends as great as themselves. They couldn't make such achievements without assistance from their friends."

He said he wanted to show that Yak-jeon had Chang-dae, who played a role in writing the former's piscine encyclopedia during his exile on Heuksan Island, and that the latter also shared the same inner struggle in the historic moment when the medieval age was pushed away by modern times. 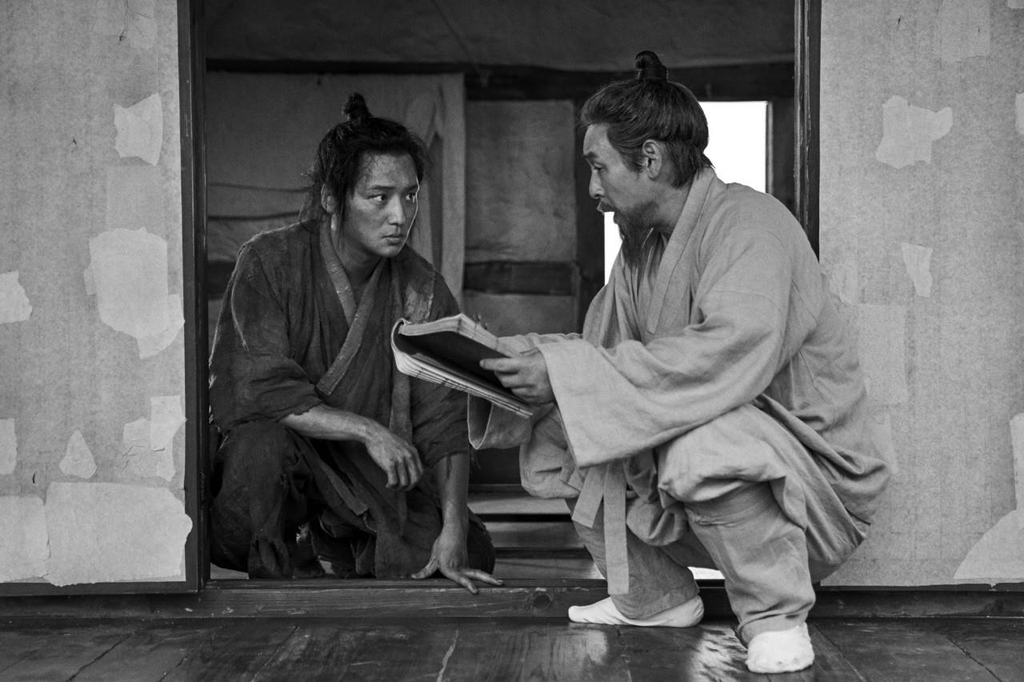 Lee's 2016 biographical drama "Dongju," which portrays the tragic life of young poet Yun Dong-ju in the Japanese colonial era, follows the story of the poet's cousin Song Mong-gyu, who devoted his life to the independence movement but was rarely remembered.

In another biopic "Anarchist from Colony," Japanese nihilist Fumiko Kaneko comes under the spotlight along with protagonist Park Yeol, who organizes an anarchist group in Japan during the colonial era. 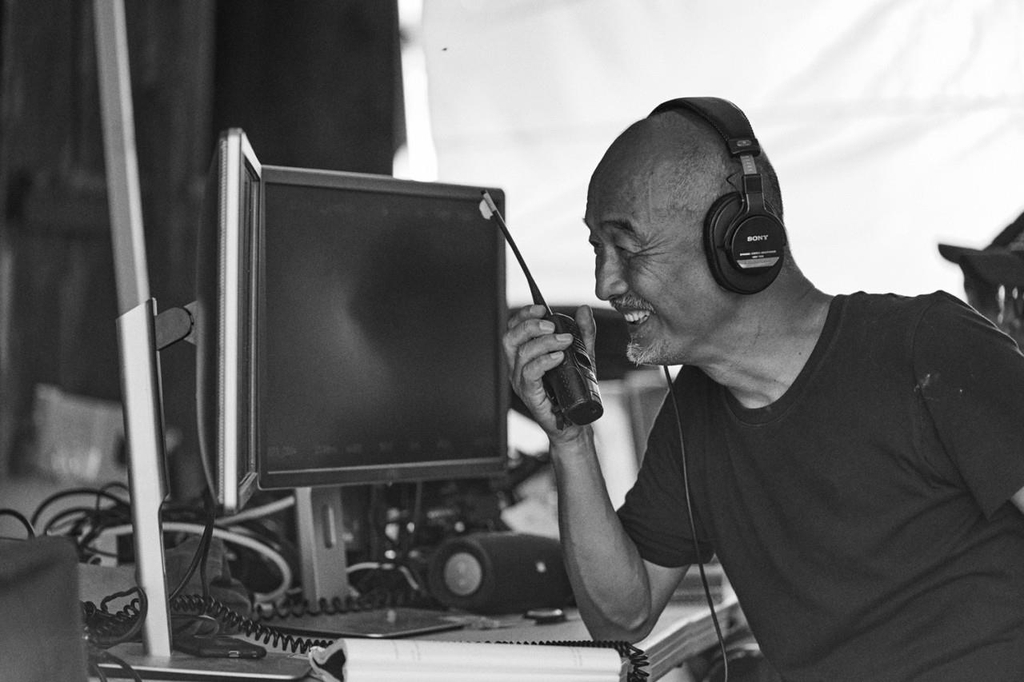 To highlight the special cinematic focus on the lesser known or even lowly characters of Yak-jeon and Chang-dae, the director decided to go with black and white in "The Book" again, following "Dongju."

"The black-and-white cinematography is more effective to feature the essence of human life and the inner side of a character," said the director who majored in Asian painting in college. "The monochromatic scenes, which simplify the background, help viewers rivet their eyes more on characters and their relationship and emotion on the screen."

He admitted that a black-and-white film is a long shot in the South Korean film industry where colorful and lucrative silver screen projects are widely welcomed.

Even his biggest hit "The King and the Clown" won rave reviews not only for the arresting screenplay but also for effectively using the colors of costumes to portray the emotional nuances of characters.

But the 61-year old director said he knows there are still many people who love to explore humble characters who left some small marks on history, given that his previous black-and-white film "Dongju" attracted a larger-than-expected 1.1 million people.

"This movie provides no spectacles. But it has spectacular moments for emotions of characters," he said. "I just expect viewers to be impressed with the past times and historical figures through the movie."

"The Book of Fish" will hit local screens on March 31. 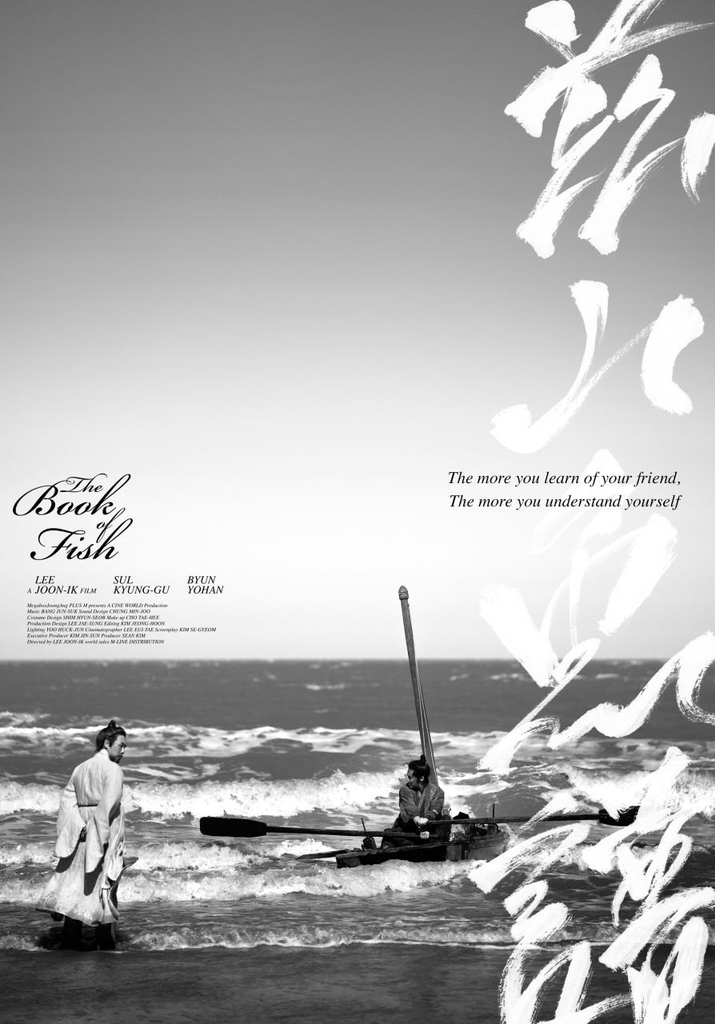