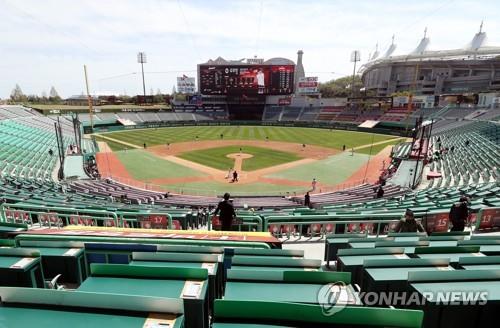 The retail giant Shinsegae Group took over the SK Wyverns from the mobile carrier SK Telecom last month, and renamed the club SSG Landers on March 5. Work had already been under way at the stadium in Incheon, about 40 kilometers west of Seoul, to remove signs and symbols of SK.

The new name will be put in official use starting with the Landers' preseason game against the Samsung Lions on Thursday. The Landers said the new name of the stadium reflects Shinsegae's drive to transform the ballpark into a new landmark in Incheon, offering a wide range of experiences and services for spectators in addition to the game on the field.

With the new club name, stadium name and logo in place, the Landers are now awaiting their new uniform. They're currently playing in a temporary jersey bearing the name of their home city on the front. 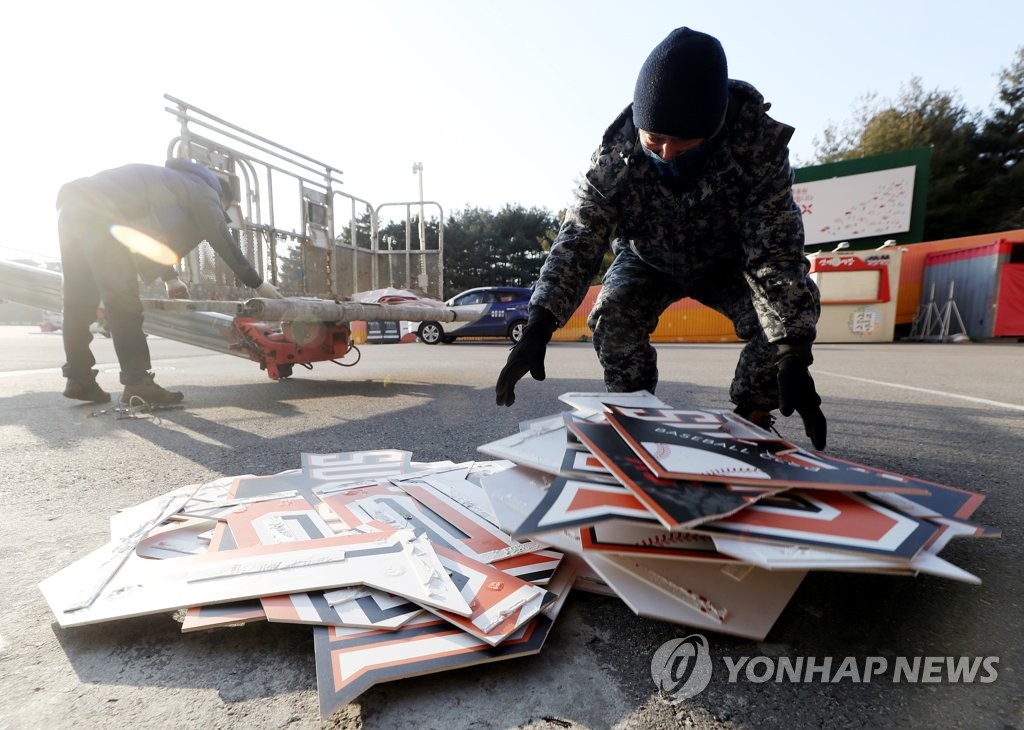