BUSAN, March 22 (Yonhap) -- Two childhood friends who once crossed paths in Major League Baseball (MLB) reunited before a Korean preseason game Monday -- in the city of their births, no less.

It was the first meeting between Choo and Lee since the former signed with the Landers in February, following 16 years in the majors. 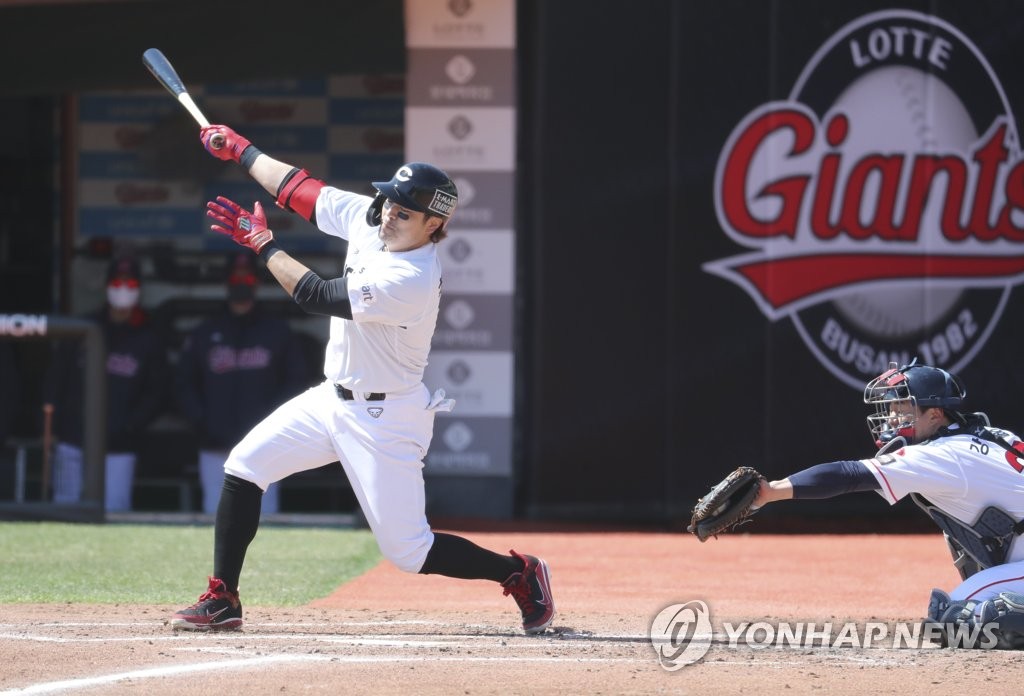 It's a well-known story among Korean baseball fans that Choo and Lee, now 38, were teammates at Suyeong Elementary School in Busan. Choo was on the team first and urged Lee to join him later.

The two went on to play for rival middle schools and high schools in the baseball-crazed Busan. They were back together on the junior national team that won the 2000 world championship in Edmonton, Canada.

As pros, Choo signed with the Seattle Mariners out of high school and made his big league debut in 2005. Lee was drafted by the Giants in 2000 and his KBO debut came the following year.

Lee also had a stint in Japan before taking his talents to Seattle himself. He spent the 2016 season with the Mariners, with Choo then playing for the American League West division rivals, Texas Rangers.

And five years later, the friends are in the KBO together for the first time. 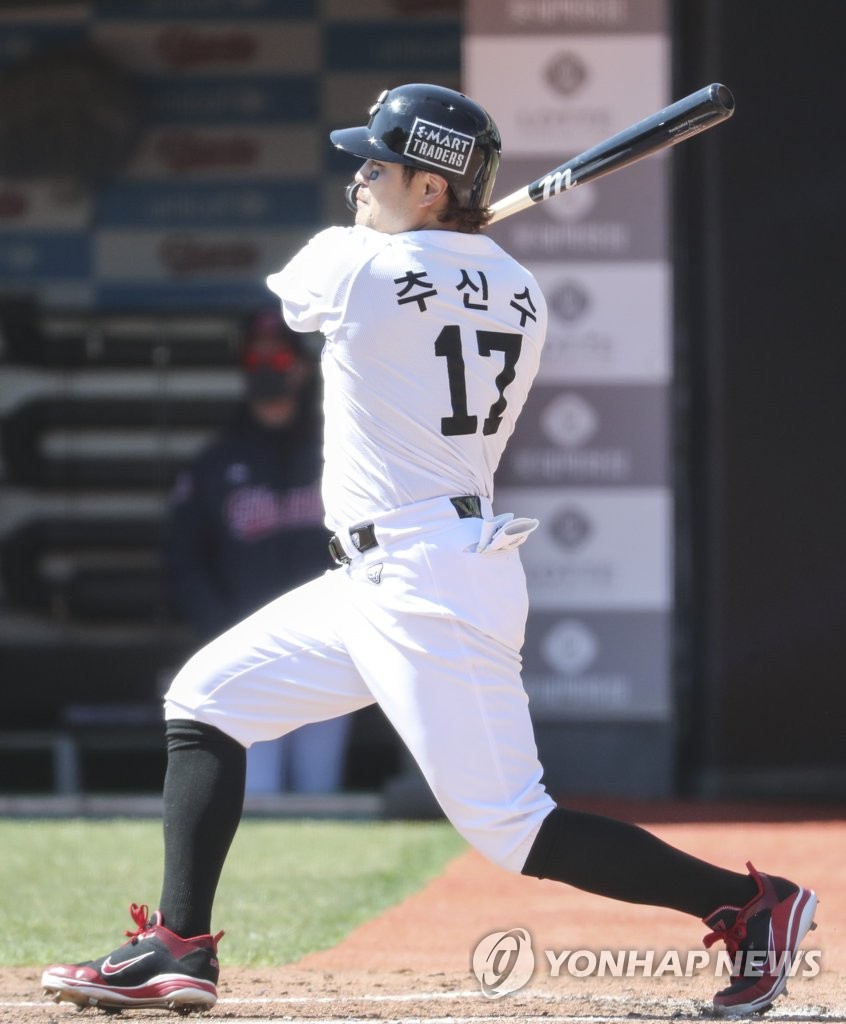 "It's just great to see my buddy here," Choo said after exchanging hugs with Lee during a pregame practice.

Choo frequented Sajik Stadium as a boy, watching his uncle, Park Jung-tae, play second base for the Giants.

"The stadium looks great. It must have been renovated a few times," Choo added.

Lee said he was happy to see Choo in person for the first time in a while and added he felt "a bit strange" to be standing on the same field in Korea with his friend. 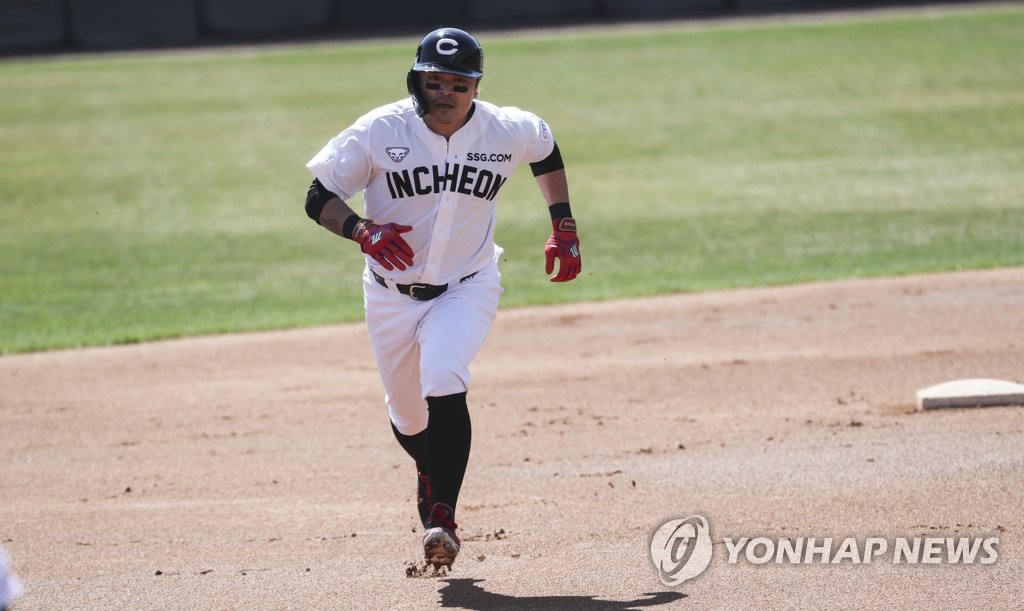 Choo, playing in his second preseason game, picked up his first KBO hit in the fifth inning.

Choo had gone 0-for-3 with two strikeouts in Sunday's game against the NC Dinos. Batting second as designated hitter, Choo drew a walk in the first inning and struck out in the third inning.

In the fifth, he lined a single off reliever Kim Kun-kuk. He later scored on a double play ball.

The Landers' dugout erupted in cheers when Choo got his first hit, and Choo said afterward he found that reaction from his teammates a bit amusing,

"I've had a lot of hits over my career, and it was weird to be congratulated for getting a hit in a preseason game," said Choo, who had 1,671 hits in MLB. "I guess it was because it was my first hit here. It felt great."

Choo said he was accustomed to playing about 25 games in spring training in the majors before the regular season, using that time to build his routine. In the KBO, though, he will play no more than nine games in the preseason, and he's behind most of his teammates, who got in a few scrimmages and unofficial practice games before the preseason began over the weekend.

"It's hard to say if I am swinging the bat well or not at this point," Choo said. "My focus now is to get my timing down and figure out the strike zone." 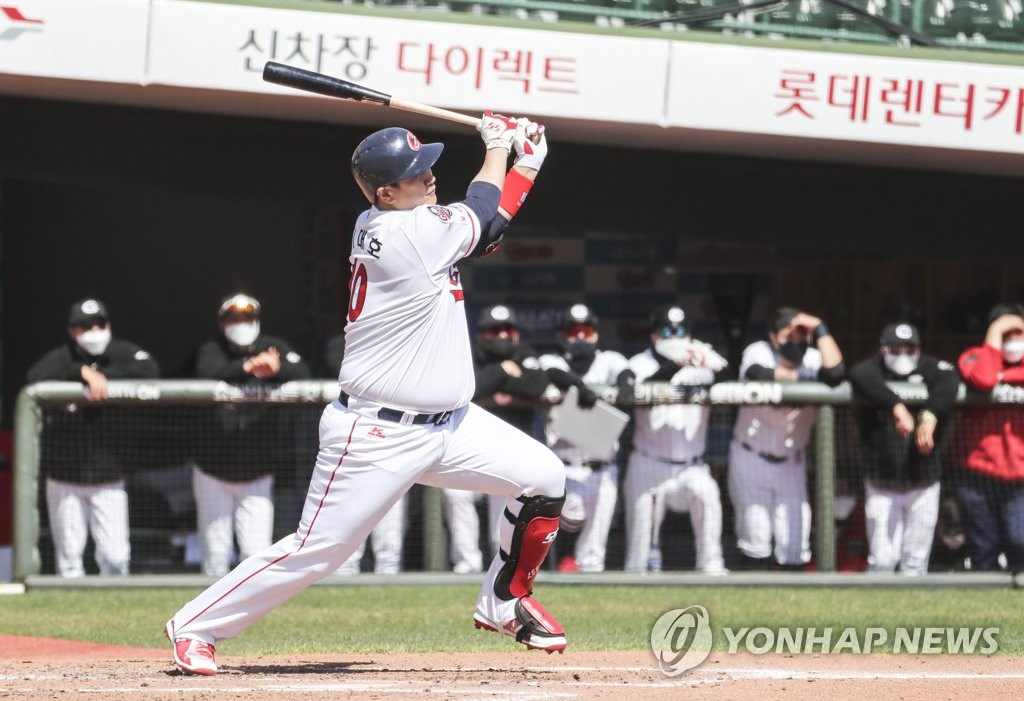