Kim told Xi that North Korea wants to bolster relations with China and their friendly ties will be developed in line with their fundamental interests and wishes.

Xi told Kim that China will uphold a political settlement of the Korean Peninsula issue and Beijing wants to make efforts for solid development of relations with North Korea, Xinhua reported.

Their messages were exchanged at a meeting in Beijing between senior Chinese diplomat Song Tao and Ri Ryong-nam, North Korea's new ambassador to China.

North Korea and China have displayed their friendly relations in recent years amid Beijing's deepening rivalry with the United States and stalled denuclearization talks between Pyongyang and Washington.

North Korea has been seeking to maintain closer ties with China amid an impasse in nuclear talks with Washington and multiple internal challenges, including the fallout of the prolonged antivirus campaign, devastation caused by recent typhoons and economic woes from crippling global sanctions. 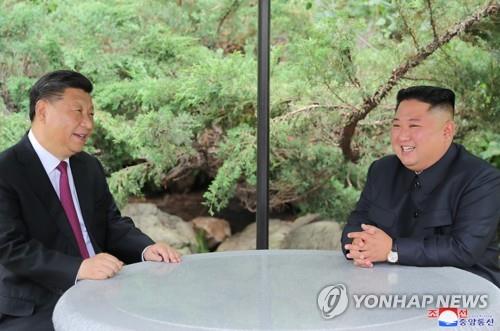