WASHINGTON, March 22 (Yonhap) -- Arming South Korea with its own nuclear weapons against threats from North Korea would only help justify the North's ongoing pursuit of nuclear weapons, and thus making it impossible to denuclearize the North, a former commander of U.S. Forces Korea said Monday.

Vincent Brooks argued the U.S. must instead periodically reaffirm its commitment to the joint defense of South Korea and strengthen its extended nuclear deterrence for South Korea.

"I think that it would further solidify North Korea's lock in on their nuclear weapons, which stays reticent to yield in the first place, to give up in the first place. How do you then resolve the fact that South Korea has them and that South Korea was allowed to have them?" he told a webinar hosted by Washington-based think tank, the Center for Strategic & International Studies (CSIS). 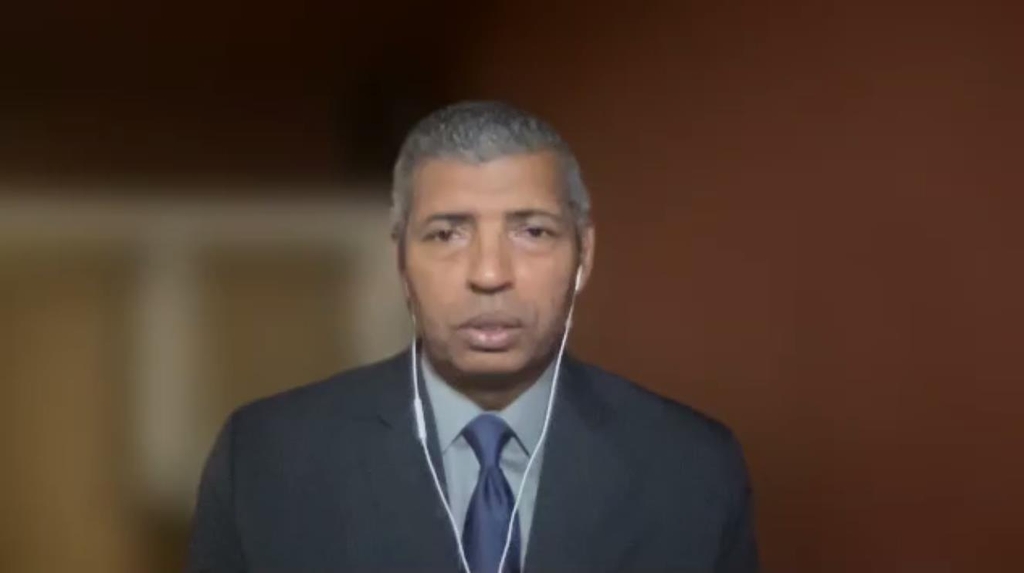 The former Army four-star general also argued South Korea's nuclear armament would raise a number of questions from neighboring Japan and China that will only create a "more tangled Gordian knot for South Korea than it may anticipate."

Some South Koreans, as well as Americans, have occasionally voiced a need for South Korea to have its own defense capabilities to counter North Korea's seemingly growing asymmetrical weapons.

Rep. Steve Chabot (R-OH) argues that discussing the possibility of nuclearizing South Korea may force China to finally exert its influence over North Korea to denuclearize the North.

"The thing that scares the PRC, that keeps them awake at night, is a nuclear Japan or a nuclear South Korea," Chabot said in a webinar last week, referring to China by its official name, the People's Republic of China.

Brooks stressed the need for Washington to continuously reaffirm its defense commitment, as well as its extended nuclear deterrence, to South Korea.

He noted the U.S. often invites skeptical South Koreans to board a nuclear submarine to provide the reassurance they need.

"But it doesn't become universal reassurance. It's for the few policymakers who are actually able to be exposed to it, and we hope that they would provide a contrarian voice to those who would seek to pursue their own nuclear capability in South Korea," he said.

"It must be frequently affirmed in dialogue as it was recently by Secretary (of Defense Lloyd) Austin in his recent trips to Japan and Korea, and also in actions that cause it to become more tangible and that happens through senior level military exchanges and through confidence building activities that make it very clear that it's something that our allies can count on," said Brooks.

Brooks was part of a CSIS commission that on Monday published a report on the U.S.-South Korea alliance.

While the report offers recommendations for the alliance, CSIS President and CEO John Hamre said the report really reflects what the U.S. must do to keep and further develop its alliance with South Korea.

"This is really a group of Americans that all have a deep, passionate commitment to the safety, the security, the prosperity of Korea, for us to join together to think about this next phase of this alliance," he told the webinar.

"This is not America lecturing Korea. This is America talking directly and constructively with one of our most important partners in the world, with Korea, and asking for us together to continue a dialogue because it's in both of our interests to get this, to revitalized and refresh this alliance," added Hamre.