"If volatility increases, the government will focus on stabilizing the bond market by taking timely actions through close cooperating with related agencies," Kim said at a meeting on macroeconomic situations.

The yield on 10-year U.S. Treasury notes surged to top 1.7 percent last week, the highest since January last year, on hopes for an economic recovery and concerns about inflation risks.

The return on 10-year Korean government bonds has also continued to rise in tandem with spikes in global bond rates and concerns about the country's planned massive debt sales. The yield recently surpassed 2 percent for the first time since March 2019.

In an effort to stabilize the bond market, the Bank of Korea (BOK), the country's central bank, bought 2 trillion won worth of government bonds from the market earlier this month.

The country's key stock index suffered losses for the second consecutive session Monday as spikes in bond yields sapped investors' appetite for risky assets. The won hit a five-month low of 1,142.7 per the U.S. dollar on March 10. 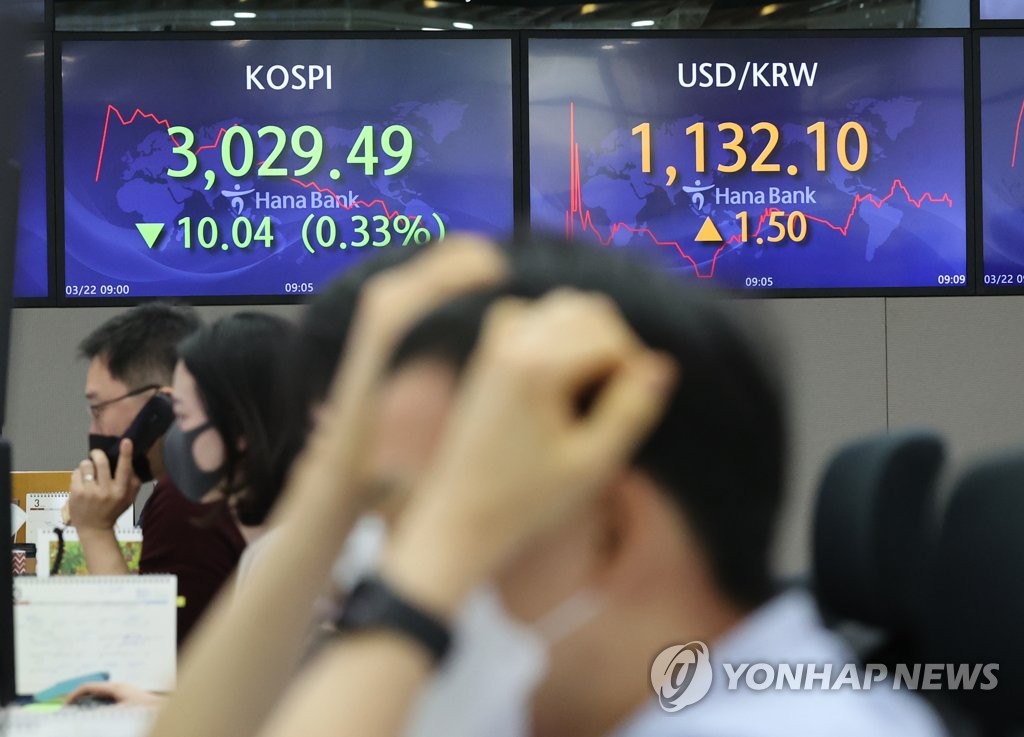