Lavrov is expected to fly in here from China, where he made a two-day visit for talks with Chinese Foreign Minister Wang Yi.

Lavrov last came to Seoul in 2013, when he accompanied Russian President Vladimir Putin on a trip. Before that, he traveled to Seoul in 2009, which followed a visit to North Korea.

On Wednesday, Lavrov and Chung will attend an opening ceremony to mark the official kick-off of a series of events and mutual exchanges that will take place this year in celebration of the 30th anniversary of the establishment of the two countries' diplomatic ties.

Joined by some 50 guests from the two countries in compliance with COVID-19 distancing rules, the ceremony will also feature musical and cultural performances.

The anniversary event was initially set for last year, but it was delayed due to the COVID-19 pandemic. The relations between Seoul and Moscow were established on Sept. 30, 1990.

The two ministers will hold bilateral talks Thursday. They are expected to discuss a broad range of bilateral and regional issues, including North Korea's denuclearization and efforts to further enhance cooperation.

They are also expected to hold a press conference after the meeting.

Seoul's foreign ministry said earlier that Lavrov's visit is expected to serve as "an opportunity to strengthen strategic communication between the two countries and further deepen friendly and cooperative relations."

Lavrov will return to Russia on Thursday. 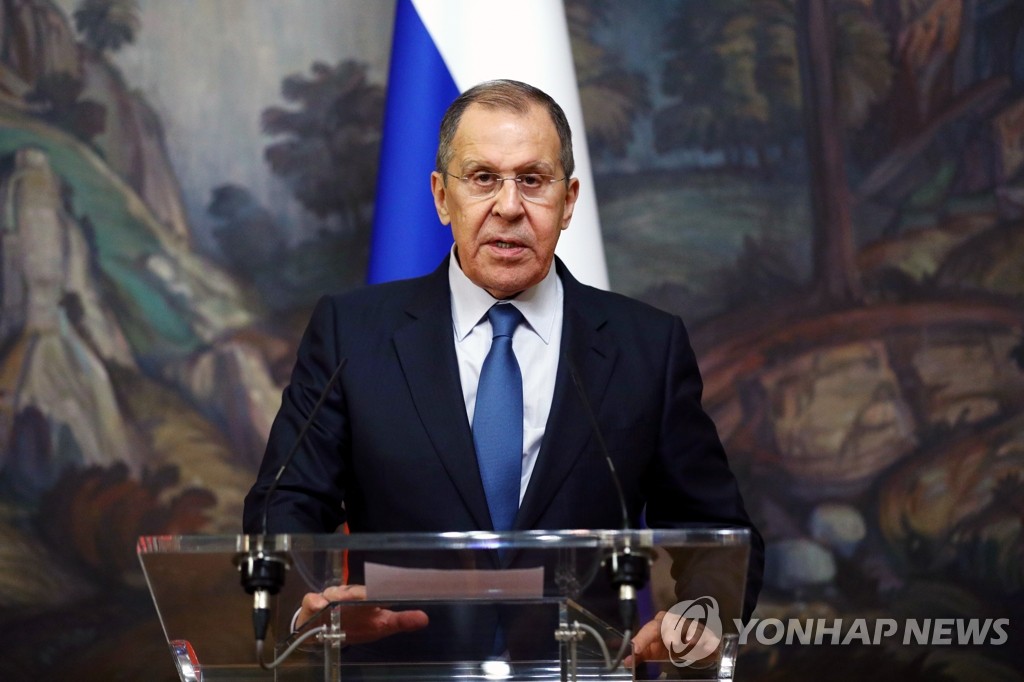