SEOUL, March 23 (Yonhap) -- President Moon Jae-in received his first dose of AstraZeneca's COVID-19 vaccine Tuesday, as he plans to attend a Group of Seven (G-7) summit to be held in Britain.

He received the shot at the Jongno-gu public health center near the presidential compound in Seoul, along with first lady Kim Jung-sook and nine Cheong Wa Dae officials to accompany them on a trip to Britain in June. The G-7 session is scheduled to take place in the seaside resort of Carbis Bay in Cornwall from June 11-13. 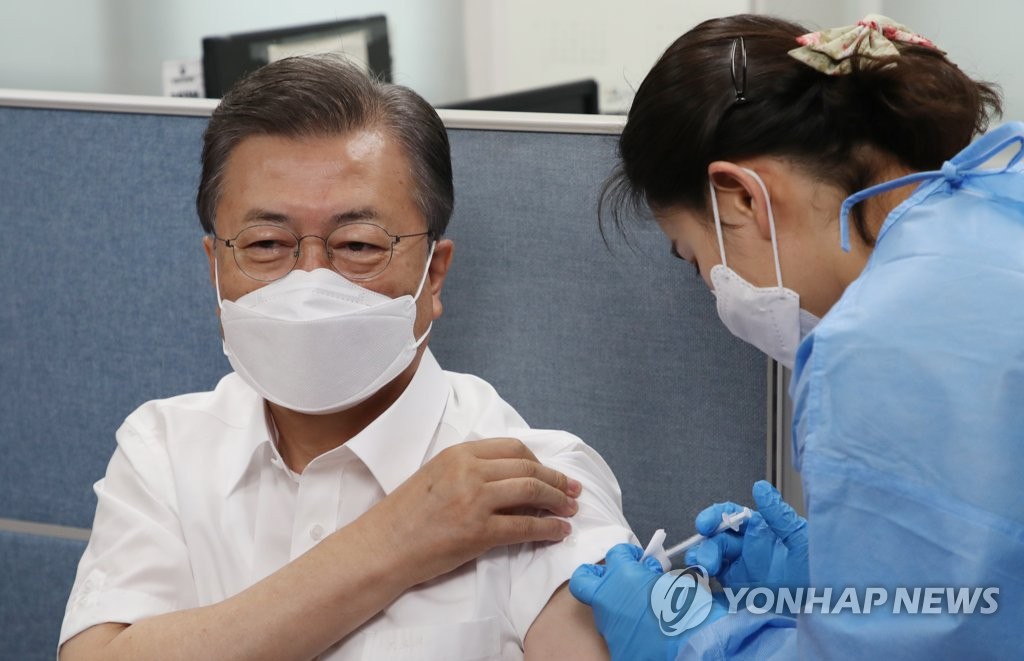 Moon arrived at the facility at 9 a.m. and soon got his temperature, identity and health conditions checked.

He rolled up his sleeve at the request of a nurse.

"Since you are good at giving a shot, it does not hurt at all," Moon said, while receiving it.

South Korea began the AstraZeneca vaccination program for those aged 65 and older on Tuesday following a delay attributable to concerns about its safety.

Local health authorities stated the previous day that they have found no evidence suggesting a correlation between the vaccine and reports of blood clots.

The Korea Disease Control and Prevention Agency (KDCA) has drawn up a priority list of vaccine takers. It allowed an exception for Moon, 68; the 66-year-old first lady; and the Cheong Wa Dae officials, including Suh Hoon, director of national security, for the early inoculation in consideration of diplomacy-related urgency.

The AstraZeneca vaccine requires two shots with an interval of eight to 12 weeks.

The KDCA set the health center as the venue for the president's vaccination. 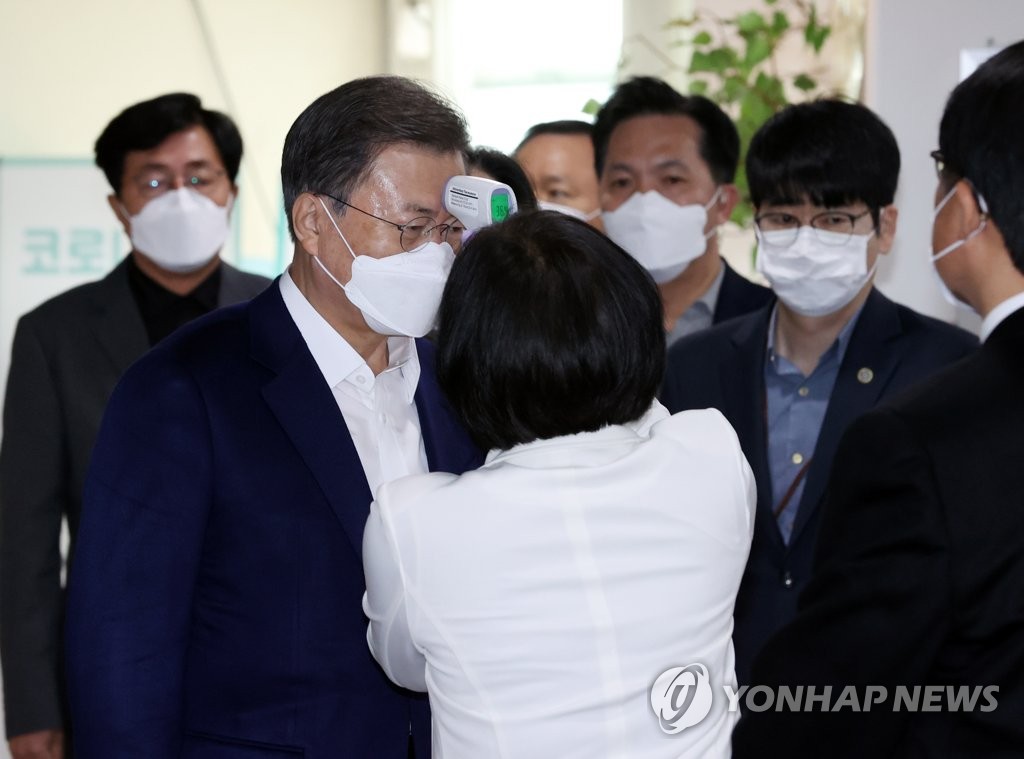