"On the Ground," the title track of her double-track solo release "R," hit No. 70 on the latest version of the Billboard's Hot 100 updated weekly.

This is the second time a K-pop female soloist has made it on the Billboard's main singles chart. In 2016, CL of 2NE1 hit No. 94 with the song "Lifted." 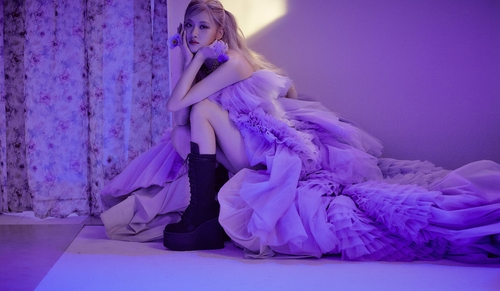 The track, entirely sung in English, also sat atop the Billboard Global 200 and Billboard Global Excl. U.S. charts, becoming the first song by a K-pop female soloist to reach No. 1 on both charts.

The two charts, which kicked off in September, rank songs based on streaming and sales data compiled by MRC Data from more than 200 territories around the world.

"Gone," another song on the New Zealand born star's debut album, also reached No. 29 on the Billboard Global 200.

"Rose, who was born in Auckland, New Zealand, raised in Melbourne, Australia -- and who is now based in South Korea -- is the first artist to have led the list solo and with a group," it reported, noting how BLACKPINK topped the Global Excl. U.S. chart with "Lovesick Girls" in October. 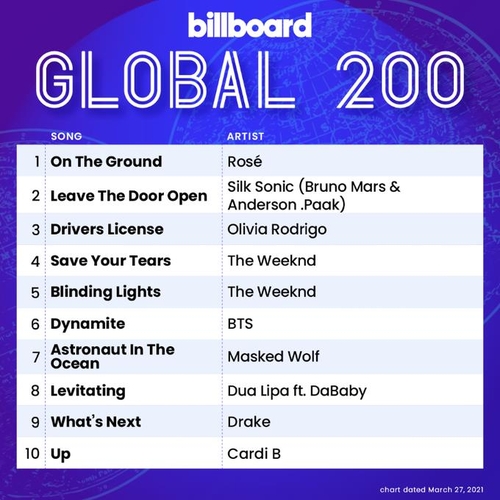 "On the Ground," released on March 12, has been making a splash on global streaming and music charts. The song also reached No. 43 on Britain's Official Singles Top 100, the first song by a K-pop female soloist to rank on the chart.

The track also swept iTunes Top Song charts in 51 territories and reached No. 8 on the streaming giant Spotify. Its music video has been watched more than 100 million times on YouTube in roughly a week.

Her album sold 448,089 units in its first week of release, BLACKPINK's agency said, citing music sales tracker Hanteo Chart. Global preorders for the album hit more than half a million.

Rose made her K-pop scene debut as the main vocalist of the four-piece girl group BLACKPINK in 2016 and became the act's second member to go solo after rapper Jennie. 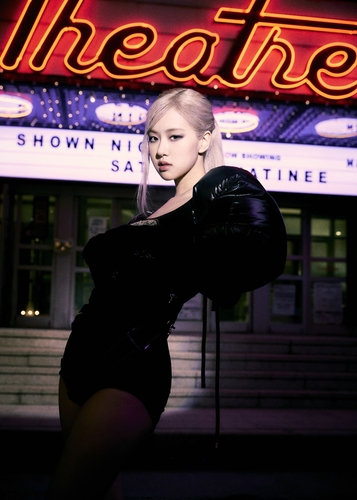 (LEAD) Rose hits No. 70 on Billboard with debut single 'On the Ground'

(LEAD) Rose hits No. 70 on Billboard with debut single 'On the Ground'