SEOUL, March 23 (Yonhap) -- A rancorous Sino-U.S. rivalry that appears to be bringing North Korea and China even closer is casting a pall over cooperation between the major powers in charting a course for Pyongyang's denuclearization, analysts said Tuesday.

The bitter public war of words among top U.S. and Chinese officials in Alaska last week marked a sobering reminder of key geopolitical fault lines between their countries and of the challenge to fostering their cooperation on diverse tricky issues, including peace on the Korean Peninsula.

Compounding the challenge are emerging signs of Beijing and Pyongyang seeking to tighten their unity against "hostile forces" -- with Moscow's sour ties with Washington feared to dim the prospects of cooperation for regional stability.

"The overall geopolitical landscape is apparently making it difficult to create momentum for cooperation among the big powers, though we never know whether things will turn for the better or worse down the road," said Kim Tae-hyung, a professor of international politics at Soongsil University.

"As the U.S. has taken a jab at China's sore spots, China could signal that it may also hit back by touching on things where its cooperation is necessary," he added.

Noting that the Sino-U.S. ties will be "collaborative where it can be, adversarial where it must be," Blinken used the talks to rebuke Beijing's policies on China's western Xinjiang region and Hong Kong as well as its alleged cyber attacks on the U.S. and "economic coercion" toward U.S. allies. 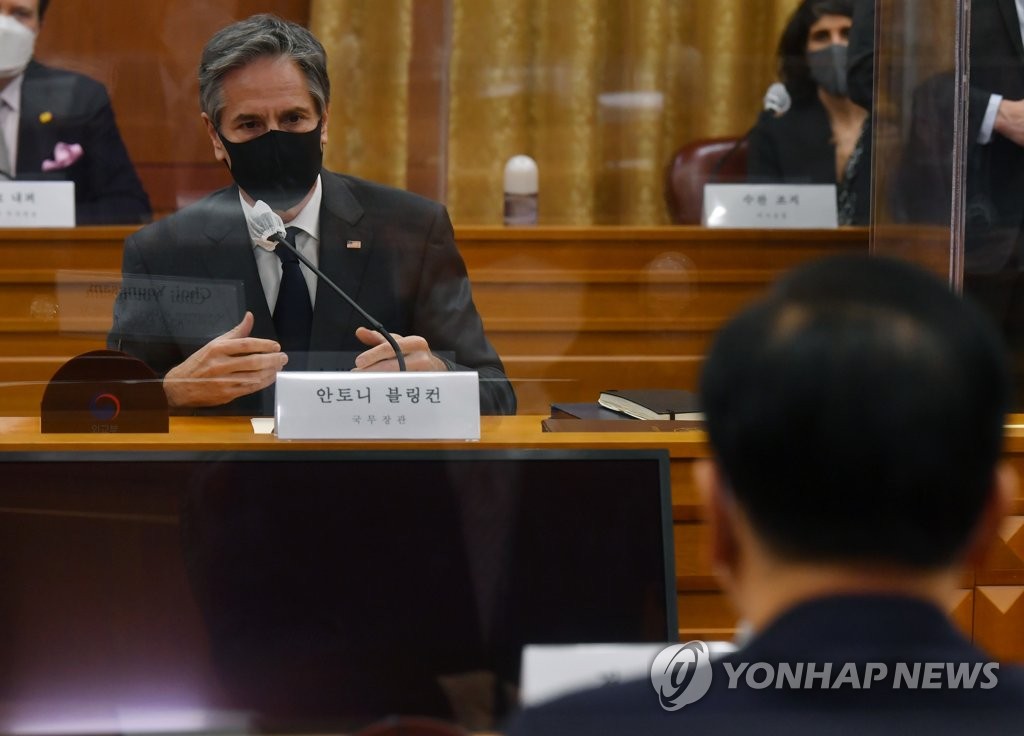 In an angry retort, Yang stressed the need to "abandon the Cold War mentality and the zero-sum game approach," while Wang stressed that China will not accept the "unwarranted accusations from the U.S. side." 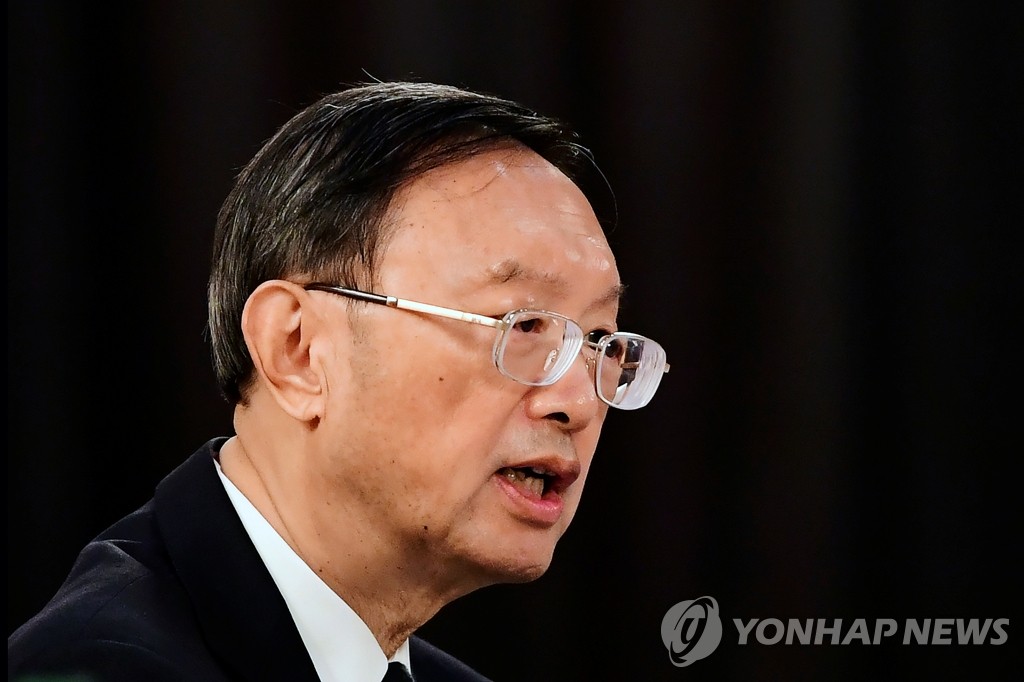 The exchange of barbs came amid lingering hopes that Seoul's drive to resume stalled dialogue with Pyongyang and move forward denuclearization efforts would not be impeded by the friction between Washington and Beijing.

Seoul believes China remains a crucial partner to foster engagement with the North and chart a course for its denuclearization given the two countries' deep-seated diplomatic, ideological and economic relations.

This view was also echoed by the top U.S. diplomat, although his swipe at China during his Asia swing last week cast doubts over whether the Joe Biden administration can enlist Beijing's cooperation.

"China has a critical role to play in working to convince North Korea to pursue denuclearization. China has a unique relationship with North Korea," Blinken told a press conference during his trip in Seoul last Thursday.

"It has tremendous influence, and I think it has a shared interest in making sure that we do something about North Korea's nuclear program and about the increasingly dangerous ballistic missile program," he added.

While tensions between the U.S. and China show no signs of abating, the North and China appear to be closing ranks with each other in a show of solidarity against what they call hostile forces.

North Korean leader Kim Jong-un called for tighter "strategic communication" and "unity" with China in a message to Chinese President Xi Jinping, which he delivered to notify the accounts of the North's ruling party congress earlier this year, the North's Korean Central News Agency reported Tuesday.

Signs of closer relations between the North and China came as the Biden administration has been pushing to "reinvigorate and modernize" America's alliances against China, which Biden has cast as the "only competitor potentially capable of combining its economic, military and technological power to mount a sustained challenge to a stable and open international system."

Further complicating the contours of geopolitics is the deterioration of the relationship between the U.S. and Russia, after the U.S. president last week cast Russian President Vladimir Putin as a "killer" in a shift from the former Trump administration's relatively soft stance on Moscow.

Attention is now fixated on this week's trip to Beijing and Seoul by Russian Foreign Minister Sergey Lavrov, amid expectations that he could reassert Russia's role in fostering peace on the peninsula.

The North's unresponsiveness to calls for dialogue by both Seoul and Washington, and its repeated calls for the withdrawal of the U.S.' "hostile" policies are also darkening chances of an early resumption of diplomacy with Pyongyang.

Washington has said that it has reached out to Pyongyang through various channels, including in New York, but Pyongyang has not responded. North Korean First Vice Foreign Minister Choe Son-hui later said that it will continue to ignore any contract from the U.S. unless Washington withdraws its policies against Pyongyang.

The U.S. is currently conducting a thorough policy review on how to deal with the North in close coordination with its allies, including South Korea and Japan, with the review process expected to be completed in the coming weeks.

Washington's emphasis on the collaborative review process suggested its preference for a multilateral approach involving the allies, which raised concerns that coordination with the allies could be slow particularly when Seoul and Tokyo are caught in persistent historical rows.