Sources say there have been "multiple signs" that the communist country has deployed multiple rocket launchers and other weapons on the inter-Korean border islet of Changrin.

"Our military has been closely tracking and monitoring North Korea's military moves, while the South Korean and the U.S. intelligence authorities have been maintaining a close cooperation," JCS spokesperson Col. Kim Jun-rak told a regular briefing.

"Leaving all possibilities open, we maintain a readiness posture," he added.

A military officer said that such signs were first detected months ago, though the island has long housed large troops and "many kinds" of weapons, such as coastal guns.

Changrin Islet is located just north of the Northern Limit Line (NLL), the de facto inter-Korean maritime border, and around 45 kilometers away from the island of Yeonpyeong in South Korea.

It is where the North carried out artillery firing drills involving coastal guns in November 2019 under the guidance of leader Kim Jong-un. Seoul's defense ministry says it is in violation of the 2018 inter-Korean military agreement.

Multiple rocket launchers are believed to pose greater threats to South Korea than coastal guns. The North has showed off several new weapons of the kind, along with ballistic missiles, over the past couple of years amid stalled denuclearization talks with the U.S. 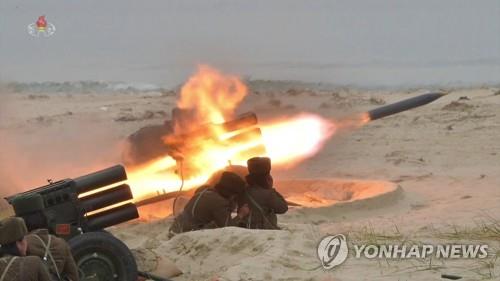 Some say that the recent deployment aims to nullify the military agreement, named the Comprehensive Military Agreement (CMA), under which the two Koreas agreed to halt all hostile acts against each other.

It also calls for setting buffer zones along their air, land and sea borders to reduce tensions and prevent accidental clashes.

"I don't think that the deployment of specific arms constitutes the violation or nullification of the agreement," defense ministry spokesperson Boo Seung-chan said.

Last week, leader Kim's sister Yo-jong warned of possibly scrapping the pact and cutting off dialogue with the South in protest over the South Korea-U.S. joint military exercise.

Many have predicted that the North could undertake provocations in the early months of the Biden administration.

Currently, North Korea is carrying out its wintertime drills, which are believed to have begun in December and usually continue through the end of March, according to officials. 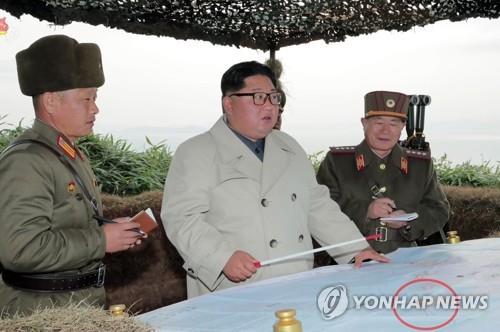