SEOUL, March 23 (Yonhap) -- While finishing dead last in South Korean baseball last year, the Hanwha Eagles ranked at or near the bottom in most offensive categories.

Their hitters struck out 1,163 times, more than any team in the Korea Baseball Organization (KBO) in 2020. The Eagles struck out 21.2 percent of the time that they came to the plate, and no other team had a strikeout rate of more than 20 percent. 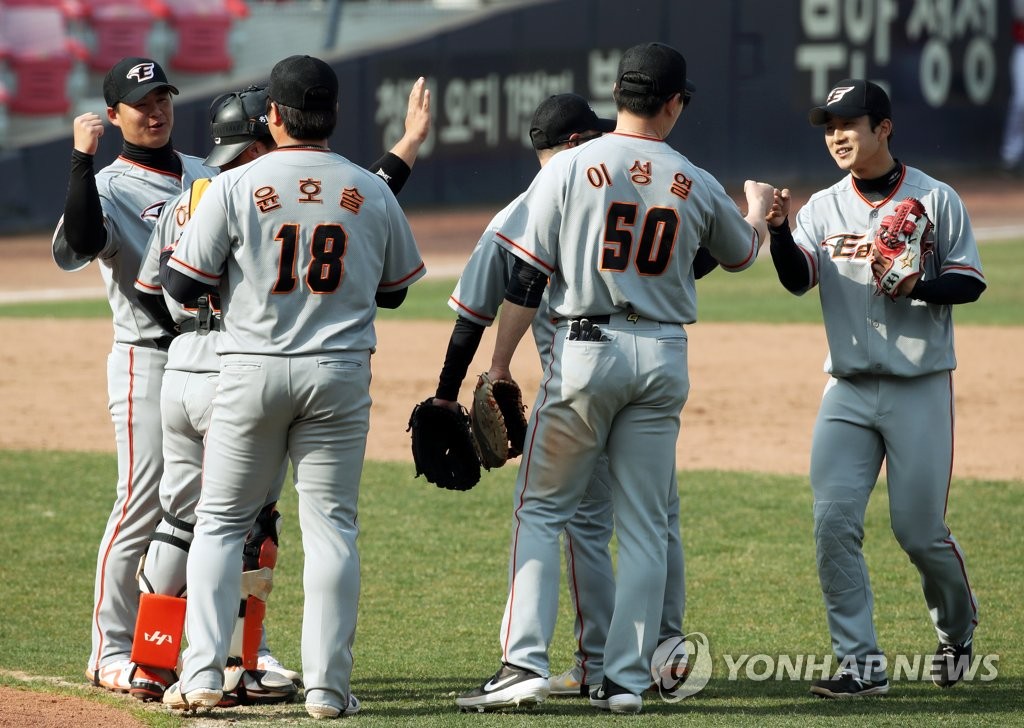 It would stand to reason that one of the key tasks for their new manager, Carlos Subero, would be to cut down on those strikeouts.

"I would say more than reducing strikeouts, what's important is increasing on-base percentage and slugging percentage," Subero said prior to a preseason game against the Doosan Bears at Jamsil Baseball Stadium in Seoul. The Eagles finished last in those categories too, with .320 on-base and .338 slugging percentages.

Subero cited an example from Monday's 12-5 victory over the Bears. In the top of the first inning, No. 7 hitter Jang Woon-ho stepped in with one out and the bases loaded, and with the Eagles ahead 2-0. 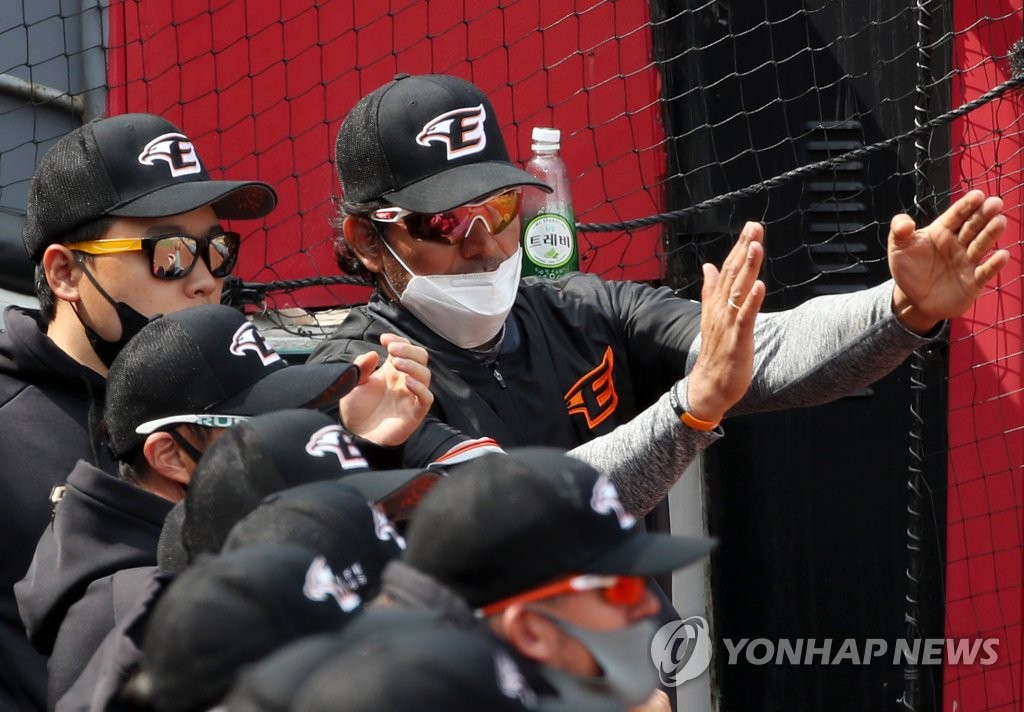 On a 3-2 count, Jang took what Subero said was "a tough, borderline pitch" from starter Ariel Miranda that, if Jang had swung on, he would have grounded into an inning-ending, rally-killing double play.

By only getting himself out, Jang kept the line moving. The Eagles ended up scoring five more runs and chased Miranda from the game in the process. Subero said Jang's strikeout even drew praise from hitting coach Johnny Washington, because the Eagles still had the bases full against a struggling pitcher who'd walked the first three batters of the game. 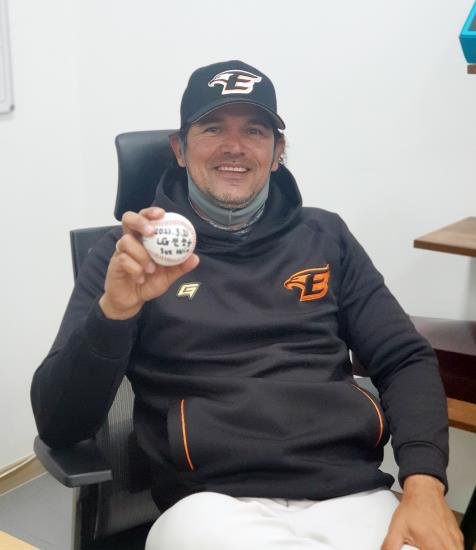 "We ended up scoring five more runs because somebody decided to take that borderline pitch," Subero said. "That's why, for us, strikeouts aren't as important as on-base percentage, slugging percentage and making sure we're hitting drivable pitches."

Subero said he is happy with the progress the Eagles have made so far in all areas this spring, and the win-loss record at this point is secondary for the manager of the rebuilding club.

"For our hitters, yesterday was definitely our best display (in terms of improving on-base percentage)," Subero said. "Miranda threw pitches that were close in the zone, and we were able to take them. It was real good to see."

Reducing strikeouts not so important for KBO club manager

Reducing strikeouts not so important for KBO club manager