SEOUL, March 23 (Yonhap) -- Defense Minister Suh Wook has no plans to discuss the U.S.-led regional forum Quad with his Indian counterpart during his visit to the country this week, the defense ministry said Tuesday.

Suh, who has been on a visit to the United Arab Emirates (UAE), is scheduled to arrive in India on Thursday for a three-day visit.

The planned visit to India spurred speculation that Suh could discuss the Quad forum during his talks with Indian Defense Minister Rajnath Singh. Involving the United States, Australia, Japan and India, Quad is a network of countries seen as aimed at keeping China's growing influence in check.

But his ministry said the upcoming talks will focus on defense cooperation between the two countries.

"(Suh's) India visit comes at the request of the Indian defense ministry and there is no plan to discuss the Quad," ministry spokesman Boo Seung-chan said during a regular press briefing.

Washington has been seeking to expand the forum, but South Korea has maintained that it has not been invited by the forum and that it is willing to join any form of regional cooperation initiative as long as it is "transparent, open, inclusive and in line with international norms."

Suh also had talks with his U.S. counterpart, Lloyd Austin, in Seoul last week, but the ministry has stressed that the Quad was not among the agenda items. 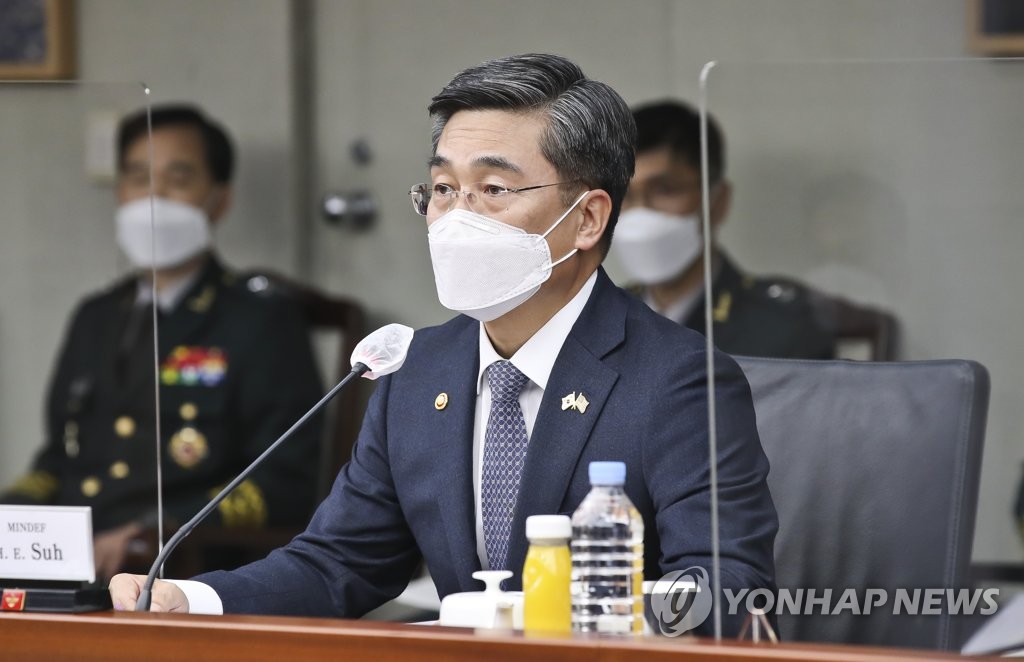