BUSAN, March 23 (Yonhap) -- Another "first" in South Korean baseball came off the board for Choo Shin-soo on Tuesday: this time, his first RBI.

In fact, the SSG Landers' star picked up two RBIs with one swing of the bat. Batting third as a designated hitter against the Lotte Giants at Sajik Stadium in Busan, 450 kilometers south east of Seoul, Choo knocked in two runs with a two-out single in the top of the third inning. 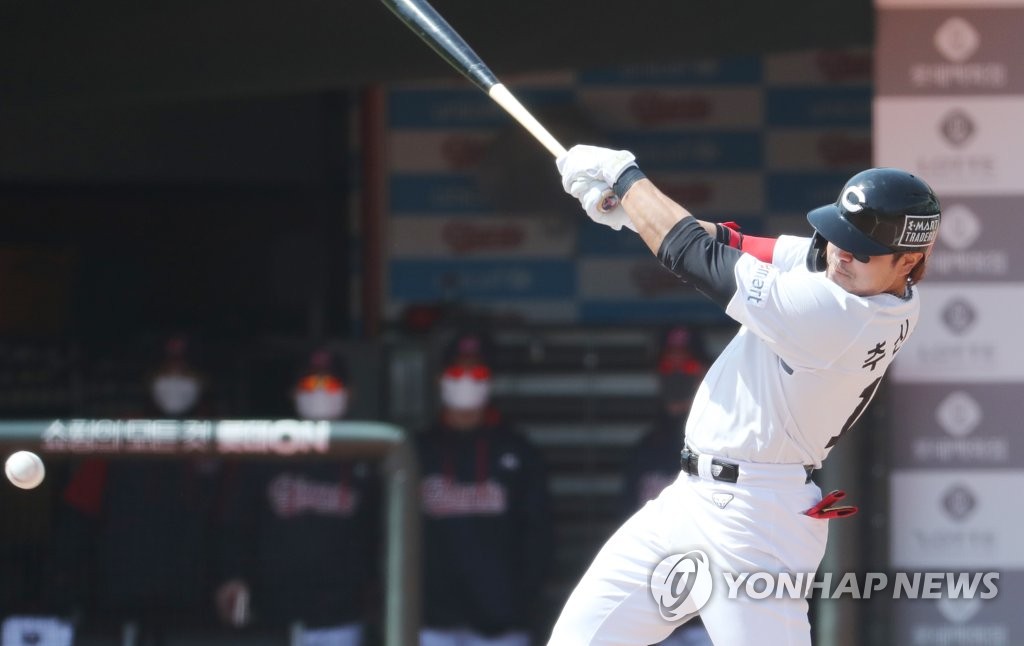 Facing Park Se-woong with the bases loaded, Choo pulled a ground ball to an area where the second baseman An Chi-hong would normally have played. Instead, An had shifted toward the first base side with the left-handed hitting Choo at the plate. An attempted a diving play to his right, but the ball ricocheted off his glove and rolled into center field, allowing two runners to cross the plate.

Choo, a 16-year major league veteran who signed with the Landers last month, played in his third preseason game Tuesday. He had gone hitless Sunday, and got his first hit, walk and run Monday. 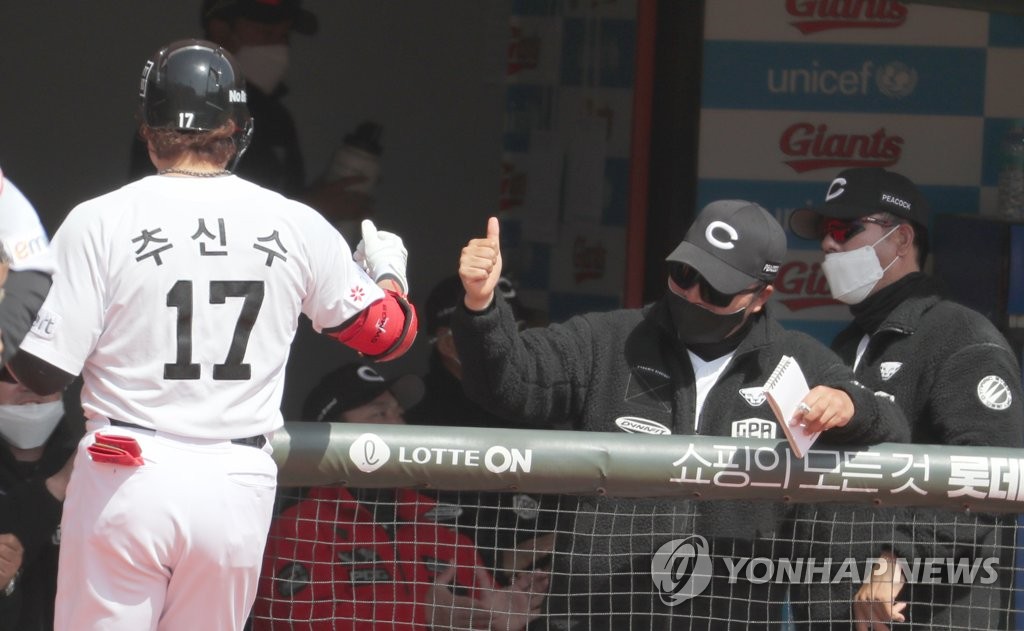 Before his third-inning breakthrough, Choo struck out swinging in the first inning. Choo drew a walk in the sixth inning and was lifted for pinch runner Ko Jong-wook.

Choo said afterward he didn't make good contact on his RBI hit and he was just fortunate.

"I think the ball just went to the right place," Choo said. "The result was good, but I didn't swing the bat the way I wanted. I was hoping to make harder contact."

As for getting his first RBIs, Cho said, "These are just preseason games. I am not putting too much stock into RBIs now. It's all about seeing pitches and maintaining my balance."

With the RBI out of the way, Choo is now looking for his first KBO home run, albeit in a preseason setting.

Choo is the all-time leader among all Asian-born hitters in major league history with 218 home runs and 782 RBIs. 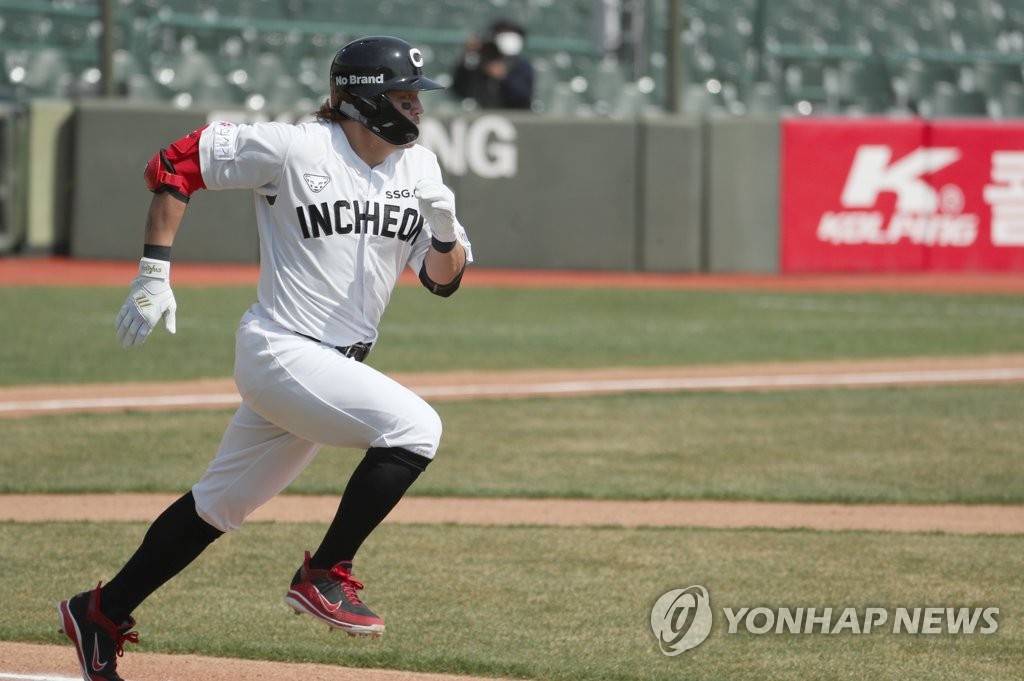