The producer price index, a barometer of future consumer inflation, stood at 105.85 in February, compared with 105.05 a month earlier, according to the Bank of Korea (BOK).

The index gained 2 percent from the previous year, the BOK data showed.

The prices of agricultural goods gained 5.1 percent on-month in February, and the prices of livestock and fishery goods rose 2 percent and 0.2 percent, respectively, from the previous month, the BOK said.

Consumer prices climbed 1.1 percent on-year in February on a rise in prices of farm goods. But they are still below the BOK's 2 percent inflation target over the medium term. 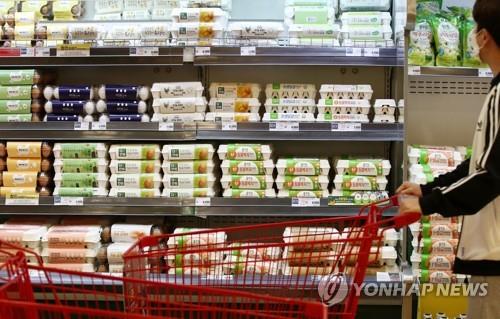 Producer prices up for 4th month in February

Producer prices up for 4th month in February