Healy's shot, off reliever Yoon Myung-june in the top of the sixth inning at Jamsil Baseball Stadium in Seoul, erased a 2-0 Doosan lead. The Eagles scored another run in the same inning and held on for a one-run win. 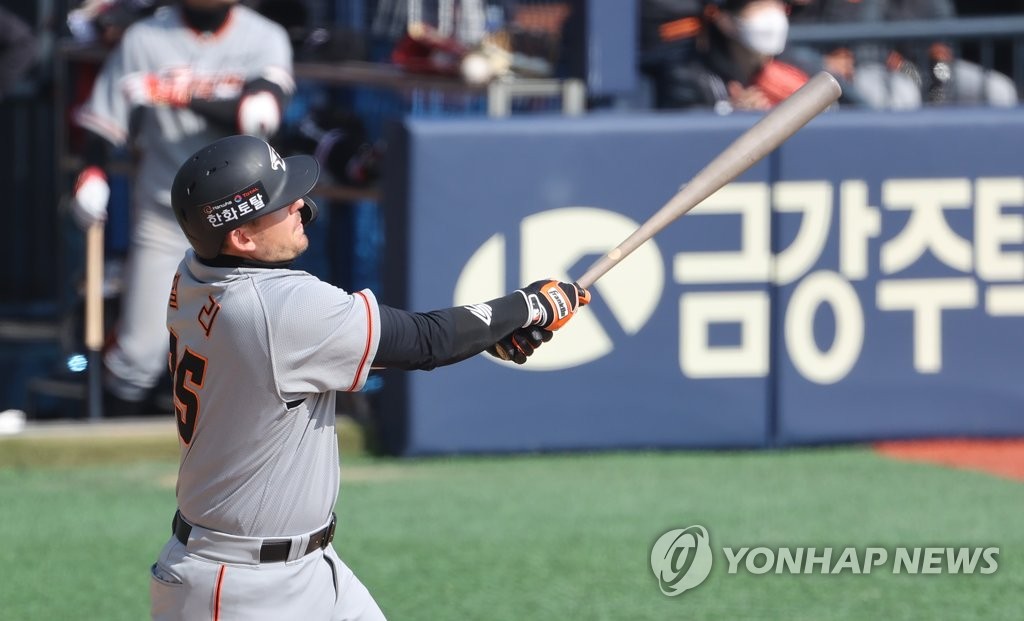 "I was looking for a pitch to drive, maybe hit a ball in the gap and let the guys run a little bit," Healy said afterward. "Definitely, (I was trying to) keep the ball off the ground."

Healy turned on a 2-2 curveball from Yoon. He saw the same pitch earlier in the at-bat and knew how to stay ready.

"I felt like as the at-bat progressed, I saw all the pitches that he had," Healy said. "I knew where the ball needed to start for me to be able to hit it."

The ball traveled 110 meters into the seats in left field at the KBO's most cavernous stadium. Healy said he wasn't sure if the ball was going to leave yard because the wind was blowing in and added, "Definitely (it was) a very satisfying feeling." 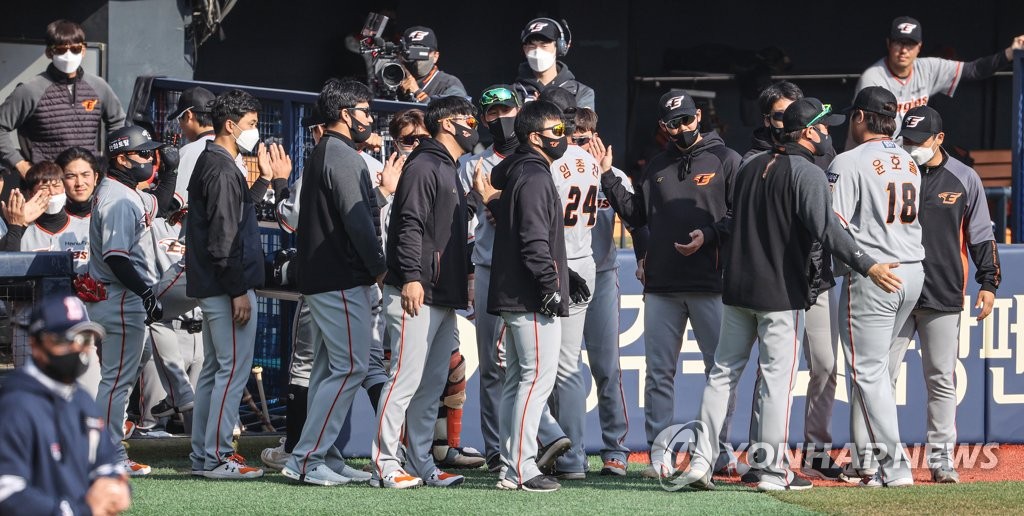 The Bears got on the board in the bottom third, thanks to Jose Miguel Fernandez's two-out single. They doubled that lead in the fifth, when Jung Soo-bin came through with a two-out single of his own.

The Eagles were held to just two hits over 4 2/3 innings against Doosan starter Choi Won-joon but quickly took the lead against the bullpen.

Left-hander Jang Won-jun walked the first two batters of the sixth inning. Right-hander Yoon Myung-june relieved him, and Healy, a two-time 20-homer hitter in the majors, greeted him with a towering three-run home run that put the Eagles up 3-2.

The Eagles added another run later in the sixth on a throwing error by rookie shortstop Ahn Jae-seok. 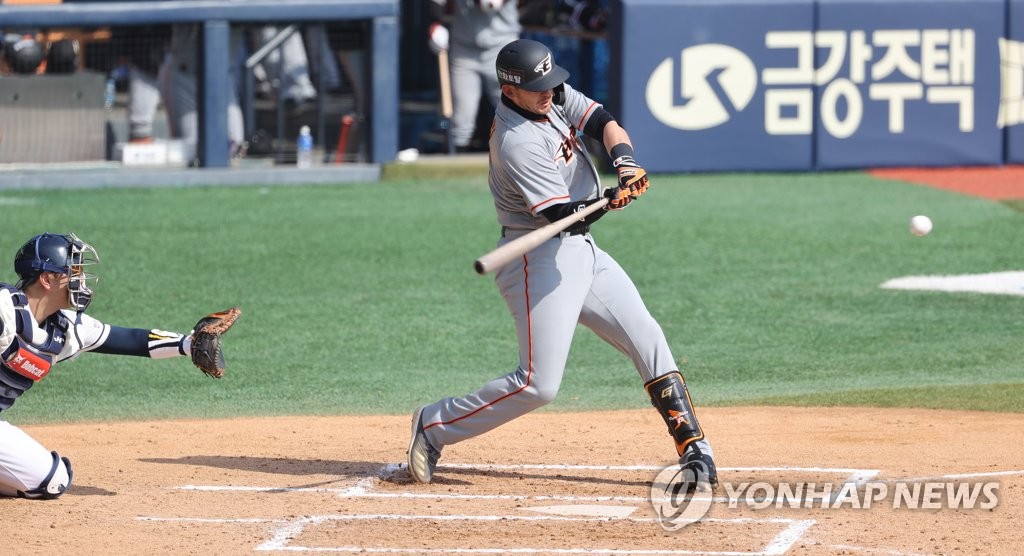 The Bears got to within a run in the bottom sixth, as Heo Kyoung-min, the regular third baseman, came off the bench to deliver a two-out, pinch-hit single.

The Bears failed to cash in on late opportunities, though. Their first two hitters reached bases in the bottom seventh, but a double play and another groundout ended the rally.

In the bottom eighth, Park Gye-beom doubled with two outs but was stranded there. 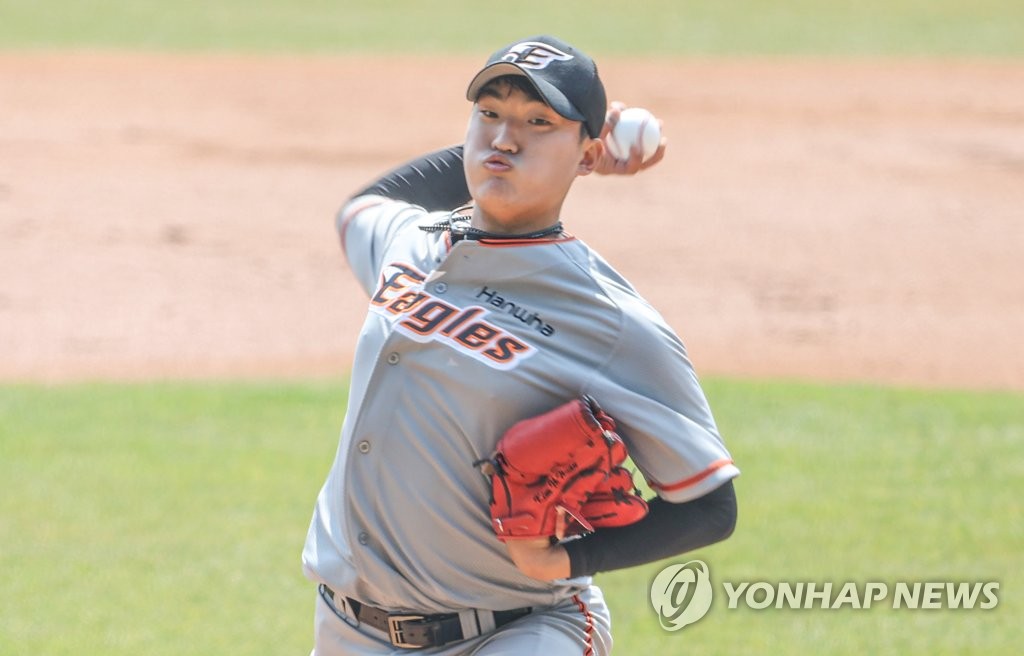