Suh met with Mohammad Ahmed Al Bowardi, the UAE's minister of State for Defense, and other senior UAE military officials during his visit to the Middle Eastern nation, as part of efforts to improve bilateral cooperation in a wide range of defense-related areas, the ministry said.

During his four-day visit, Suh plans to visit South Korea's Akh Unit dispatched to the Middle Eastern country, as the unit celebrates the 10th anniversary of its service there.

On Thursday, Suh will fly to India for a three-day visit to meet his Indian counterpart, Rajnath Singh. 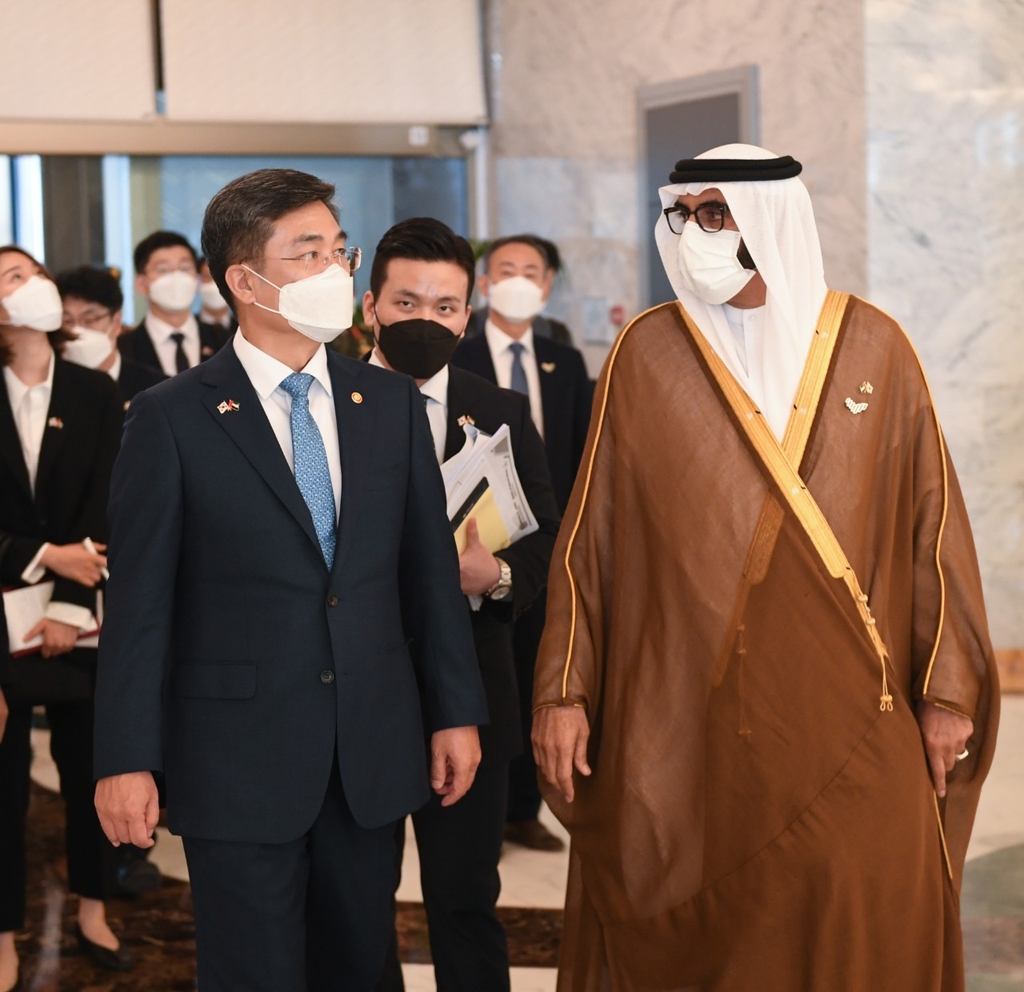