WASHINGTON, March 23 (Yonhap) -- It is North Korea that threatens security and stability on the Korean Peninsula, U.S.Defense Department spokesman John Kirby said Tuesday, adding that it is North Korea the U.S. is focused on when it talks about denuclearization of the peninsula.

"I think it's a distinction without a difference," Kirby told a press briefing when asked if there existed a difference. 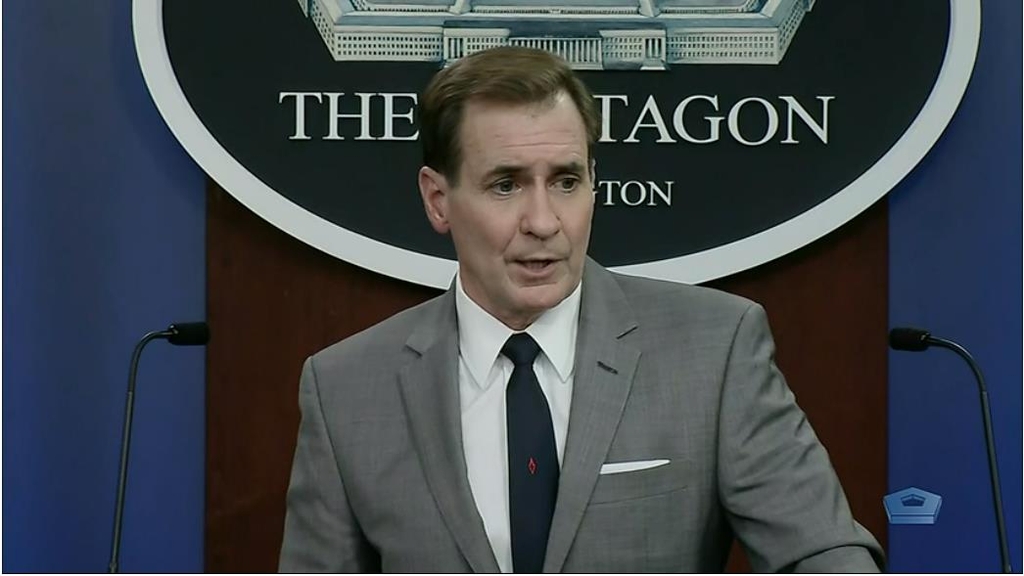 Both countries, however, have often used both terms interchangeably.

"The United States remains fully committed to the defense of the Republic of Korea, using the full range of U.S. capabilities, including our extended deterrent. As the United States and the Republic of Korea continue to maintain a robust combined defense posture, we also remain committed to the denuclearization of the Korean Peninsula," Defense Secretary Lloyd Austin said last week in a joint press event with Secretary of State Antony Blinken and their South Korean counterparts in Seoul.

Still, the Pentagon spokesman noted it is North Korea that poses threats to peace on the Korean Peninsula.

"It's Pyongyang. It's Kim Jong-un that is threatening security and stability on the peninsula and the region through his weapons of mass destruction and his nuclear program and that's what we're focused on. That's what we want to see. That's, when we talk about denuclearization, that's what we're talking about," said Kirby.

North Korea has conducted six nuclear tests so far, the last one held in September 2017.

"We know that China has influence in Pyongyang, and we would like to see them use that influence to help with the denuclearization," he said.

The call for Beijing to help comes amid a growing rivalry between the U.S. and China, which in turn may be encouraging China and North Korea to close ranks.

The North Korean leader has recently called for "stronger strategic communication and unity with China to cope with the hostile forces" in an oral message to Chinese President Xi Jinping, the North's state media reported Tuesday (Seoul time).

Pyongyang has stayed away from denuclearization negotiations since the second U.S.-North Korea summit between its leader and Donald Trump, held in Hanoi in February 2019, ended without a deal