The 47-member council adopted the resolution by consensus in its 46th session in Geneva on Tuesday (local time), according to officials.

South Korea took part in the adoption process by consensus and not as a co-sponsor of the resolution, a position that it has remained in for the past three years amid its efforts toward the peace process with North Korea.

Seoul's foreign ministry said earlier that the unchanged position is based on a "comprehensive consideration of various situations."

The adoption of the resolution came after U.S. Secretary of State Antony Blinken accused the "authoritarian regime" in Pyongyang of "systemic and widespread abuses" against its own people last week.

After rejoining the Human Rights Council earlier this year following its withdrawal in 2018, the U.S. participated in the resolution as a co-sponsor. Other co-sponsors this year include the European Union and Japan.

This year's resolution mostly repeats the council's concerns over rights abuses in North Korea, urging Pyongyang to acknowledge the gruesome situations and bring the perpetrators to account. It also calls for the North to cooperate with the international community to tackle the COVID-19 pandemic.

The latest resolution also newly includes concerns about the rights infringement of unrepatriated prisoners of war and their descendants. 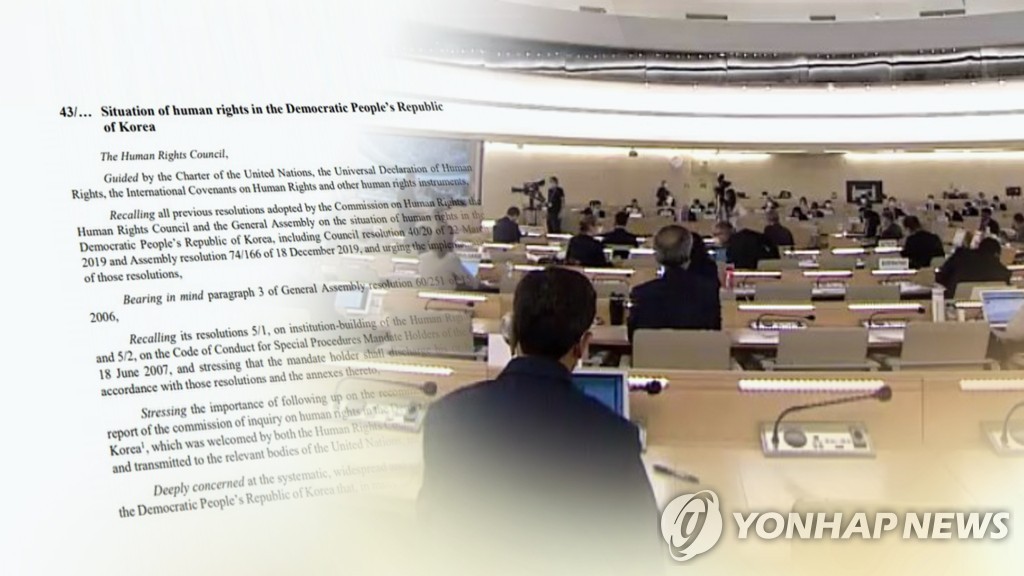