WASHINGTON, March 24 (Yonhap) -- Despite its harsh rhetoric and threats to further advance its weapons of mass destruction, North Korea wants to change and the United States must find what it is that the North truly wants and how to best approach the challenge, a former U.S. Forces Korea (USFK) commander said Wednesday.

"I am of the view that the nuclear arsenal is not an end unto itself, but rather a lever to gain and maintain the attention of the United States and the international community to achieve a deeper purpose, and the challenge is finding that deeper purpose -- what it is that North Korea really, really wants," the former four-star general said in a webinar hosted by the Hudson Institute, a Washington-based think tank.

"I remain with the view that the door is still open to change the dynamics on the Korean Peninsula, and that is even with the harsh rhetoric from Kim Yo-jong and then Choe Son-hui," he added, referring to North Korean leader Kim Jong-un's sister and first vice foreign minister of the North. 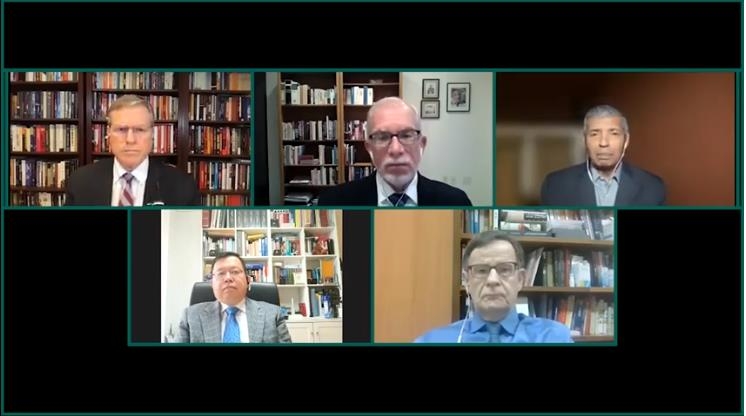 The North Korean leader's sister issued a statement last week, saying the new Biden administration had better refrain from causing a "stink" if it wishes to sleep in peace over the next four years.

The harsh rhetoric came after the U.S. said it had tried to reach out to North Korea since mid-February, but to no avail.

Later in the week, the North's first vice foreign minister said her country will continue to ignore U.S. overtures unless Washington gives up its hostile policy toward Pyongyang.

Brooks reiterated, "Both of these, however, did not foreclose direct dialogue with the United States, and it's my view that Kim Jong-un in North Korea wants change."

The former USFK commander noted the impoverished North has endured decades of economic hardship, exacerbated by U.N. Security Council sanctions in 2017, largely thanks to what little help China has provided.

"So China's influence is very clear in North Korea. They are not allies, but they do have considerable leverage over top of North Korea's behavior and its economy," he said.

He, however, argued it may be exactly the kind of relationship that North Korea wants to change.

"It is China that has left North Korea a basket case for these years. China could long since have improved North Korea's economy in the same way that the United States enabled the emergence of South Korea's economy. And China has not done it, and they will not do it because it is not in their interest," said Brooks.

"North Korea is probably seeking something very different in terms of security guarantees than what we've been thinking about," he added.

Brooks argued the North has also expressed its wish to change.

"I would tell you that we must not miss the signals when North Korea is signaling that they're reducing military authority as they did in the Eighth Party Congress," he said.

"Yes, they may talk about the greatest weapon ever. But that's more to appease the hardliners in country and be given room to change the North Korean society from the inside, not from the outside," Brooks said.

"Kim Jong-un is the one who wants to change North Korean society. How do we help him do that in a way that changes the geopolitics of the region? That is a much more complex challenge," he added. "The ultimate challenge then for the Biden administration is finding the right combination of actions."