SEOUL, March 25 (Yonhap) -- North Korea carried out ballistic missile launches for the first time in about a year Thursday, increasing pressure on the United States as the administration of President Joe Biden prepares to announce a new policy on the North.

Two short-range missiles, believed to be ballistic ones, were fired into the East Sea from the North's eastern town of Hamju at 7:06 a.m and 7:25 a.m. and flew around 450 kilometers with an altitude of 60 km, according to the Joint Chiefs of Staff. 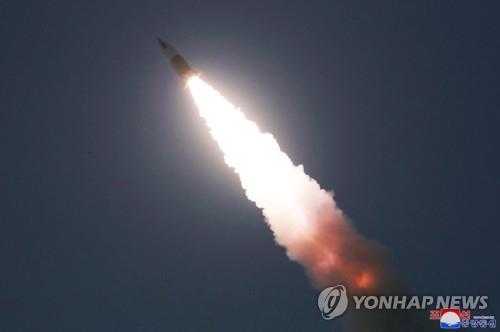 The U.S. brushed off the cruise missile launches as part of "normal testing" not banned under U.N. sanctions resolutions, with President Joe Biden saying, "nothing much has changed."

But ballistic missile launches constitute a violation of U.N. Security Council resolutions. They have a much longer range than cruise missiles of the same size and move quickly along their flight path.

Still, Pyongyang has maintained a self-imposed moratorium on nuclear and long-range missile testing since late 2017.

Washington's reaction to the latest missile launches was not immediately available.

But the U.S. military said they highlight the threat the North poses.

Experts say the North could have tested an upgraded version of its KN-23 missile, which resembles Russia's Iskander, given the projectiles' flight range and apogee.

Compared to the original version, the new missile -- showcased during a military parade in Pyongyang in January -- has a conical warhead with a five-axle transporter erector launcher (TEL).

The North's Iskander is known to have a flight range of 400 to 600 km and mainly targets South Korea.

Rather than following a general parabolic trajectory, the missile shows a more complicated path by doing a so-called pull-up maneuver over the course of its flight.

Asked whether the latest missiles showed such a pull-up maneuver, officials said analysis was still under way.

The latest launch also came as the Biden administration was completing its North Korea policy review, with the U.S. president set to hold his first press conference since inauguration on Thursday (Washington time).

Seoul's spy agency said the missile launches could be timed to precede the planned presser, according to lawmakers.

"The intelligence authorities seem to be considering Biden's press conference as a key factor (behind the North's missile launches)," a member of the parliament's intelligence committee told Yonhap News Agency after receiving a report from the National Intelligence Service.

The launches could also be a protest against a U.N. Human Rights Council resolution on the North's human rights violations and Malaysia's extradition of North Korean businessman Mun Chol-myong to the U.S., the lawmaker said.

Kim Yo-jong, the powerful sister of the North Korean leader, also earlier warned the U.S. not to "cause a stink" if it wants to sleep in peace for the next four years.

Cheong Seong-chang, a senior fellow at the Sejong Institute think tank, said that if the U.S. sanctions the North for the latest missile launches, Pyongyang would consider it "confirmation" of Washington's "hostile policy" and move on to testing other weapons, such as a submarine-launched ballistic missile.

"North Korea's launch of ballistic missiles put the Biden administration at a crossroads of whether to return to the Obama administration-era U.S.-North Korea relations or to pursue new good-for-good relations," he said.

The North could have determined it is practically impossible to hold talks with the U.S. after watching U.S. Secretary of State Antony Blinken denounce the North's human rights record during his trip to Seoul earlier this month, Cheong said.

"North Korea is expected to continue with a show of force at least until the April 15 birthday of Kim Il-sung, while considering how to deal with (the U.S.) going forward," he said, referring to the North's national founder and the grandfather of current leader Kim Jong-un. 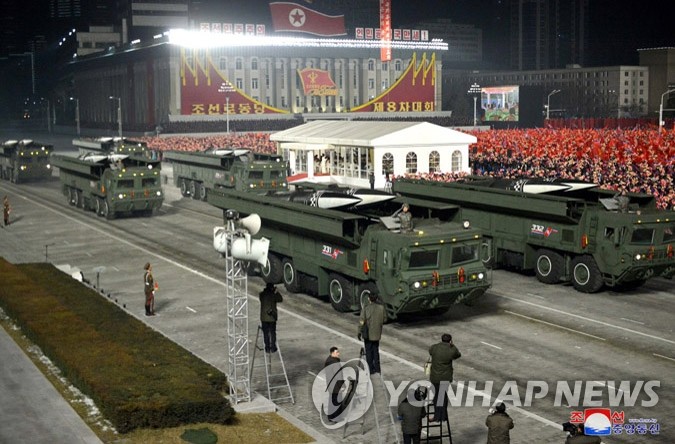