SEOUL, March 25 (Yonhap) -- South Korea's total virus caseload topped 100,000 on Thursday, about one year and two months after reporting its first confirmed case, as health authorities warned that the tally is expected to rise further amid sporadic cluster infections.

The country's accumulated COVID-19 cases surpassed the 90,000 mark on March 1, indicating that it took 24 days for the country to add another 10,000 infections, the KDCA said. 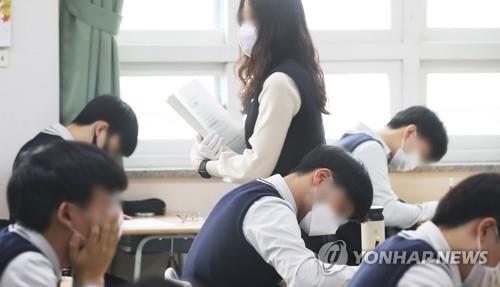 Health authorities expect the pace of the current virus cases to be maintained down the road as the daily number of virus cases has been staying in the triple digits over the past five months amid the third wave of the outbreak.

South Korea had successfully flattened the virus curbs on the back of quick testing and virus curbs without lockdowns.

The country faced its first wave of the outbreak tied to the minor religious sect of Shincheonji in the southeastern city of Daegu early last year.

The second wave then gripped the country in late August in connection with a church in northern Seoul and an anti-government rally on Aug. 15.

Daily infections rebounded to over 400 on Wednesday after falling to 346 on Tuesday. The daily caseload stayed above 400 for the previous six days through Monday.

To curb the pandemic in the greater Seoul area, which is home to roughly half of the country's 52 million population, the KDCA extended virus curbs, the third highest in the five-tier virus restriction that were set to expire on March 14 for another two weeks until Sunday.

The KDCA said it will decide Friday whether to again extend the current virus curbs by another two weeks, but given the current situation, the measures are highly likely to be extended.

Health authorities have also said they will ratchet up efforts to speed up the inoculation campaign by stepping up the AstraZeneca COVID-19 vaccine rollout after confirming there is no evidence of a correlation between the vaccine and blood clots found in some recipients.

The use of the vaccine for elderly citizens had been suspended for weeks as safety concerns arose after reports of blood clots in people who received the AstraZeneca vaccine in Europe.

The country's COVID-19 vaccine rollout increased at a snail's pace as the AstraZeneca COVID-19 shot for elderly citizens aged 65 and older started Tuesday.

Also, the second batch of Pfizer Inc.'s COVID-19 vaccines arrived in the country Wednesday as part of a contract with the U.S. drug company to inoculate 13 million people. They will be used for people aged 75 and older this time starting April 1. 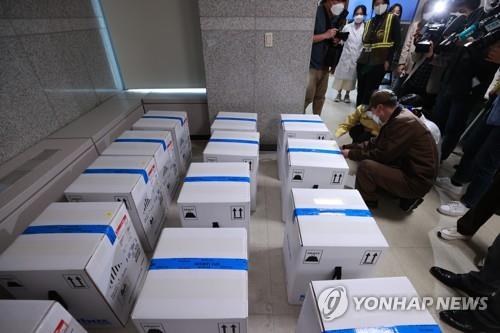